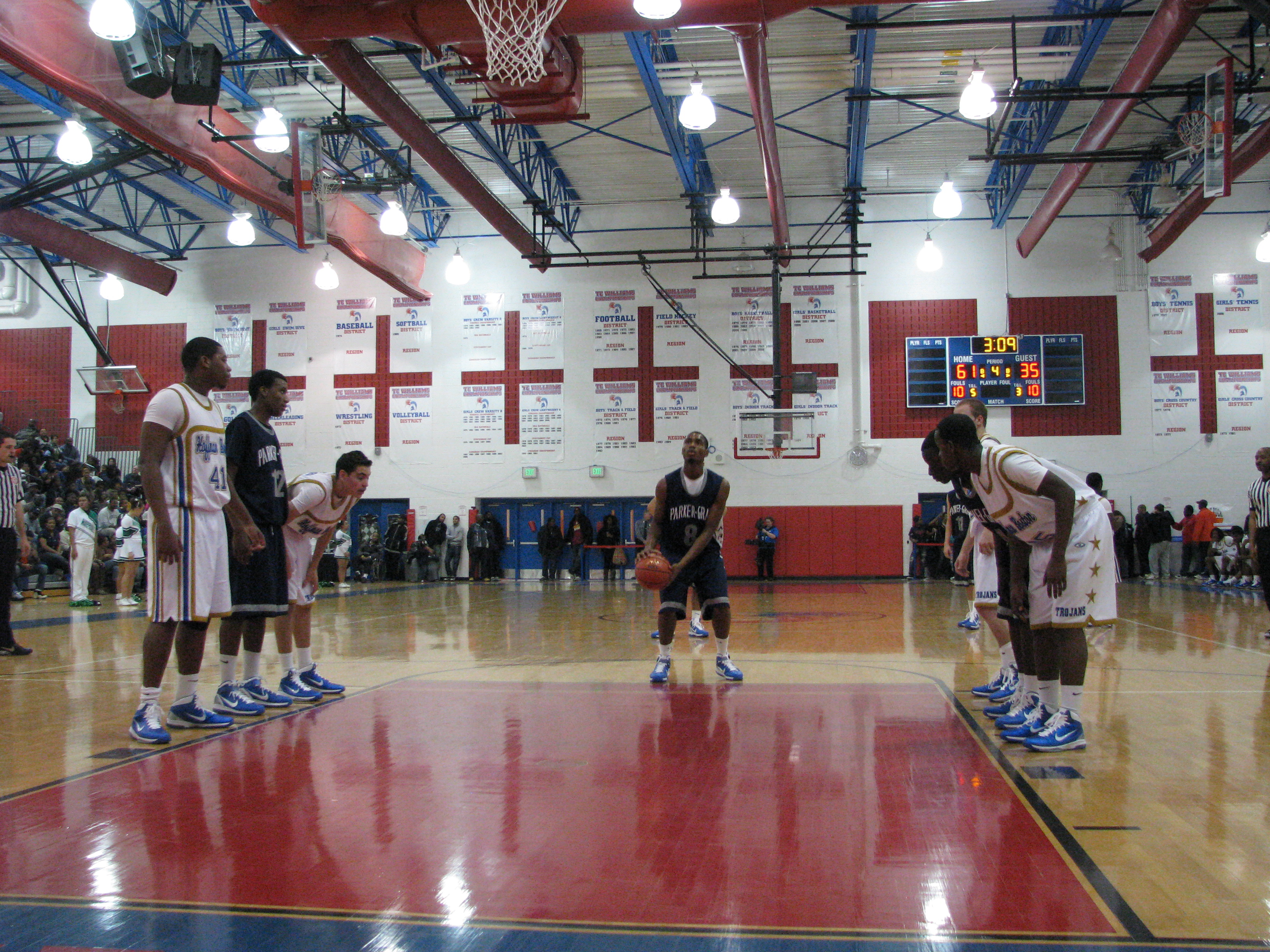 Donning throwback Parker-Gray High School uniforms, the T.C. Williams Titans walked into the locker room Saturday night confident that any lingering doubts about the team’s reputation or athleticism were null and void.

After all, it’s hard to complain about a 63-40 win against Wakefield that showcased the Titans’ speed, skill and pure talent. T.C.’s high-octane performance was a statement, said junior point guard Daquan Kerman.

Fans can expect the same display of fast-paced scoring and scrappy defense every night, the 5-foot-10 Kerman added.

Senior scoring guard Tyrell Sitton was adamant the team hit the court ready to prove a point. They’re not last year’s team, they’re not the year before last’s team, but they are a T.C. basketball squad and they’re going to win games, he said.

The Titans basketball season ended disappointingly last season when two ineligible players forced the program to forfeit all of its wins a year removed from winning the state championship.

As for the most compelling story line of the previous season, the answer is the same from head coach Julian King: this is a different team, a new team. They’ve put the ineligibility controversy behind them, he said.

We try not to even worry about that, King said. It’s a new season and a new group of kids setting the tone.

And what a tone they’ve set. The Titans took the lead early in the first quarter and built on it with a patient though at times fiery offensive scheme and a lightning fast defense. With 6:24 left in the second quarter, the Titans had a 20-10 lead. Before the break in play, T.C. enjoyed a back-to-back scoring run sparked by a Rick Mathews slam-dunk. They ended the half with 18 points on Wakefield.

While the Titans enjoyed a comfortable lead throughout, their performance wasnt flawless. T.C. struggled at the free throw line, something they may be working on as a team this week, according their coach. They slowed considerably late in the game, something King chalked up to inexperience.

Those guys are young, he said. Its going to take time. You have to let them play through their mistakes.

Still, it’s the first time in his career that Kings walked into a locker room at halftime without a complaint.

My starting five played exceptionally well, King said, taking time to also praise his bench players. Everybody knows about our past experience with explosive athletes. This group is new. Those guys came out and said they’re going to win.

It felt real good and made us play harder because we were playing for them, Kerman said.

The relatively recent tradition harkens back to the rivalry between Alexandrias black high school, Parker-Gray, and Arlingtons Hoffman-Boston High School. Both schools have since closed but their connected history permeated the game, which drew in local luminaries like famed T.C. football coach Herman Boone.

Sitton wore the number five uniform first donned by local great Earl Lloyd, the first black player in the National Basketball Association. It was a memorable moment, he said after changing back into street clothes.

It was exciting, a good experience, Sitton said. It made us feel special.