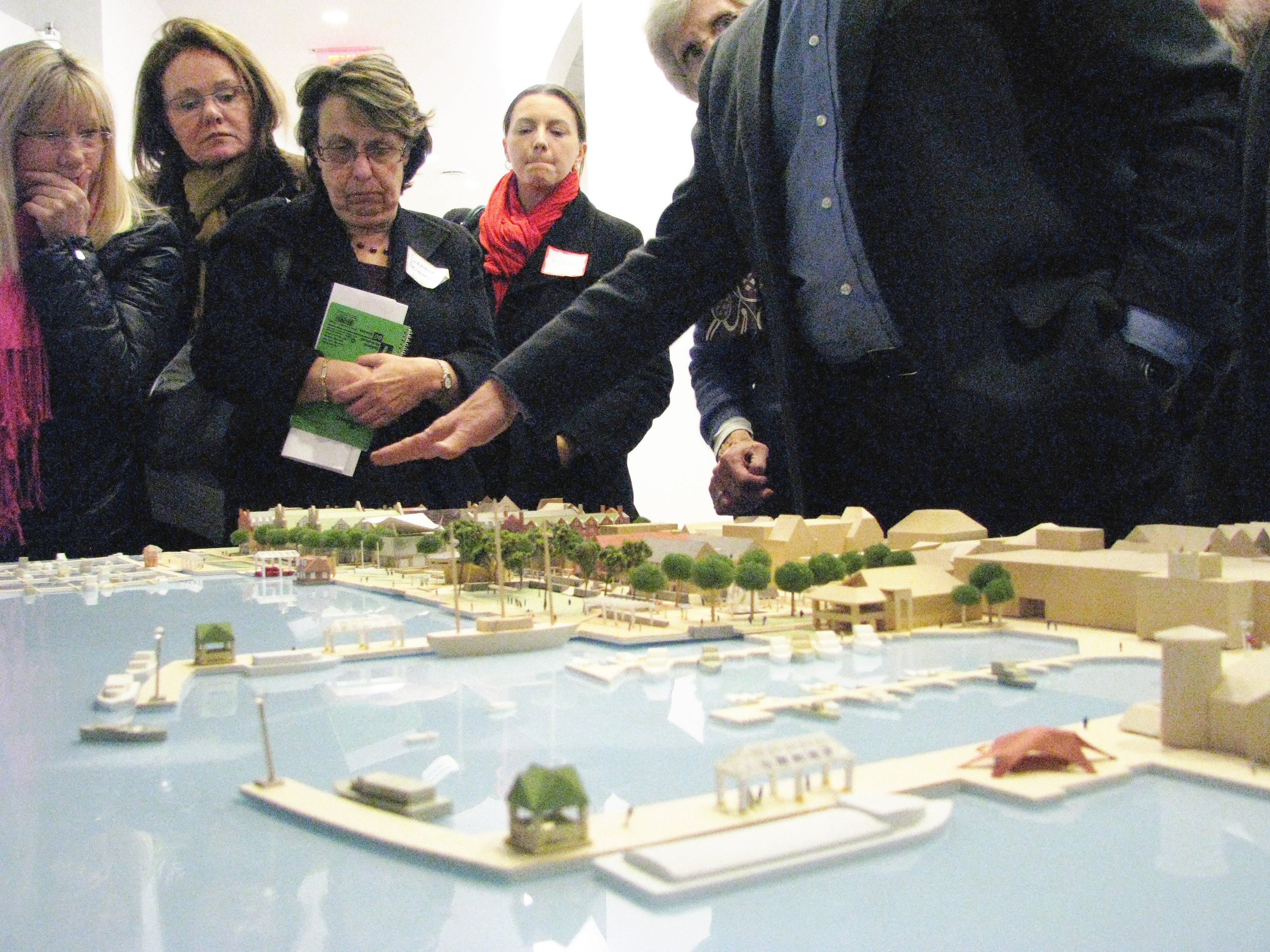 Residents spied the city’s most recent incarnation of the waterfront plan Monday night, a sweeping vision of a greener, public-friendly and more developed Potomac shoreline.

Honing in on the three remaining underdeveloped parcels of land along the river bank the north and south Robinson Terminals as well as the Cummings and Turner property officials laid out an ambitious plan of new piers, parks and pedestrian zones.

Were the plan realized, which remains far from certain, open space would grow to about five acres, old warehouses would transform into museums or stores and new restaurants would rise from parking lots.

The waterfront is special and not only is it our hometown and of national significance, it is also our front door, said Karl Moritz, deputy director of the city’s planning and zoning department. It’s where we take our out-of-town friends when they visit, but it’s also where we walk.

City officials estimate the improvements, which include building public piers, flood mitigation and chess and game tables for Waterfront Park among others, will cost between $32 million and $42 million. A hotel is also on the citys wish list. Tax revenue generated from redevelopment an estimation they have not released is not the primary focus, officials said. The claim drew chuckles from an audience of several hundred residents gathered at the United Way of America building in Old Town.

Feelings were mixed among those who attended the meeting with in an exhibit-like arrangement in a glisteningly modern lobby. Bill Usher, a newcomer to Alexandria, believes the presentation allayed a lot of concerns he’d heard about the parking situation in North Old Town.

Under the new waterfront plan, overall parking spots would be reduced from the roughly 2,700 available today. Officials said their supply outweighs demand by about 560 parking spaces and they believe motorists will be encouraged to park in available private and public garages.

I was concerned that there would be congestion, more of a problem with parking, Usher said. The plan they worked out is good, but it requires a lot of pieces fall into place.

But Rosemont resident William Rogalski questioned the finances touted by the city. He was disappointed officials hadn’t revealed a cost-benefit analysis of the planned improvements to the city’s waterfront.

While he wasn’t opposed to the plan, Rogalski wondered whether the money could be put to better use, given the tough economic times still facing the city and country.

Before they move ahead, we should have a better understanding of what the taxpayer burden will be, Rogalski said. I’d personally rather see the money go to low-income housing or something like that. This appears to be grossly out of place given the city’s needs and priorities.

David Martin, owner of King Street’s Gold Works, praised the work done by planning and zoning staff. They’re on the right path, he said, especially by embracing culture and arts in their design.

I think it’s a similar plan to the others, but more fine or finer tuned, Martin said. Very complete, very fine ideas. They keep honing in on it.

Among the issues residents expressed skepticism about during the meeting’s break-out sessions were costs, quality of life, overdevelopment, traffic and the much-needed agreement with the Old Dominion Boat Club. Under the current plan, the city would trade land with the waterfront club to move their current parking lot and replace it with a public plaza slightly smaller than Market Square.

As of yet, the club hasn’t agreed to the trade, according to Assistant City Manager Mark Jinks. He wouldn’t rule out using eminent domain to settle the issue, but indicated it was a last-resort option.

It’s a legal tool that is in every government’s toolbox that nobody likes to use, Jinks said. The goal is to reach a mutual agreement.

In the meantime, officials will rollout the draft waterfront plan in January and will hold more public forums starting in April, said Farol Hammer, planning and zoning director. She also invited the city’s civic associations to schedule meetings with her department on the subject.