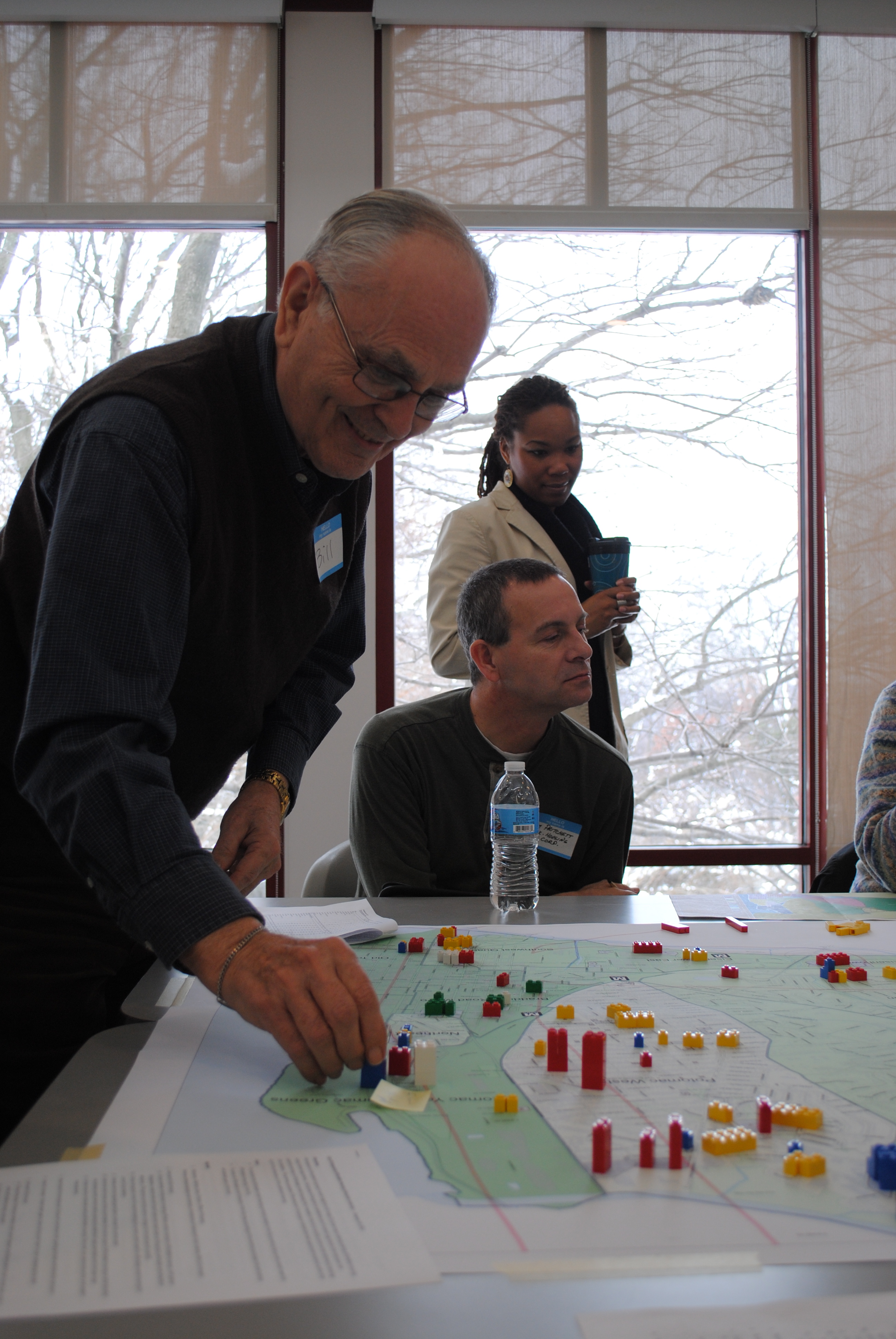 Bill Harris peers over a pair of glasses at the scattered assortment of Legos spread across a map of Alexandria trying to figure a way out of the city’s affordable housing crunch with the children’s toys.

Harris, a longtime city resident, also sits on the commission on aging and knows all too well the problems facing elderly and disabled low-income residents home hunting. There aren’t many options in the area, unless you can shell out several thousand a month, Harris said.

If you can afford to pay, there are places to go, he said. If you can’t, there aren’t many options, even any medium-income options.

He was one of dozens of homeowners, renters and officials meeting in the West End Saturday, helping the city’s office of housing put together a master plan for affordable housing. The size of the Lego blocks represented differing amounts of units while the color indicated the level of income. They were arranged in stacks where affordable housing exists, while a pile of extra pieces at the edge of the map represented the unmet demand.

When finished, city staffers will compile the suggestions and preferences of the residents and reference them as they draw up a draft of the master plan, likely to be released by the fiscal year’s end, said Mildrilyn Davis, director of the office of housing.

Housing costs have just outpaced income in recent years, she said. The incomes are not keeping pace at all and that’s a problem. We’re going to somehow figure out how to deal with it.

Teachers, police officers, firefighters, auto mechanics they can’t afford Alexandria, based on the average salary for those positions, according to Davis.

While her department has bonded tax revenue for the dollars to buy up and build more affordable housing in the city, the practice isn’t sustainable. Cuts to the office’s budget combined with the rising amount of money headed for debt services the amount paid back on outstanding debt annually limits how much the city can do, she said.

Now they’re looking for suggestions for how the city can encourage affordable housing and where it should be located.

Kevin Mondloch, director of community services with New Hope Housing, believes it’s primarily a supply and demand problem. And it has its roots in the robust local economy.

We’re living in the most affluent area in the country and we’re constantly bringing in new employers, so it’s simple economics, Mondloch said. Supply is low and demand is high. It creates the sort of situation people can’t sustain, especially those that are on the lower end of the scale. We’re asking people to spend 50 percent of their income on housing. That’s not sustainable.

Mondloch, who works closely with Carpenter’s Shelter, enjoyed the meeting. He predicts elected officials will face tough decisions in the coming years especially concerning affordable housing and other social welfare initiatives and Mondloch wants to pitch in and help.

Harris thought it was productive session, but says the process will be judged by the end product the affordable housing master plan.

There’s no easy way of doing this and they’re getting input from a variety of people, he said.