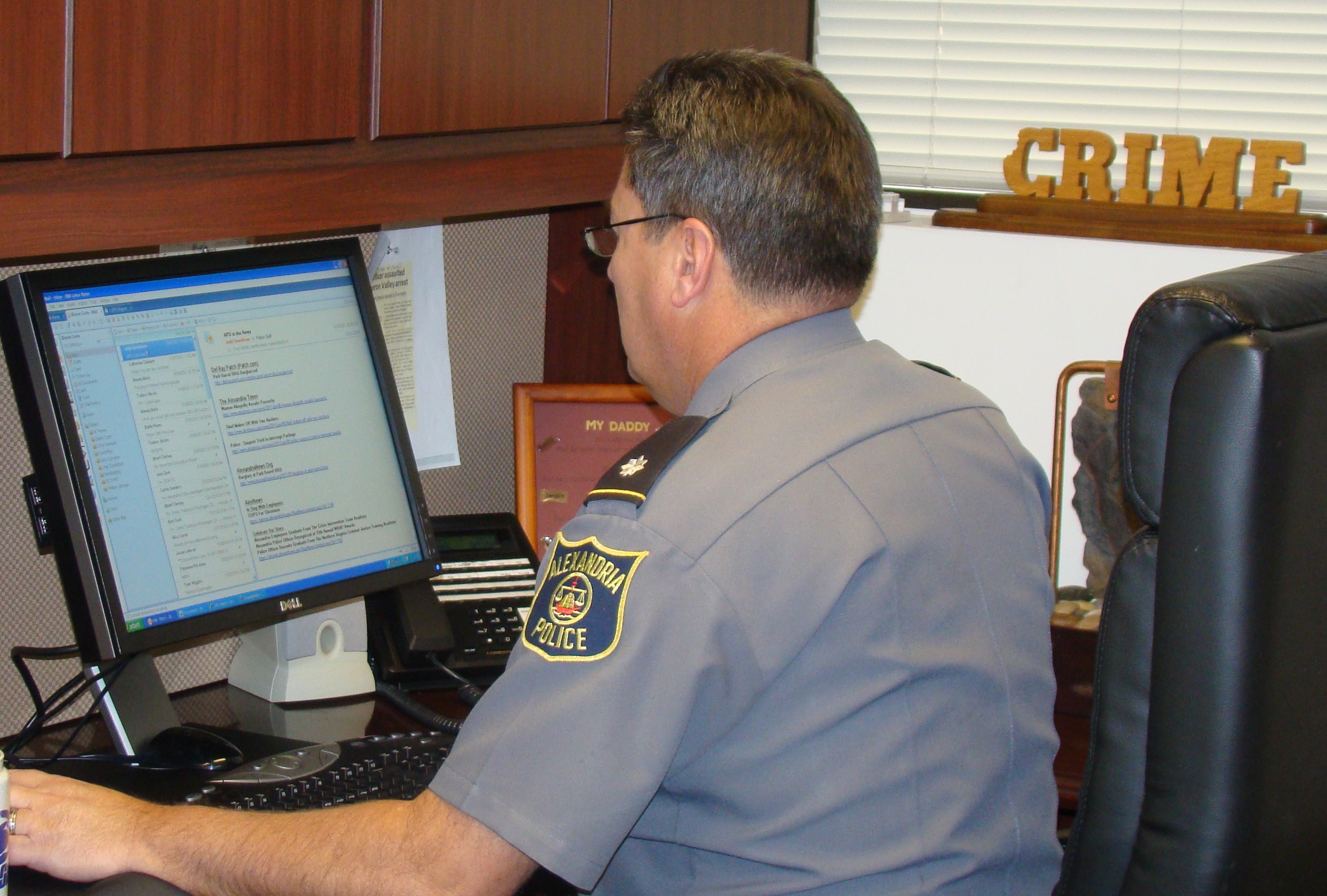 Police officers of the not-too-distant future will adopt social media for everything from crime prevention to community outreach, at least in the eyes of local futurist Eric Meade.

The prediction was one of dozens Meade, vice president of the Alexandria-based Institute for Alternative Futures, forecast for the coming years. Googles flu tracker, which localizes flu activity based on online search data, is a good indicator for how authorities could use technology to keep tabs on the community, he said.

The opportunity is that social media provides a new means for community leaders, among them police officers and chiefs, to interact with the communities where theyre working, Meade said. [It can help them] find out what the problems are and find creative solutions to the problems and from the perspective of law enforcement, better identifying the dynamics of community.

The prediction does raise concerns about privacy, Meade admits. But he doesnt see officers combing through Facebook profiles and Twitter feeds to monitor citizens. Rather, authorities could track community trends, keeping an eye out for gang activity for instance, Meade said.

Cynthia Lum, a professor at George Mason Universitys Center for Evidence-Based Crime Policy and former Baltimore detective, believes social media networks, like Facebook, will give authorities an avenue into a digitalized society. Using the Internet to pass information along to citizens while collecting feedback from the people they serve would be a boon for police agencies, she said.

I think that anything that improves communication between police and citizens, the police will see it as a positive. They see it as a strong part of crime prevention, Lum said. The police are concerned with two things: one is how were doing with crime reduction and prevention and the second is are we doing it in a legitimate and fair way. If social media can help with those two things, I would think they should be interested in it.

As for privacy concerns, people often think the authorities are more interested in their lives than the police actually are, she said. With so much of society moving to the Internet, it is logical the police would use technology to learn what the community as a whole is interested in, she said.

The police tend to focus on violent crimes, things we traditional think are high-level crimes, Lum said. Sometimes the community is concerned about disorder, like teenagers hanging out on the corners and making too much noise and scaring people Theyre also concerned about homicides and robberies, but the every day disorders are also important.

In Alexandria, police are weighing whether to increase their digital presence, said Ashley Hildebrandt, department spokeswoman. Bringing in a service like Citizen Observer, which allows officials to send out blast e-mails and text messages to local subscribers and collect crime tips, is under consideration, she said.

The department relies on the citys Facebook page and Twitter account for digital feedback for the time being. When it comes to solving crimes, officers already check the Facebook pages of those involved in a case, she said.

Beyond just checking social networks for clues, Meade envisions a future for law enforcement where authorities easily can get an accurate snapshot of their communities.

Its really that opportunity to understand whats going on and rather than just going in an cleaning up after a crime its understanding what a healthy community looks like and monitoring that, he said. [Monitoring the] links between different types of people and identifying them before the crime takes place.