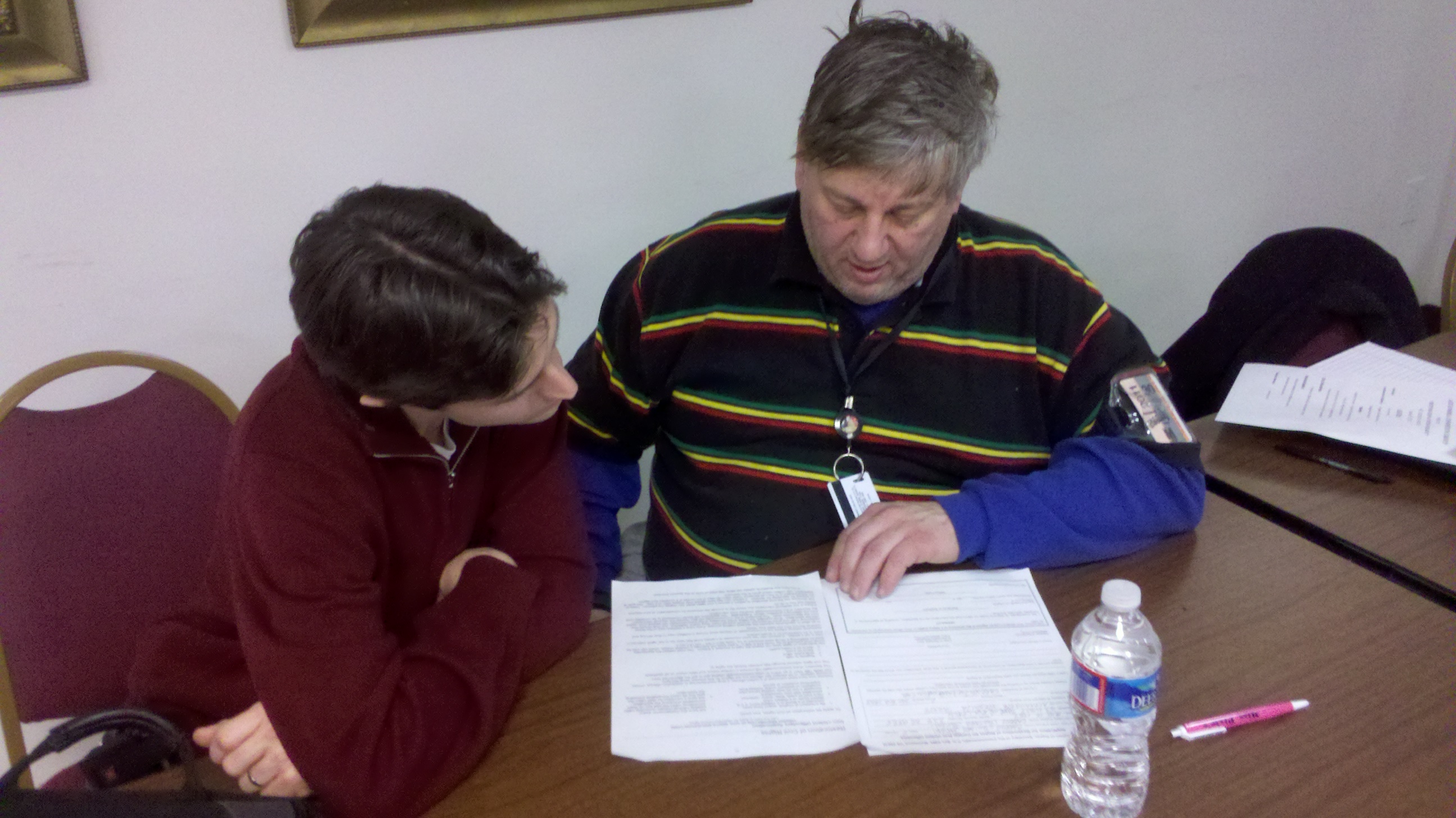 Carroll Jordan, an ex-felon, hasnt voted in about 25 years, but he wants his right to the ballot box back and supports legislation filed by a local lawmaker easing the process.

I really never felt the need to sit there and get my rights back, he said. I was happy with my life, but now that Im older, I think my vote needs to count.

Jordon was one of several ex-felons filling out the required paperwork at the Mount Jezreel Baptist Church Saturday. Hosted by the NAACP, the Alexandria Consortium, local religious leaders and Del. Charniele Herring, the forum was organized to help ex-felons through the process and familiarize new volunteers with the paperwork involved.

Virginia and Kentucky remain the sole states that leave the ability to restore voting rights to ex-felons up to the governor. Under state law, those convicted of a felony lose voting rights for life. The policy has left roughly 300,000 people disenfranchised.

While Republican Gov. Bob McDonnell has done a better job than previous administrations in restoring ex-felons votes, its not a power one man should wield, Herring said.

The next governor that comes in does not have to do anything, she told the roughly 30 people in attendance. [My bill] will allow the general assembly to set the standards and that way, I’m eventually trying to get the pen away from the governor.

Its an issue familiar in the General Assembly and one that has failed to gain traction year after year. Leading up to the 2008 presidential election, former governor Tim Kaine, a Democrat, drew flack from Republicans for expediting the process a move some GOP members saw as political.

At the Mount Jezreel Baptist Church, where most of the ex-felons were black, the policy was seen as largely motivated by race. Disenfranchising felons was a way to keep black voters out of the political process following Reconstruction, Herring said.

History aside, Sabrina Walker just wants a say in who is running the state and federal governments. Walker was convicted of a felony 18 years ago, when she was involved with a violent domestic relationship, she said.

Its important to me to have my rights restored, so I can have an opportunity to decide who runs our country, Walker said. I just want to have my vote count.

While Herring has painted her bill as a largely bipartisan effort to end voter disenfranchisement, the forum also featured John Liss, executive director of the Virginia New Majority, a group dedicated to organizing those in support of social and economic justice.

Asked if she worried the backing of groups like VNM would doom the bill in the Republican-controlled General Assembly, Herring said: It is what it is.

My focus is the fact that Americans dont have the right to vote, she said.

As for Jordon, convicted on statutory burglary charges 25-years-ago, the current system is a step in the right direction, but it could use some tweaking.

I wouldnt say its a burden, he said. Its OK for now, but theres room for improvement.