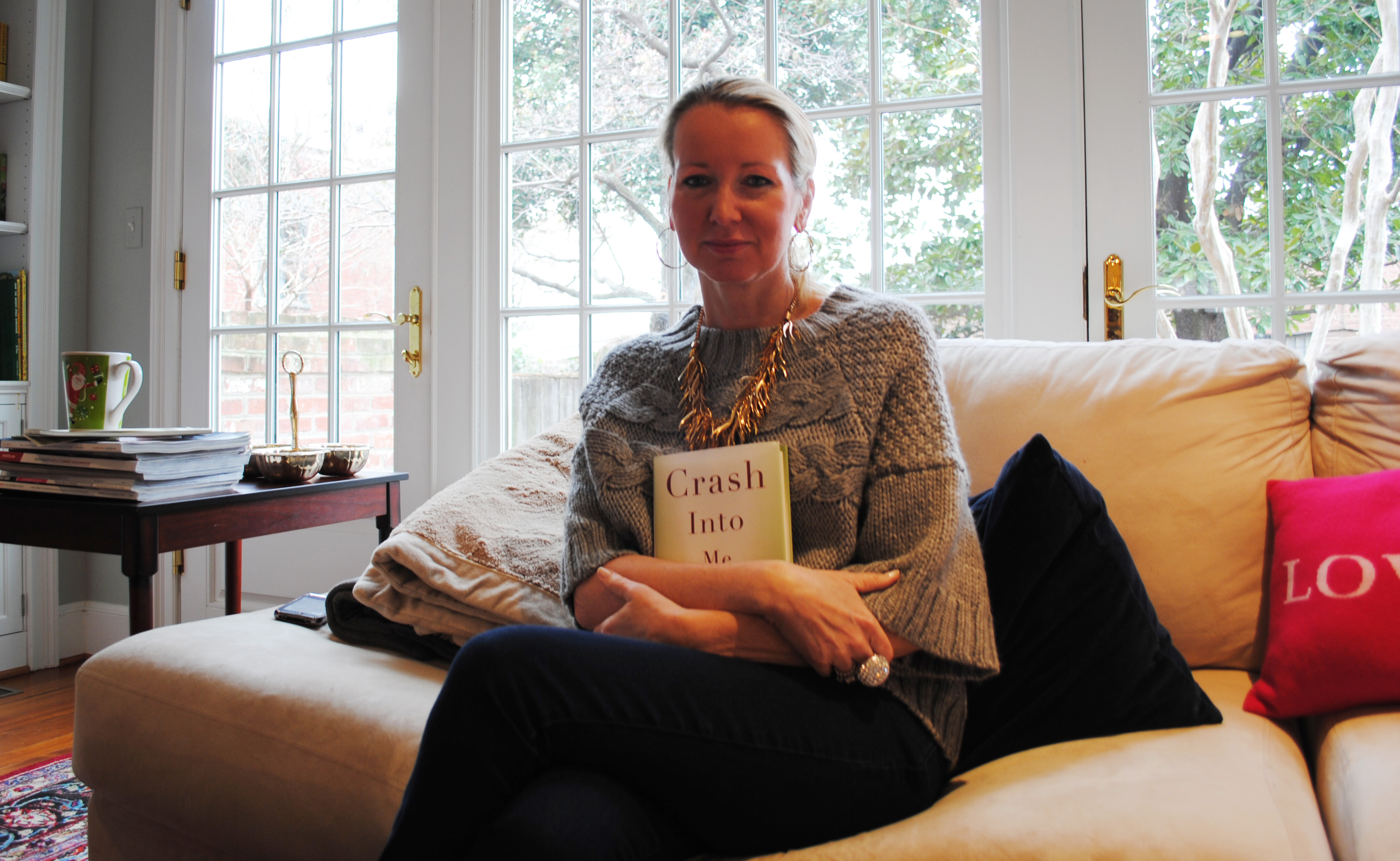 When Liz Seccuro began penning the story of her rape and the headline-grabbing court case that followed decades later, she didnt do it for herself.

Seccuro, a local activist for victims of sexual assault and author of the recently released memoir Crash into me, recalls being asked whether the experience was cathartic. It wasnt, she said.

It was hard to write, like going back into the heart of darkness, said Seccuro between sips of tea in her Old Town home. Theres still a bit of darkness that shows itself through triggers you cant predict.

Still, Seccuro soldiered on, typing up the manuscript during the course of three years. The memoir, which she describes as part crime thriller, part biography, recounts her rape while a student at the University of Virginia in 1984 and the schools subsequent failure to take action against the accused. Then it tackles the courtroom drama that followed when William Beebe admitted his guilt in 2005.

Im hoping this opens a dialogue, she said. I wanted to write this so anyone else on this journey can understand that they can have a blessed life and what to prepare themselves for.

Its a difficult road for a survivor to navigate, Seccuro said. Shes candid about her own bad decisions following the rape: falling into a bad marriage, binge drinking and suffering from eating disorders. Its not a struggle often discussed in polite company, Seccuro said.

Theres a bigger and more intricate journey behind it. Its not easy to be known for this. Id much rather write about how I cured cancer or served in the Peace Corps for a year.

While Seccuro has forgiven her attacker, who served less than six months behind bars, she wont stop pushing colleges and universities to create an environment where sexual abuse is no longer tolerated and victims can speak out and receive the support they need.

Though university administrators ignored Seccuro more than 20 years ago, times have changed at UVA, according to Nicole Ermano, an associate dean of students. Somewhere between five and 10 students visit her each semester after suffering a sexual assault. Ermano guides them to places where they can find help.

We work very closely with student victims in terms of getting them the support they need in terms of counseling or academic support, she said. We try to be a one stop shop.

Ermano also sits on a board of students, faculty and staff specially convened for handling cases of sexual assault. At times, their investigation is carried out alongside police proceedings, she said.

But few students elect either option, choosing instead to recover on their own terms.

And thats the problem, Seccuro said. Its up to administrators to make it easier for victims to step forward, she said.

Human beings are not collateral damage, Seccuro said. Too many are raped or murdered Im sort of here to tell the story for them. Its to respect their memory.