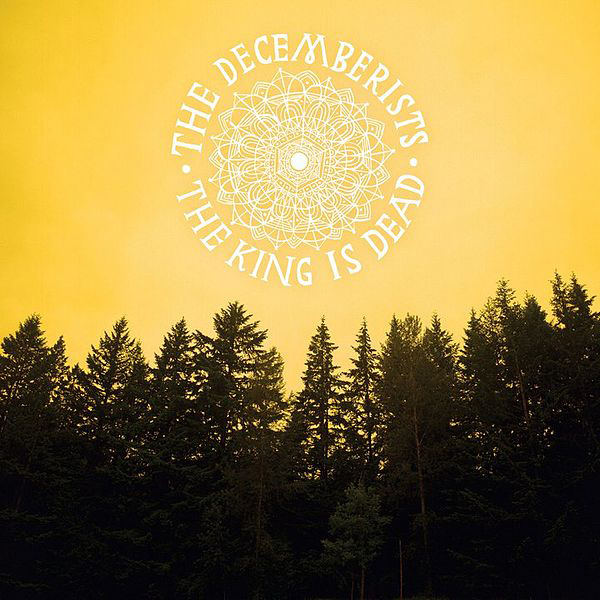 My ears perked up straight when I heard the first energetic hum of the harmonica on the Decemberists sixth album, The King is Dead. Then, as the album progressed, they slouched a little. This must be how dogs feel when the fridge door opens so hopefully, with escaped scents so pungent he can taste them, and just when he thinks whats inside is for his consumption, the door slams shut.

That might be a little unfair; The King Is Dead is better than decent in my book. Its just that the first track, Dont Carry It All, is so powerful with its thumping drums and robust harmonica that the rest of the album has trouble catching up. And Colin Meloys big-sky lyrics cut effectively through the perfectly complex sound of the bands backdrop a twiddling violin and a guitar played by R.E.M.s Peter Buck for starters. This song is anthemic.

This album is more restrained than other projects belonging to the indie-folk group from Portland, Ore. Less punchy and more focused, The King Is Dead relies on balladry and deliberate, delicate meshes of voice, string and harmonica which almost supplants the bands accordion on this disc to create a complete album.

Calamity Song is one of the more entertaining tracks lyrically and musically, but not necessarily one of the best. It begins: Had a dream / You and me and the war of the end times / And I believe / California succumbed to the fault line / We heaved relief / And scores of innocents died. Familiarly for the Decemberists, the darkish lyrics humorously juxtapose themselves with up-tempo, happy harmonies. Bucks influence is again felt on Calamity with a very 1990s howling session reminiscent of Hootie and the Blowfish. The jolliness of these howls is embarrassing and almost ironic, but comes off as moronic.

Two seasonal songs, January Hymn and June Hymn are the sweetest songs on the album, but again, stick to the folk tradition. Still, they evoke good imagery as good folk songs do.

For fans of The Decemberists looking for the standard album, dont expect it and you will be satisfied. For newcomers to the bands sound, The King Is Dead is an accessible, pretty entrance into their alternative folk world. To steal the lyrics of Meloy (who I swear took voice lessons from Neutral Milk Hotels Jeff Mangum), the LP is definitely a changing of the season for The Decemberists.