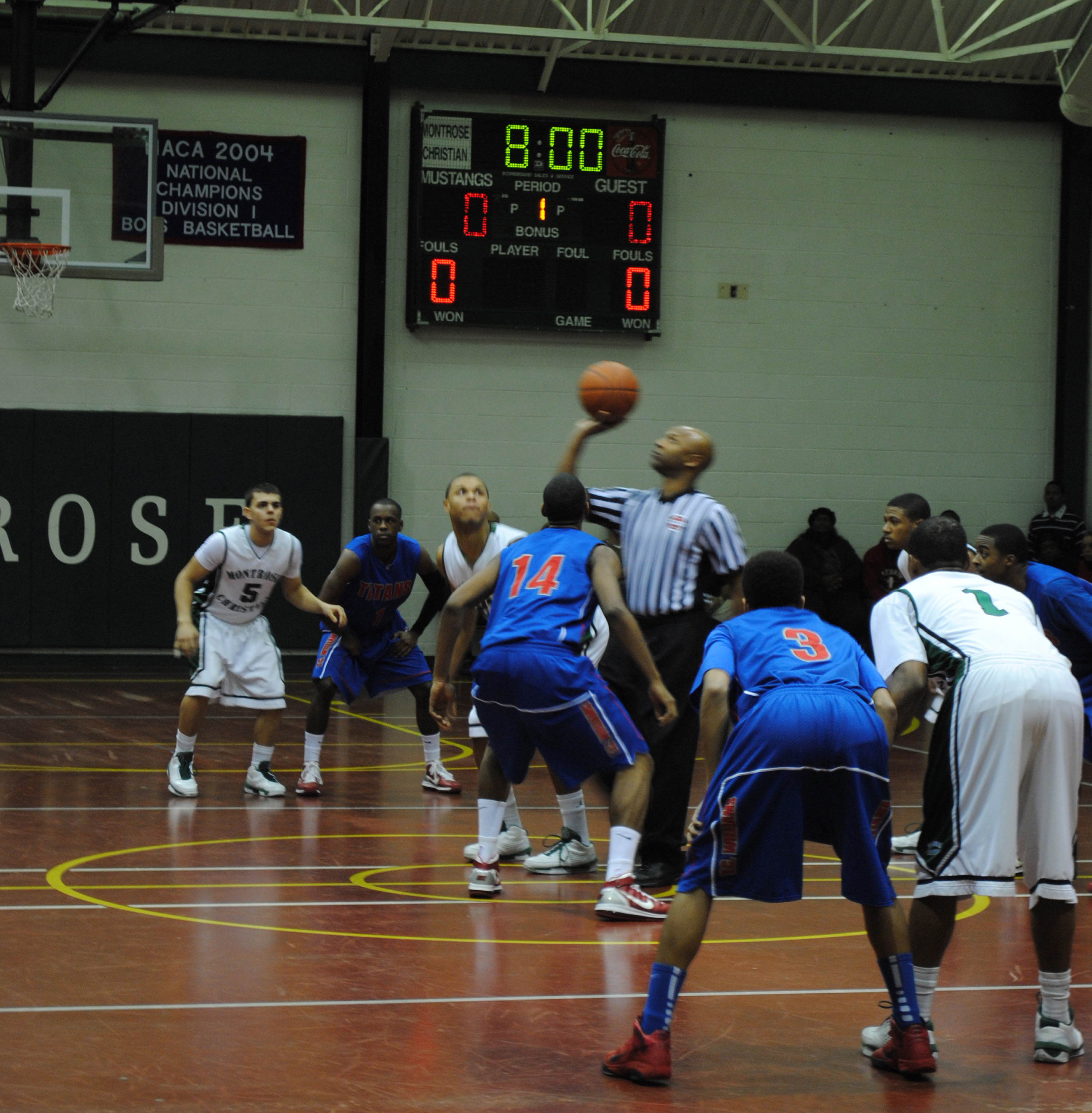 For a game without any bearing on T.C. Williams’ playoff picture, Saturday’s matchup with Montrose Christian came with plenty of hype, and the back-and-forth battle lived up to every iota of it.

Heartbreaking doesn’t begin to describe the Titans 44-42 loss to the perennial powerhouse, which gave rise to NBA star Kevin Durant and is now ranked fifth nationally by USA Today. Trailing throughout, the smaller, leaner Titans clawed their way back to bring the game within a single score late in the fourth quarter.

Senior guard Tyrell Sitton hit a field goal to tie with 19 seconds left on the clock. Undeterred, the Mustangs sprung back down the court, getting one last shot up from the frenzy of swatting hands and arms as time ran out.

Sitton could only watch as the ball ran along the rim before slipping into the net as the buzzer reverberated at Montrose Christian’s court in Rockville.

I wanted to beat them, but [the loss] doesn’t hurt us, Sitton said afterward, readying for the trip back south to Alexandria.

When pressed, he laughs.

I’m still upset about it, Sitton said with a grin.

It’s an odd situation. A loss is a loss except when it comes at the hands of a legendary basketball program and it won’t be factored into anything other than a handful of high school power rankings.

While he questioned some of the calls on the court Sittons field goal looked an awful lot like a 3-pointer to King there’s nothing to do but look ahead.

We can’t sit around and feel sorry for ourselves, King said.

Earlier in the week, King said the game was not crucial to T.C.s season; it would be a litmus test to prepare them for the playoffs.

They passed, he said.

I had a hard time deciding who was going to finish the game. It was a great team effort, he said. [The close loss] gives them extra confidence. [The Mustangs] are recruited to play together, within the confines of the same system.

Going into the game, players like Sitton gave the Titans pretty good odds at beating the Mustangs in their house. Heading back to the bus, T.C. shooting guard Jordan Byrd was confident this years squad is on par with Montrose Christian.

I believe we should be ranked at the top, he said. They played to the end. Just like us.

Byrd should know. The junior saw plenty of action against the nationally renowned team, scoring two momentum-changing baskets in the fourth quarter to put T.C. briefly ahead. Like Sitton and King, Byrd did not like leaving Rockville with a loss, but saw a silver lining.

With the regular season coming to a close, the Titans know they’re good enough to keep the region’s marquee team on their toes.

It was a tough loss, Byrd said. I felt as though we should have won, but I felt it was a confidence thing … It was exciting, actually, to play around a team like that. It was a momentum builder.