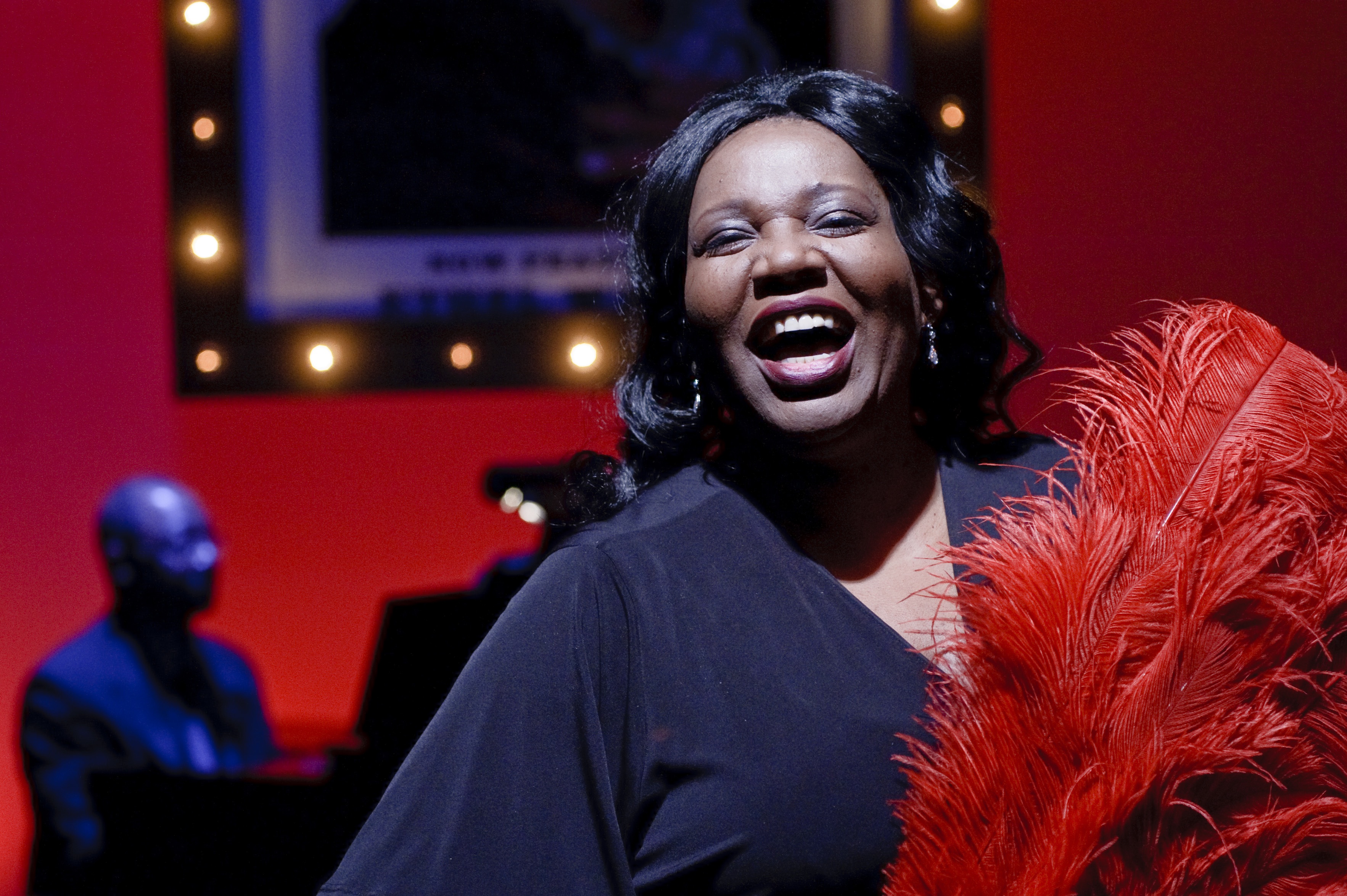 Its important that the truth come out, insists Bernadine Mitchell, star of His Eye is on the Sparrow, MetroStages production of the life and music of Ethel Waters. So why is it that so few know the story of this pioneering icon of American jazz and early black entertainment?

Perhaps because it is borne out of a bleak period in American history that carries with it the indelible stain of racism. And perhaps because it was during segregation when touring black performers were forced to rent rooms in whorehouses or sleep in local stables, find medical treatment in mental institutions when hospitals were not open to blacks, were refused service in restaurants and were under constant threat of lynching in the KKK-dominated South.

This powerful musical drama by playwright Larry Parr is based on the heart wrenching tale of Ethel Waters early life on Clifton Street in Philadelphia, growing up in what she refers to as a whores alley and sleeping on grates. Her life was circumscribed by a 13-year old mother, Ma Weasie, who brushed her off with the crack, I birthed ya.  Aint that enough?! And theres her grandmother who raised the illegitimate child to follow in her footsteps as a hotel maid. Later, a cheating husband drove her into the streets where she began her singing career with the black vaudeville circuit known to outsiders as the Theatre Owners Booking Association but to the performers themselves as Tough on Black Asses.

His Eye is on the Sparrow is threaded with the sassy, suggestive music from the early 1920s performed in blues and jazz venues like the legendary Cotton Club. Sparrow is laced with uplifting gospel spirituals Waters learned in her youth and showcases more than 15 songs from Frankie and Johnny and the 1933 Rudy Vallee/Hoagy Carmichael classic, Old Man Harlem. Then theres Fats Wallers Cabin in the Sky, sung by Waters in the hit 1940s Broadway musical of the same name.

Much of Waters own recordings, considered historically significant by the Grammy Hall of Fame and the Library of Congress, are included in the shows repertoire: Stormy Weather, Am I Blue? and Dinah.

Mitchell, who triumphed at MetroStage in another Mahalia, for which she won a Helen Hayes Award for her portrayal of gospel singer Mahalia Jackson, dons her roles like a second skin as her lush contralto voice and commanding presence take the audience on a journey of pain, triumph and redemption they are powerless to refuse. In this one-woman show she channels Waters who, despite being battered, disowned, scammed and left for dead, rises from the ashes of her trials and tribulations with her indomitable spirit and belief in God.

Waters continued her legacy with television (yes, she was Beulah in the show of that name), on Broadway, where she won the New York Drama Critics Circle Award, and her ultimate induction into the Gospel Music Hall of Fame and Christian Hall of Fame after she joined evangelist Billy Graham in the 1950s on his worldwide crusades.

Contributing to the mood of the piece are Dawn Axams smooth choreography, Jessica Winfelds lighting design particularly effective in creating evocative scenes of the Old South and a strobe-like recreation of an early motion picture as well as pianist William Knowles skillful jazz and ragtime accompaniment.