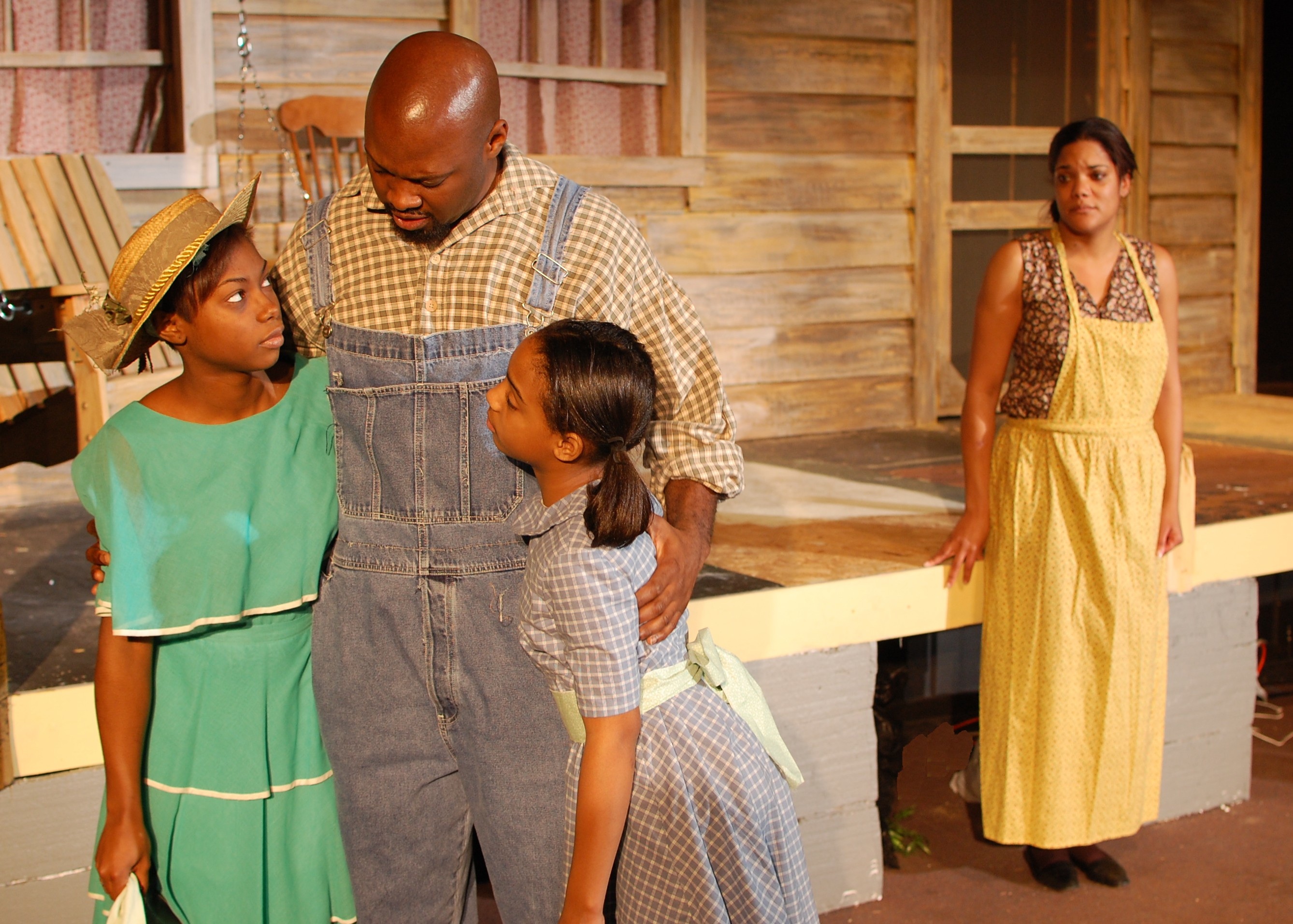 Before you get all up in my familys business, as matriarch Mattie Cheeks is fond of telling Jewish traveling scholar and Holocaust survivor Yaveni Aaronsohn, there is a perfectly plausible reason why this play uses the N word.

Brooklyn-born John Henry Redwood, an African American actor and playwright, aimed to shock his audiences shock them clear out of their complacency in order to remind them of the invidiousness of the segregated South, not only for blacks but for Jews as well.

In his play, No Niggers, No Jews, No Dogs, presented by Alexandrias Port City Playhouse, Redwood urges us not to forget the signs of racism. Coloreds only, and other hate-filled descriptors were posted on restaurants, drinking fountains, bathrooms, hotels, gas stations and storefronts in the pre-civil rights South when fear-mongering, lynching, systematic rape and humiliation were promulgated and carried out by the Ku Klux Klan and their sympathizers.

The time was summer and the year was 1949 when Aaronsohn shows up in Halifax, N.C., to study the negative psychological effects of prejudice on an African American family. He finds the Cheeks home, where Rawl is a sharecropper and his wife Mattie takes in laundry while raising their two girls, Joyce and Matoka, during the days of Jim Crow law.

Aaronsohn offers to pay them for their participation. Initially suspicious, the family comes to share their story with him and the complexities of their lives are revealed.

Beautifully paced and soulfully delivered, this provocative yet tender and funny memory piece presents a cautionary tale one that should never be forgotten.

In an unforgettably moving performance, the beautiful and dulcet-voiced Lolita-Marie as the indomitable Mattie delivers an exquisite portrayal of a woman of grace and strong convictions whose canniness saves her family from certain doom.       You think life started when your life started? she asks her children.

Also outstanding is 10-year old Aeshia Brown, playing the sweetly precocious daughter, Matoka, with the timing and delivery of a pro.

Im studying you, she informs Aaronsohn, as he records her explanation of the world.  Her pivotal role, handled with sass and aplomb, providing the necessary comic relief.

The action takes place on or around the front porch an iconic setting for Southern family life where doors are slammed, peas are shelled, secrets are revealed and baskets of food are left for the mysterious Aunt Cora. Set designer Erin Cumbo cleverly employs a clothesline hung with sheets as a projection screen for the opening photographs of racist signage from the Souths painful history.

My father was a historian who taught me history could be sad, recalls the playwrights daughter, Rhonda Redwood-Ray, a federal prosecutor in Washington, D.C. Because he grew up around a lot of strong women, he was innately sensitive to women. Many of his characters were drawn from his own life.

Aunt Cora was a younger sister to my grandfather, and Mattie, my fathers mother is still alive at 90 and lives in Halifax, North Carolina, she explains, acknowledging that her own father was probably the model for Rawl Cheeks, played with a masterful subtleness by DeJeanette Horne.

Redwood-Ray remembers a childhood that included going to the homes of her fathers Jewish friends for supper where she was taught to be respectful of the customs of others and where she witnessed her fathers great sense of humor.

He had a laugh that would shake this whole set, she told the audience recently in a talk after the show at the companys newest location.

No Niggers, No Jews, No Dogs plays weekends through March 6 at Port City Playhouse at The Lab at Convergence Church, 1819 North Quaker Lane.  For tickets and information call 703 838-2880 or visit www.PortCityPlayhouse.com.