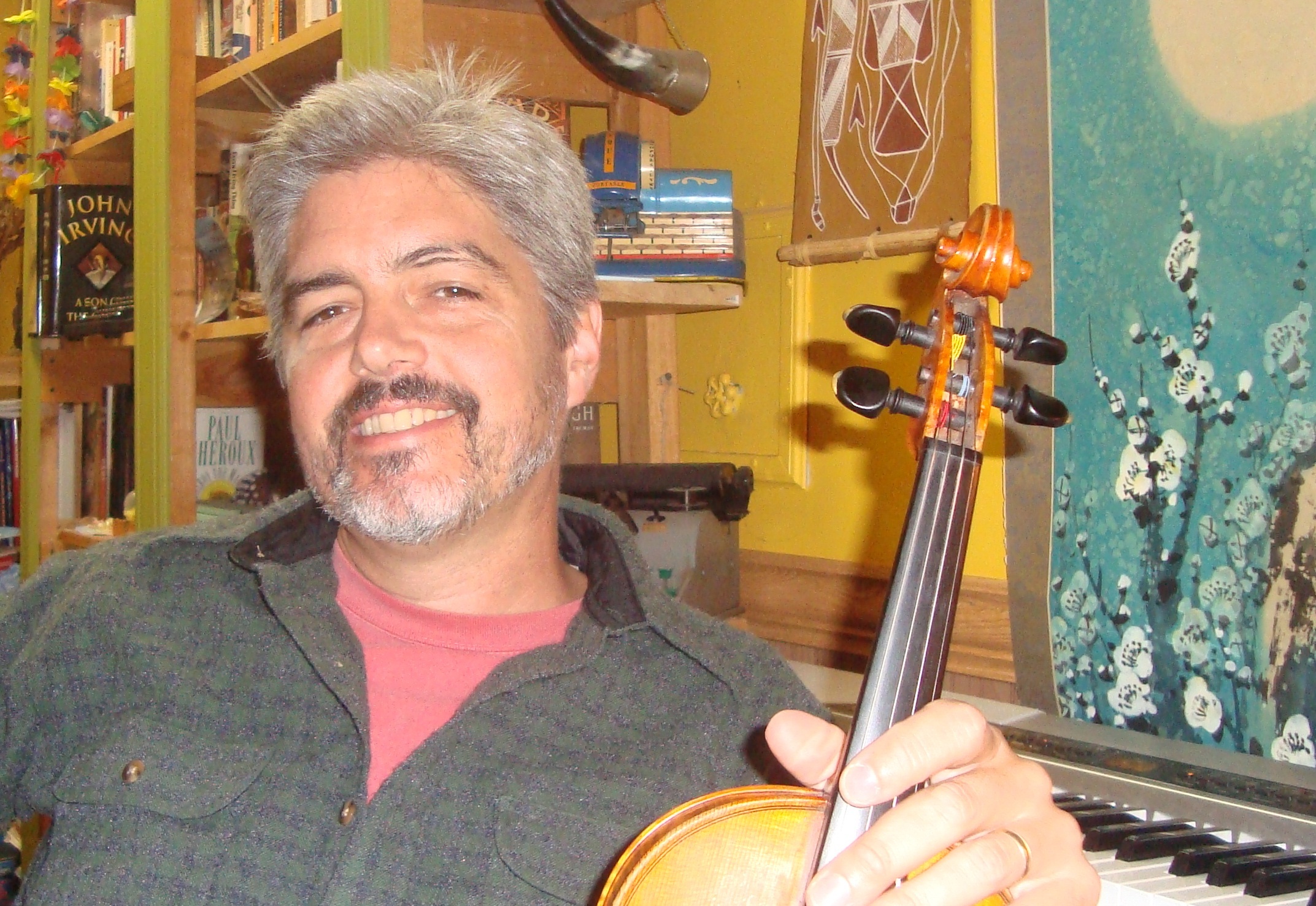 When it comes to music, Del Ray resident Neal Learner doesnt believe kids should be sold short. So he released Would You Like to Be A Mermaid? earlier this year, the first album from Neal Learner and the Del Ray Phantom Orchestra.

Its eclectic, ambling between bluegrass, rock and lullabies. If you listen to it, like it and youre over 20, thats OK, Learner says. Some songs edge close to tracks heard on major labels, but Learner croons about fatherhood and childhood   not life on the road or lost love without all the goody gumdrops.

The entire disc is performed, written, recorded and mixed by Learner (making him the sole member of the Phantom Orchestra), and its liner notes are speckled with artwork by his daughters Nadia, 11, and Nina, 10, who make an appearance on a few songs.

Between his family and his day job as a communications specialist in Old Town, Learner talked with the Times about his new disc.

ALEXANDRIA TIMES: Whats Mermaid all about?

NEAL LEARNER: I kind of describe it as music for and about kids, what it means to be in a good state of mind as a kid and as a parent. When youre in your 20s you write stories about lost love and being on the hunt and as a parent, that changes dramatically.

Is the album more of a personal outlet, or an addition to the kids music genre?

Its mostly an outlet but also for kids music. You shouldnt try to sell them short. They like complex stuff, too. You dont have to be some guy with a guitar playing cute tunes. Theres actually a lot of kids music out there and some of its really good and some of it makes you kind of roll your eyes. I wanted to make music both parents and kids can enjoy.

Has living in Del Ray contributed to your creativity?

I would definitely say so. Theres a lot of interesting, eclectic people in Del Ray. Were kind of a fixture on The Avenue. That vibe definately helps the creative juices.

I love the Talking Heads, a lot of sort of silly songs. Rock n roll should be fun and sort of silly. Its kind of corny now, but I love Billy Joel, whose piano work is amazing. I like a well-crafted song that has a strong melody.

Sum up what this album means to you.

Its really all about the joy of it the joy of parenting, the troubles its not always easy. But also the joys of being a child. Fatherhood is kind of as rich as it gets in the course of life. Youre right in it. And hopefully my songs reflect that.

Would You Like to Be A Mermaid is available in Del Ray at Contessas, The Purple Goose, A Show of Hands and online at www.CDBaby.com.