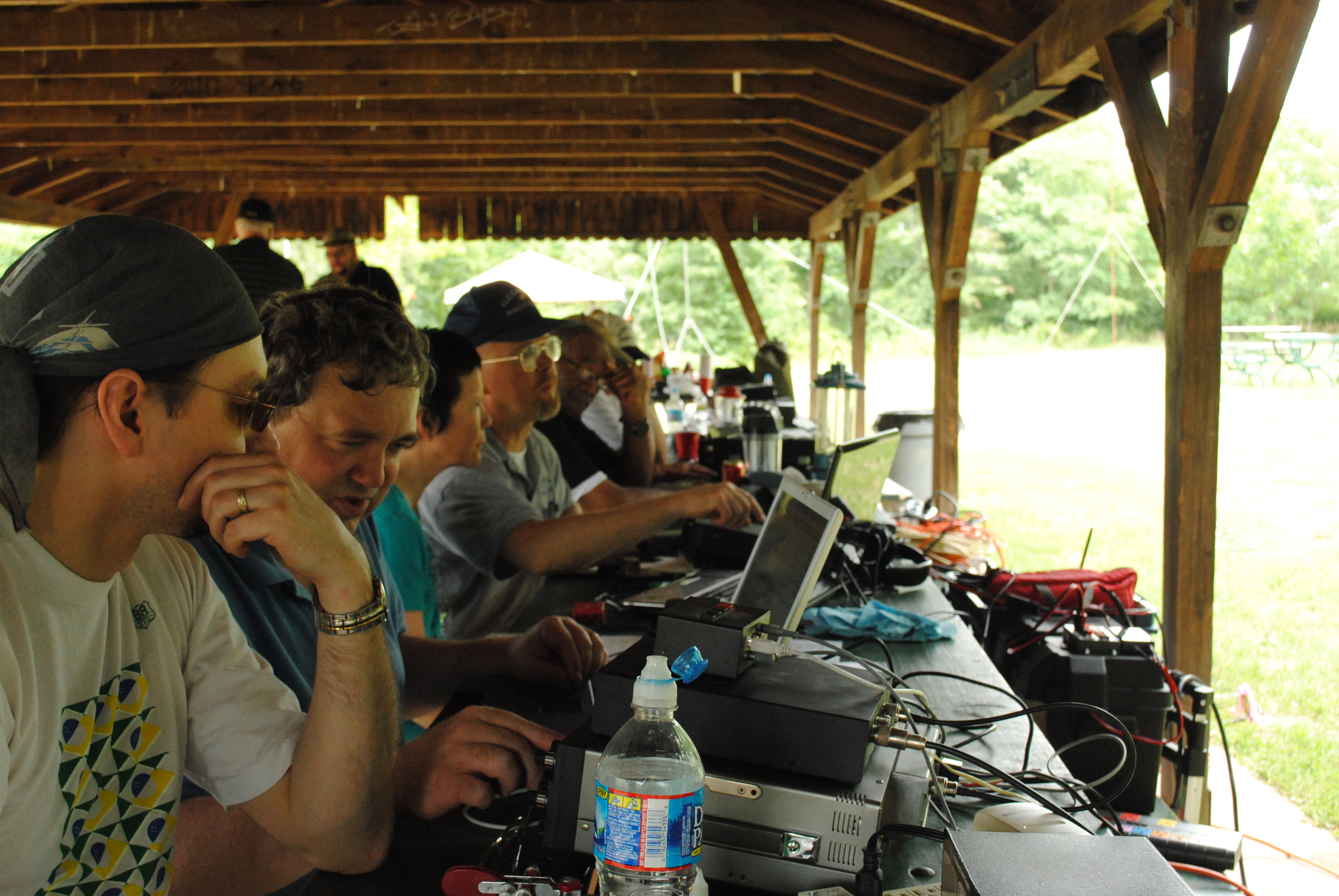 More than 35 hams gathered at Ben Brenman Park to hone their hobby over the weekend for a full 24 hours. Members of the Alexandria Radio Club connected with upwards of 1,500 people around the world, and even tried reaching the International Space Station with their radios. Part of the annual Ham Radio Field Day sponsored by the American Radio Relay League, the event spreads awareness of how the century-old technology can be vital in emergencies.

The idea is to set up in less than ideal conditions as an emergency preparedness exercise, said Rich Adamy, a 32-year ARC member. We are trying to communicate with as many [people] as possible and as far as possible.

Apparently bows and arrows are not obsolete either: hams use them to shoot cables and antennas into trees for a better signal, and Morse code paddlers tapped messages to fellow radio fanatics thousands of miles away. Morse code was the original text messaging, Adamy said, and its shortened characters were the precursors to todays LOL and OMG. Much of the technology is seen as archaic, but it works when all else fails, Adamy said.

It seems like [the Internet] is always there, but someone can cut through a cable and boom the Internet is out, said ARC President Marshall DeBerry, who started hamming in 2005. The Internet isnt reliable … but everything you need [for a radio] is available in someones garage. The only problem is people dont know how to use it.

In the event of communication blackout in Alexandria, ham radios would remain operational. As proven at this weekends 24-hour event, amateur radio can function perfectly on generators, batteries and solar energy. If normal means of communication are compromised, official procedure calls for a liaison at the Alexandria Fire Department to request their support.

Lets say theres a large ice storm that knocks out our communication and telephones dont work, said Mark Penn, emergency management coordinator for the AFD. We would put one of their operators at our 9-11 station and deploy them at hospitals, at our dispatch centers and shelters.

No such event has occurred in Alexandria, Penn said, but hams have a long history of working with federal, state and local governments in anticipation of severe weather and dangerous conditions during large events. Hams are reliable and specially trained for this kind of work, he said.

After taking a 10-week training course and passing a federal licensing test, many hams lend their skills to public service and join emergency services groups. ARC members have assisted with the Marine Corps Marathon, the George Washingtons birthday parade and President Obamas inauguration.

There are a lot of naysayers, according to Adamy, but the ARC has seen steady growth in its membership over the past several years, he said.

An accountant by trade, Adamy finds that amateur radio attracts people from an array of different backgrounds, not just those working in technology professions. Part of its appeal is the bond fostered between hams, he said.

Its been compared to a fraternity, he said, reminiscing about meeting hams around Alexandria by chance and chatting like old buddies over their common interest. Out of all the hobbies that Ive taken up Ive never seen the friendship that comes out of amateur radio.