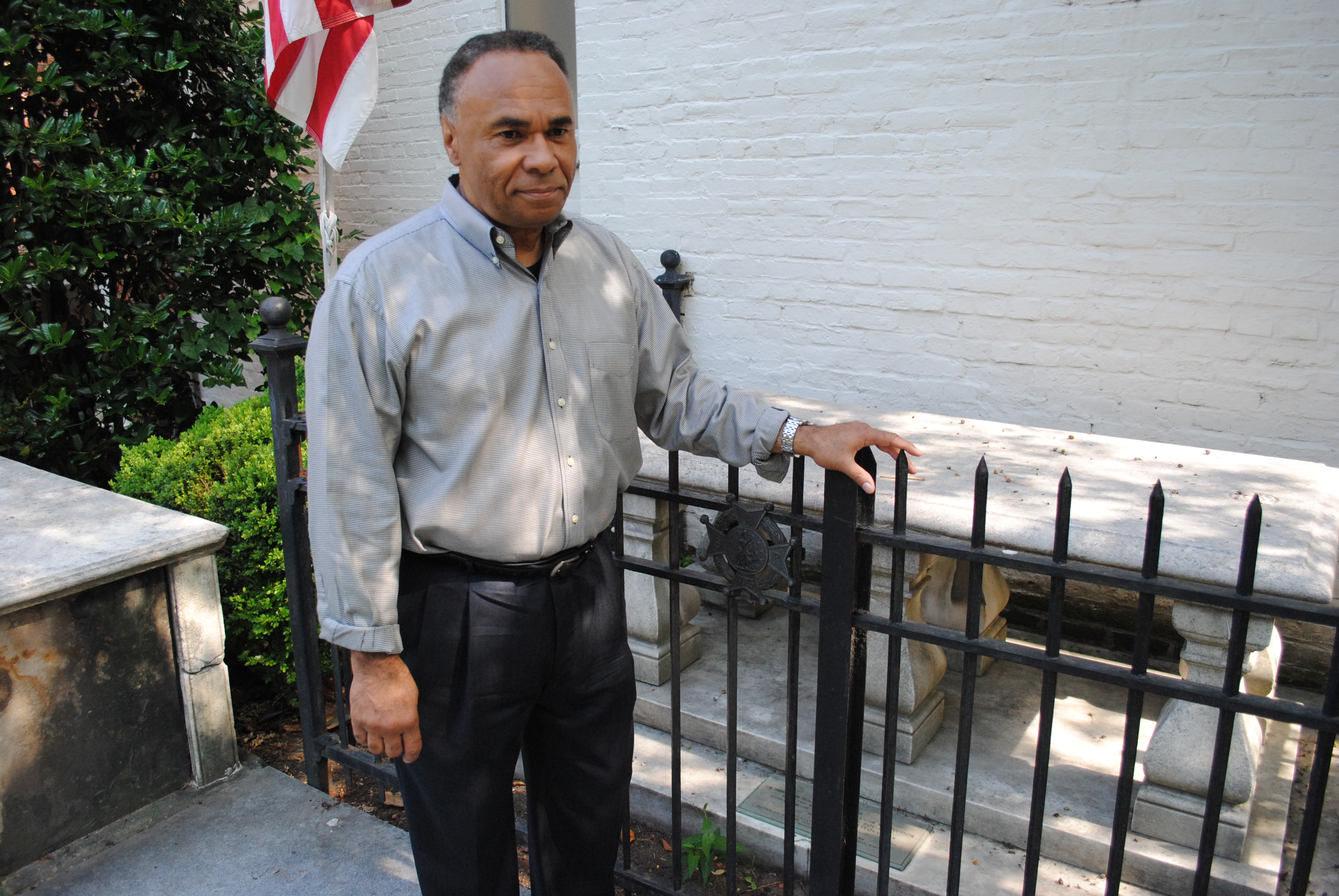 Maurice Barbozas decades long quest to honor black veterans of the American Revolution grew out of racial discrimination and a desire to uncover forgotten patriots.

But the DAR was not welcoming of the black woman.

For four years Barboza, Ferguson and the DAR wrangled over her membership, a struggle that culminated when the Washington, D.C. City Council threatened to strip the local chapter of its tax-exempt status, Barboza recalls.

The DAR eventually relented and Ferguson, as a member, undertook a project to identify every black veteran of the Revolutionary War. Working with Barboza and others, they compiled roughly 5,000 names and decided to push for a memorial on the National Mall.

Barboza drifted away from the project in the mid-90s, disheartened with what he considers mismanagement. The proposed monument lost its reserved spot on the Mall and the coalition of groups leading the effort slowly fractured and then split.

A year after Fergusons death in 2004, Barboza took up the cause again, committed to see the project finished. Its a small way to heal the countrys racial divide, he said.

[T]heres a lot of baggage and it affects the way we communicate with one another, Barboza said. Something needs to be done about it and the main thing is to uncover all of this history. Its an understanding that this is our common heritage and something to be proud of.

Soldiers of various skin colors fought together to wrest the nation free from British control, Barboza said. He believes their combined sacrifice was forgotten as the country struggled with slavery, segregation and discrimination.

Alexandria is the latest municipality to back Barbozas project. Mayor Bill Euille signed a resolution supporting the memorial on Saturday, connecting Alexandria with communities across the country that fielded black soldiers during the Revolutionary War.

We were familiar with the African-Americans that had fought in the Civil War, but not so much in the Revolutionary War, said Lance Mallamo, director of the Office of Historic Alexandria. We were really thrilled to find a connection.

Alexandria was only about 25 years old when the Revolutionary War began. Its youth meant little attention had been devoted to possible black veterans of the conflict, Mallamo said.

That will change as local historians brush up on their knowledge of black servicemen from the period.

Its really prompted us to focus on this era of African-American history, Mallamo said.

Barboza hopes support from the towns, cities and counties these black soldiers came from will bolster his effort to erect a monument in Washington. Theyre looking at six possible locations between Constitution and Pennsylvania avenues, though it will likely take seven years and roughly $14 million in donations to make it reality, Barboza said.

When it is finally finished, Barboza hopes the symbol will give Americans of all races a common touchstone in history.

Were living today with the damage that was done and we need to fix it, he said. Weve got an African-American president, and thats a great thing and all, but there are still a lot of people left behind, people who might not have the kind of inspiration he had to aspire to doing great things. [This is about] knowing this history and knowing that these patriots were not just fighting for African-Americans, but every minority group that came here after.