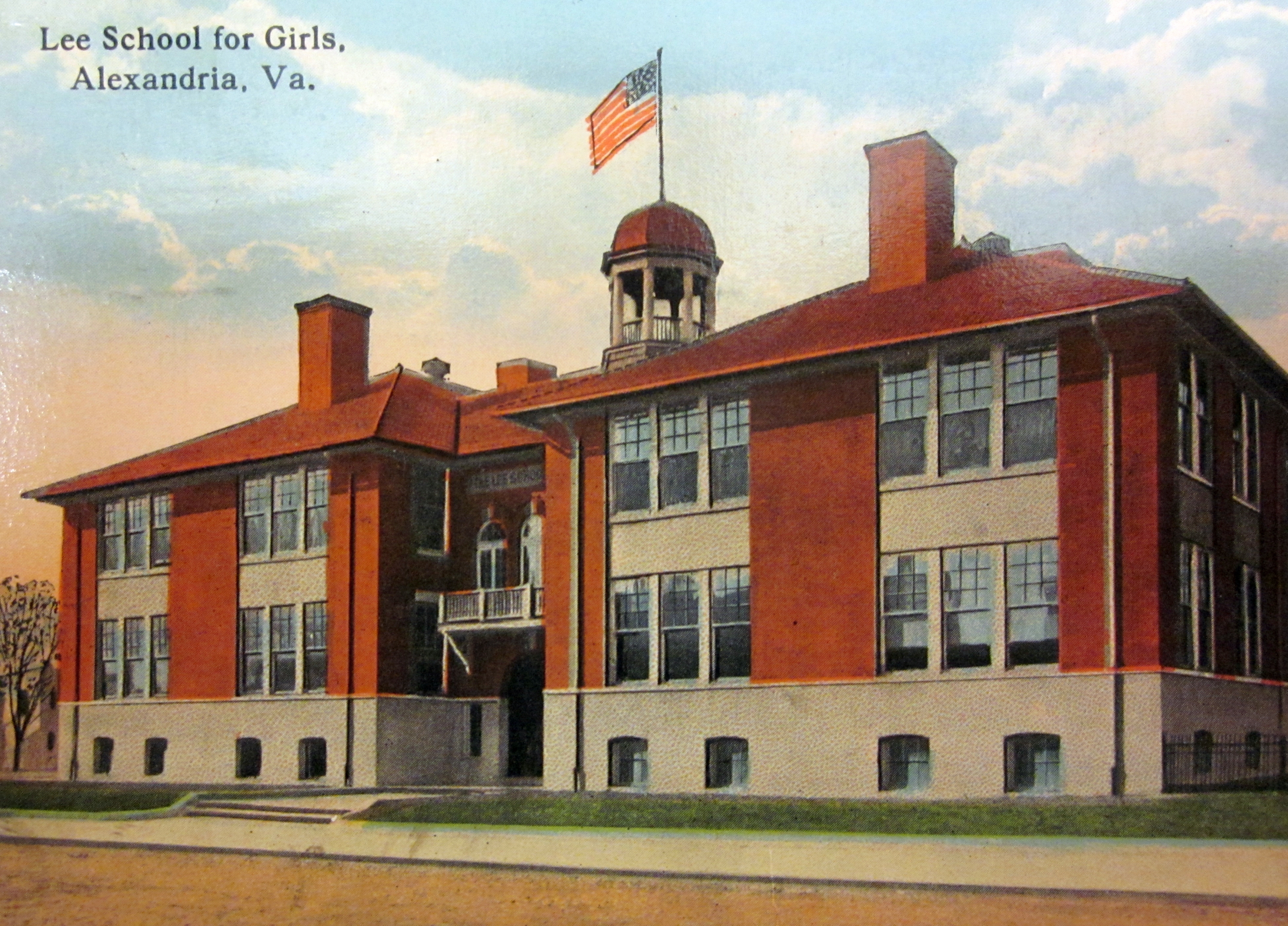 In the early 20th century, public schools in Alexandria were separated by both race and gender, and by 1908 a new building was needed for white female students. Architect Charles M. Robinson of Richmond was selected to design the new school in the 1000 block of Prince Street near the northwest corner with Patrick Street. Construction of the 16-room structure was estimated to cost $30,000.

The two-story building, seen in this postcard from the 1910s, had a raised basement and two blocks of classrooms topped with low-hipped roofs. These were joined by a center section, which served as a main entrance with a small balcony directly above the front doors. The brick and concrete structure had a tile roof with a cupola above the center entrance. In 1909, a nearly identical school designed by the same architect was built in Richmond. Robinson designed Highland Park and several other Richmond schools in the same Mediterranean Revival style.

Students first used the Lee School for Girls in June 1909 for their commencement with classes beginning there the following fall. The school was later known as the Lee School when it became coeducational. It closed for several years in the 1950s and when it reopened in the fall of 1957, it was called the Prince Street School. By the late 1960s, it was used for vocational and special education classes before being permanently closed by Alexandria City Public Schools in the mid 1970s.

The City of Alexandria later sold the building and throughout most of the 1980s it was home to the National Conservative Foundation before Virginia Tech acquired it in 1989. Today, it is the Washington-Alexandria Architecture Center for Virginia Techs College of Architecture and Urban Studies.