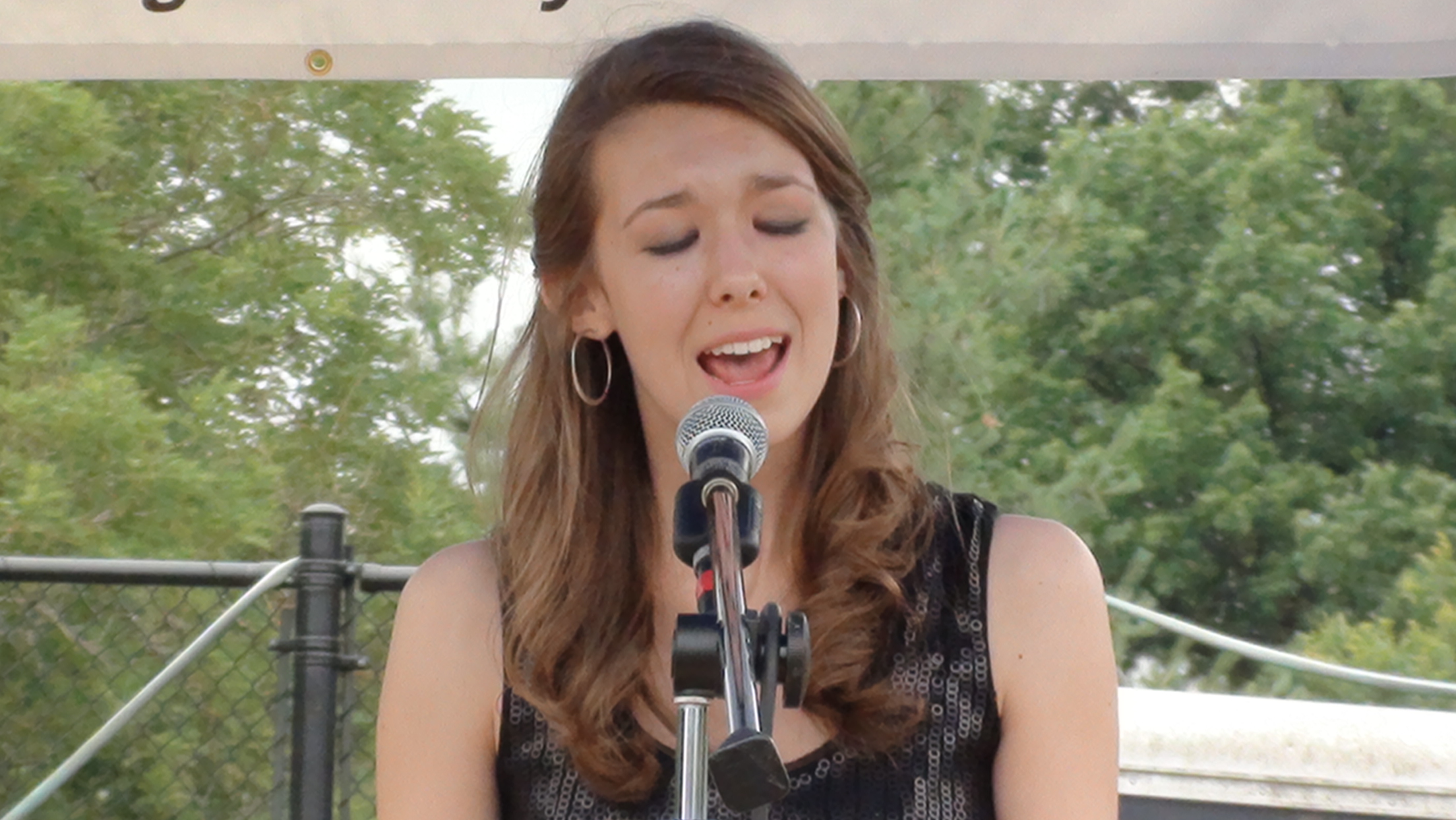 T.C. Williams High School student Keira Moran will jet off to Hawaii next week, but not to lounge on the beach for a typical family vacation.

The 16-year-old won an online songwriting contest at Smashtune.com for her piano-laced pop song When Im With You. She beat out competitors from around the world and earned a spot on stage at the Kauai Music Festival and Songwriter Conference, July 13.

The song describes a teenage girl who has the heartbreaking revelation that she is in love with a close friend after he begins dating someone else.

I like to write about really common themes that everybody can relate to, especially girls around my age, Moran said.

The subject matter, and the song itself, hit the right note with the public strangers and friends alike.

Every girl has been here, Judi Todd Darnell commented on the contests website. So impressive good luck!

Over half the comments are from people I dont even know, said Moran, still surprised with the overflowing praise. Id already made my music video, and Id already made my song, [so when] we saw the website online, I thought, Oh great, Ill just get my video out there. I never expected to win.

Though Moran began writing music when she was in the third grade, her family was unaware of her impressive talents until recently when her father, James, overheard her playing the piano and singing. He assumed his daughter was repeating a pop song she had heard on the radio, but when he asked her which artist she was covering, Keira told him it was an orignal.

[My wife and I] couldnt believe it, James said. We were incredulous.

Likewise, Keiras grandfather, Congressman Jim Moran, said it was only in recent years that he realized her musical capabilities. Keiras parents helped her record a three-song album in secret and then gave it as a gift to her grandfather.

I thought, Wow, this is really something! he said.

Keiras success comes from her work ethic, according to the 8th District Congressman.

Shes inexhaustible, he said. Its one thing to be born with a lot of talent; its another thing to have the discipline and commitment to channel it and develop it.

Keiras songwriting coach Paul Ottinger, director of the Metro D.C. School of Rock and member of the local band Virginia Coalition, agreed. Though he works with many gifted and hard-working music students, it is rare to find someone who is truly interested in writing music at Keiras age, he said.

I dont have that many students that do all the work that it takes day in, day out, to really get better at songwriting, Ottinger said.

Unlike Keira, Ottinger said her victory was unsurprising. He attributes much of her success to her familys work ethic, which gives Keira an understanding of how rewarding it is to work hard for the things she is passionate about.

Congressman Moran also believes family has been a guiding force in Keiras life and that the discipline and support of her parents will take her far.

I really do expect great things of her in the future, he said.

The Kauai Music Festival, where Keira will also attend a songwriting conference, is a massive opportunity, Keira said. But once the festival is over, she plans to continue her hard work.

Music has been a huge part of my life, she said, and if I could continue writing [music] in the future, that is definitely something I would love to do.