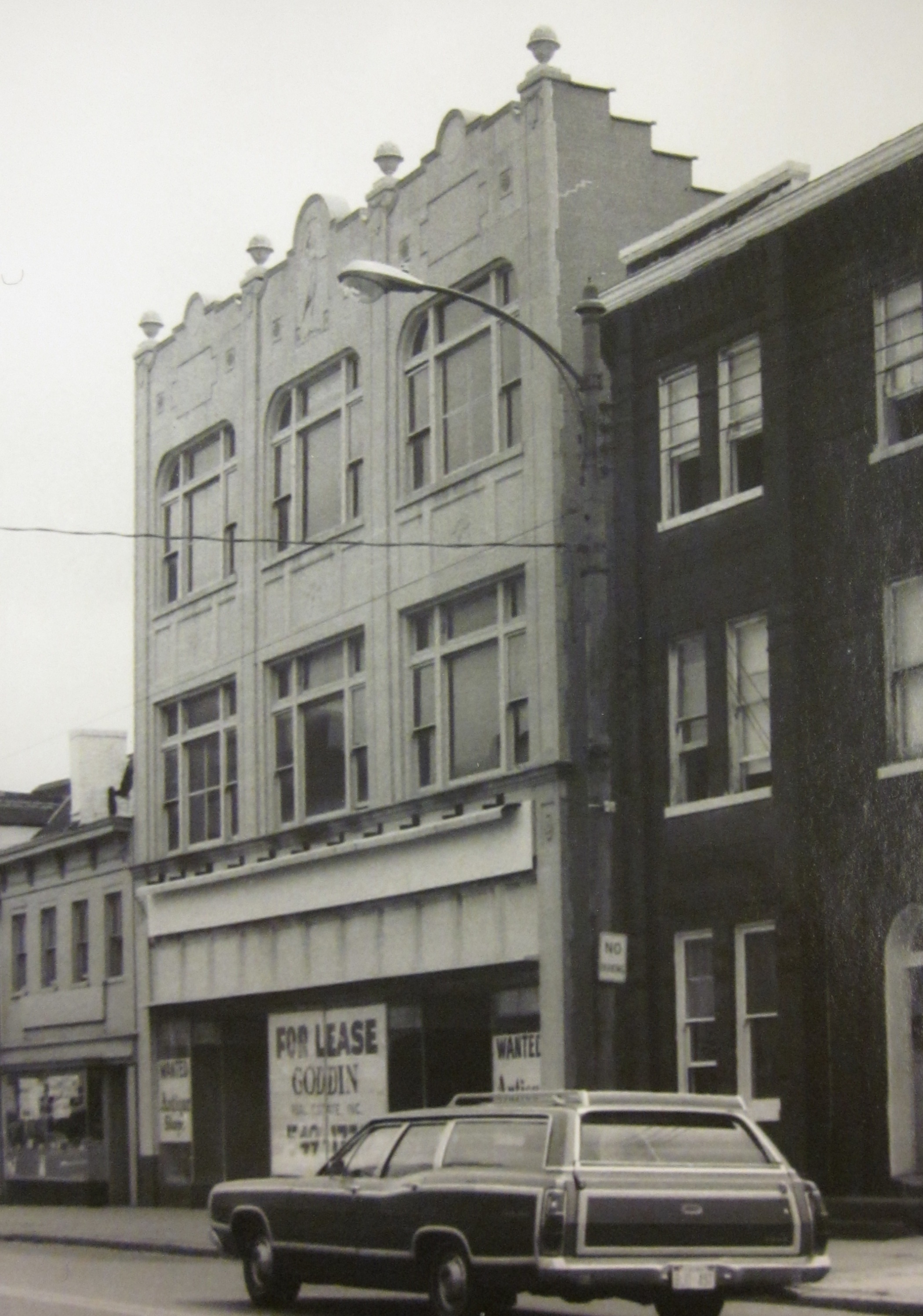 Montgomery Ward, first established in Chicago in the 1870s, was a mail order business that allowed customers, even those outside of urban areas, to purchase dry goods through a catalog. After more than 40 years as a mail-order-only business, Montgomery Ward began operating retail outlets in the mid and late 1920s. Among the hundreds of new stores it opened was one along King Street.

In late 1928, Montgomery Ward chose a site on the south side of the 900 block of King, and excavation and foundation work began in February 1929. That spring, as the new three-story building was under construction, other department stores had similar plans for retail on King Street.  S.S. Kresge Company had leased store space and J.C. Penney was building a new store, both in the 600 block.

Montgomery Ward’s building featured a cut stone facade, urn finials and bas-relief carvings. Above the top windows, in the center, is a depiction of a woman balancing on a globe and holding a torch. Based on an earlier sculpture and known as the “Spirit of Progress,” it also appeared as a bronze statue at Montgomery Ward’s Chicago offices.

In the 1960s, Montgomery Ward opened new stores in larger shopping centers and malls around the area and by the end of the decade, the store at 906-908 King Street had closed. A furniture repair business and an antiques shop operated there at different times in the 1970s, but by the late 1970s, when this photo was taken, the store was vacant. In 1984, this building and those adjacent to it were remodeled into a new complex today known as Firehouse Square.