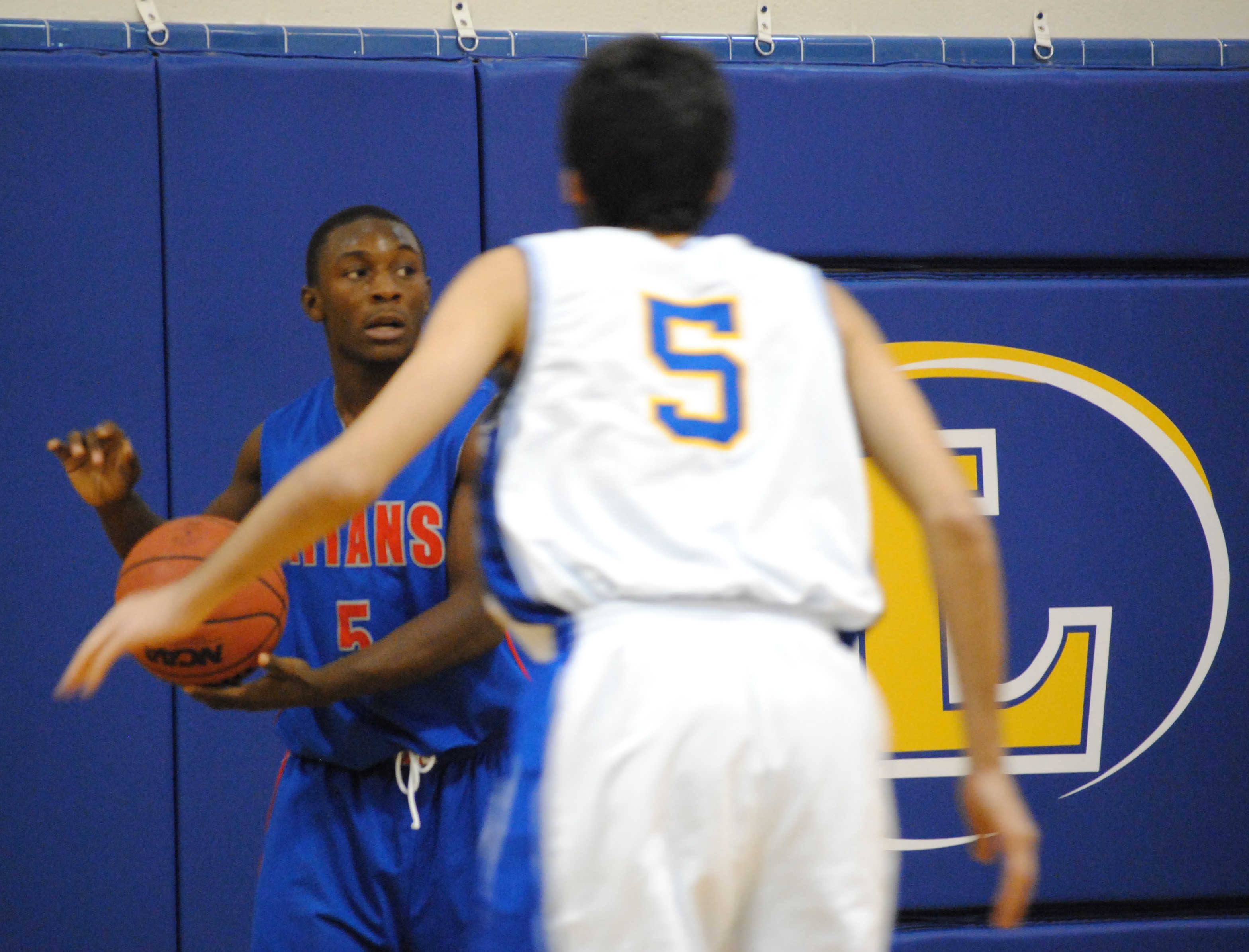 On the road and looking to rebound after two consecutive home losses, the T.C. Williams Titans dominated against a winless Robert E. Lee team Tuesday night, clinching their first win of 2012.

After a tight initial eight minutes, the 4-2 Titans broke out in the second quarter. Fast breaks, a smothering defense and an impassioned return to the fundamentals — making rebounds, smooth transitions and heads up play — all translated into a game that quickly spiraled out of Lee’s hands.

It was a far cry from the struggling Titans who fell 51-50 to West Potomac on December 13 and 48-38 to W.T. Woodson a week later. But there wasn’t any gimmick behind the turnabout, just hard work, said freshman stand out Malik Smith.

“We’ve been working hard over the break, we had to come out strong in 2012, and be strong,” the 5-foot-6 point guard said. “We’ve got to keep working hard, keep practicing and keep listening to the coach.”

Coach Julian King confirms he had the team running drills most days during the school district’s holiday break – they had Christmas off – and the practice paid off. They still started slow against Lee, a hallmark of T.C.’s recent squads, and made mistakes, but they displayed a marked improvement in the second half, the coach said.

“It’s going to take time with this team,” he said. “There’s going to be some ups and downs.”

Just weeks ago, following their second loss of the nascent season, King’s players looked lost. Few with any experience in the program could recall such a troubled start; losing was something other teams did on Earl Lloyd Court.

With a 13-day stretch to dwell on the twin defeats, they’ve found their answer: hard work.

A year ago, the team harnessed the still painful memories of the previous season’s ineligibility scandal to motivate them. They played to win and to restore the program’s reputation — a mantra King’s players repeated until they bowed out in the semifinal round of the state championship tournament.

Even before this season’s first tip off, King was telling Kerman, Smith and company they were playing to uphold the program’s legacy. Nobody wants to be remembered as the group that let the tradition down, he said.

After two district losses, the message seems to have sunk in. Even after a win, senior forward T.J. Huggins said the group had more work ahead of them. They’re not satisfied yet.

“We’re just hungry. We’re more mad than happy. We let the dynasty down,” Huggins said. “[Losing] taught us a lesson. It really did. It pushes us and gets us motivated.”

Hunger is what King wants to see in his players. They hadn’t shown the willingness to give it their full effort until the matchup with Lee.

“I’ve told them it’s not so much about the wins and losses, it’s about the effort,” King said. “Hopefully, [the win] will boost their confidence and show them they did something right.”