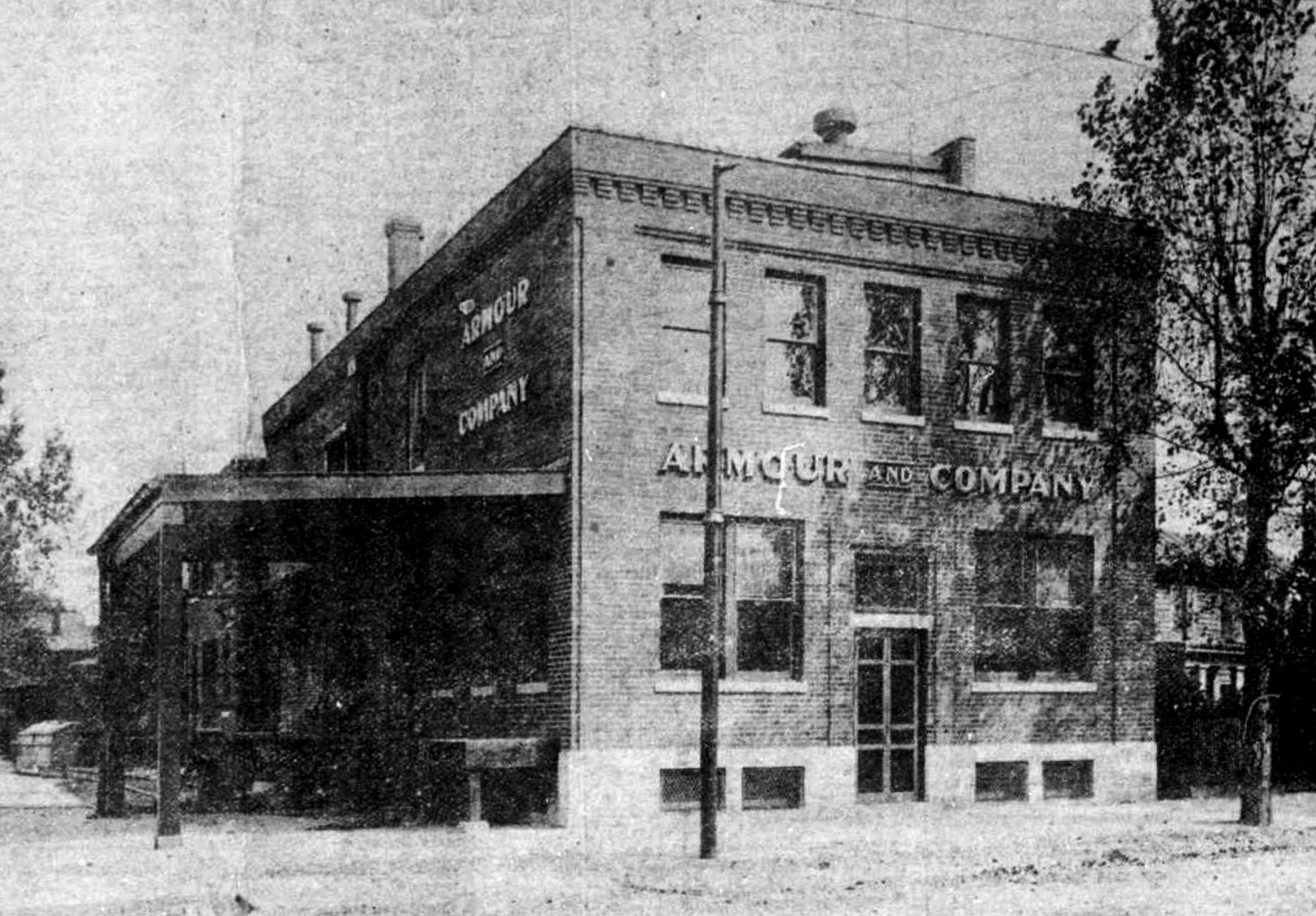 Armour and Company, a slaughterhouse and meat packing business established in Chicago in the 1860s, had an operation in Alexandria at the beginning of the 20thcentury. By 1909, the Armour facility at the corner of King and North Union streets was no longer adequate and the company decided to build a modern facility at another location. Armour selected a site at the northeast corner of Cameron and North Henry streets, and in the summer of 1909, a spur from the rail line was installed to reach the west side of the new location. The new Armour meat plant, which opened in September 1910, was nearly 34 feet wide along Cameron and 97 feet deep to the north. Its basement had a ham boiler, smoking pit, equipment for picking and salting, and a refrigeration room.

The first floor had offices and a provision room, double smoke house and beef cooler. The second floor had a storeroom, ice bunker, records room and office for government inspectors.

The Pure Food and Drug Act of 1906, which authorized federal inspection of meat following the publication of Upton Sinclair’s “The Jungle,” made the innovations significant. To help ensure the safe handling of meat, Armour’s new Alexandria facility had coolers with concrete and cement-lined walls. At the time of its opening, Armour described the plant’s construction as representing “the best that experience can suggest or money can buy to secure sanitary perfection and absolute cleanliness.”

The Armour plant, seen in this 1910 image, expanded in the 1920s but closed in the early 1930s. It was later used as a Dr. Pepper bottling plant and a furniture warehouse, and today is a contractor’s office.