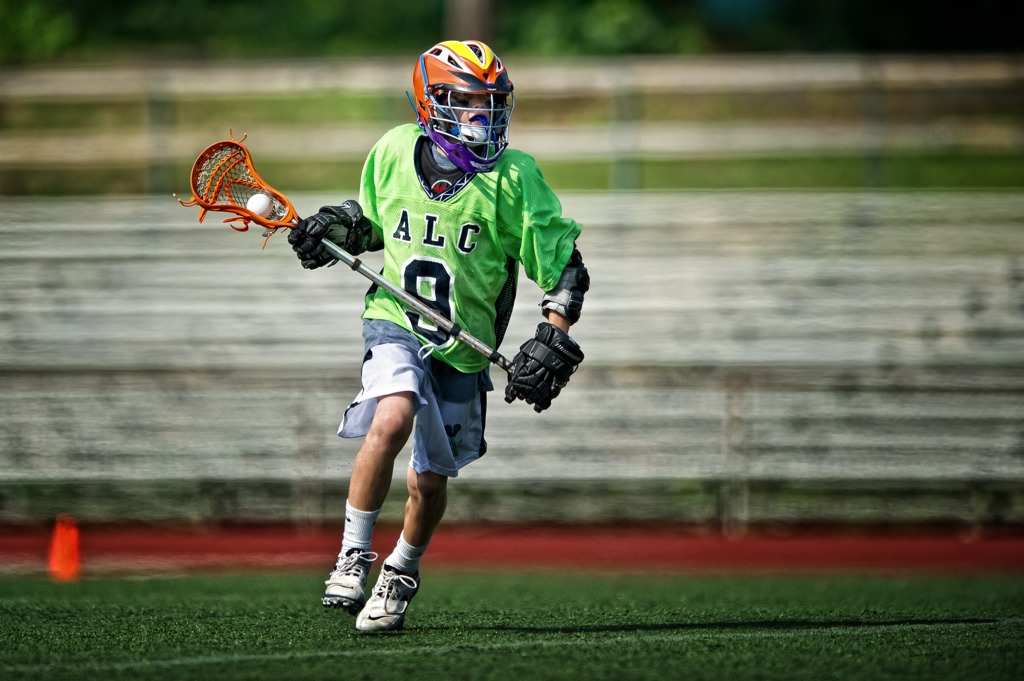 In the decade following the Alexandria Lacrosse Club’s founding, Tom McHugh’s happily watched participation spike, fulfilling early hopes of cultivating his love of the sport in the city’s youth.

When ALC celebrates the start of its 10th season later this month, more than 500 children and teenagers on dozens of teams will face off against one another. That’s up from 300 when McHugh, wanting a program for his kids closer to home than Fort Hunt, first organized the league.

It’s a testament to the sport’s growing popularity. Baltimore-based U.S. Lacrosse estimates national youth participation rose by about 30,000 from 2009 to 2010. About 625,000 athletes grabbed a crosse for an organized team in the same time period, up from roughly 250,000 in 2001.

“[Lacrosse] gets into your blood,” said McHugh, a former collegiate player. “It’s a great game. It’s football, basketball, soccer and hockey — all these things rolled into one game. And you have a good time on top of it.”

When he founded ALC, most of the players had ties to the city’s private schools, which already offered various lacrosse programs. With Alexandria’s public schools discovering the sport, the club is seeing an ever-diversifying mix of athletes, he said.

Which, along with keeping local kids active, is one of the group’s goals. It gave the city’s middle schools about $3,000 to start a girls lacrosse program in the hopes of sparking interest and further expanding its allure, said ALC Commissioner Bruce McCulloch.

While he’s proud of the initiative, McCulloch isn’t sure lacrosse needs much help in attracting new players. Lacrosse is the “it” sport of the decade, he said.

“Lacrosse is being seen as the cool sport and it’s because of word of mouth: that it’s a fun sport, it’s fast … and it’s constant movement and there’s a lot of scoring,” McCulloch said. “The real growth is at the younger levels.”

The club increasingly acts as a feeder to the high school programs, particularly at T.C. Williams High School. Where prospective lacrosse players once might have joined T.C.’s program without having picked up a stick, about half come with some experience, boys coach Michael Mulherin told the Times last year.

“Former University of Virginia lacrosse player” was how the Washington Post described George Huguely V when reporting on his second-degree murder conviction in February.

Huguely was convicted in the beating death of his former girlfriend, fellow UVA lacrosse player Yeardley Love, in the latest high-profile criminal case to mar the sport. In 2006, three Duke lacrosse players were accused — and ultimately exonerated — with sexually assaulting two exotic dancers during a party.

Two years later, eight lacrosse players were suspended from the University of Massachusetts’ team for allegedly sending three people to the hospital in a nighttime brawl. Three were charged in the incident, during which lacrosse sticks were wielded as weapons.

“The trial down in Charlottesville certainly didn’t help the image of lacrosse at the college level,” McCulloch said. “[Private schools were] where it was for many, many years. I played at St. Stephen’s and at that time T.C. didn’t have a team. That’s what we are combating … the image and the cost.”

It’s hard to talk about lacrosse without mentioning the nagging negative connotations; that it’s a sport for the upper class, for prep schools and ivy-covered colleges. A 2010 New York Times profile of lacrosse star Paul Rabil don’t get far before portraying him as the man with the potential to overshadow the sport’s bad publicity.

But outside of the Mid-Atlantic, lacrosse has enjoyed a wider, more diverse audience, said McHugh. What’s viewed as a white-collar endeavor here is a regular sport in places like upstate New York. McHugh and McCulloch remain committed ambassadors of the sport in Alexandria.

“If you look at the roster at T.C., it looks like the United Nations,” McHugh said. “At the ALC level, we need to increase our diversity in terms of the [city’s] population. It’s a little bit challenging just because the game is viewed as a predominantly Caucasian sport … We’re not going to ever turn a kid away because mom and dad can’t write them a check [to play].”

When T.C.’s female lacrosse team takes the pitch this year, Don West will be the man with the whistle in his mouth. He’s less concerned with the sport’s image than McHugh or McCullogh and more focused on making sure the girls on his team have a bit of experience under their belt.

He credits ALC with sending veteran players his way. While Alexandria doesn’t have as deep of a well to draw from as, say, Lake Braddock or Robinson, West believes all a good lacrosse player needs is athleticism.

“You can give me an eighth-grader or ninth-grader that are very good athletes and they can pick up the sport relatively quickly,” he said.

And like his fellow lacrosse enthusiasts at ALC, West is a firm believer in the sport’s innate enjoyment and accessibility. As long as he’s played and coached, lacrosse has grown increasingly popular.