This has been a fascinating election year in Alexandria. Our ballots, cast in a swing state, could determine the outcome of the presidential election as well as a hotly contested U.S. Senate race that could sway the balance of power. Virginia is a hotbed for politics.

Our elections for city council and mayor have been no less heated. During the primary contests earlier this year, when the focus was solely on our local offices, a boisterous campaign was waged for six Democratic slots on the ballot. After the dust settled, Alexandria’s voters were left with a full slate of Democrats, plus three Republicans, a Libertarian and two Independents running for six council seats. And Democratic Mayor Bill Euille and Independent challenger Andrew Macdonald, good men and lifelong Alexandrians, have provided us with two very different visions for the city.

The Times sent each candidate for local office a questionnaire, and the results are printed in our 16-page, pull-out voter guide in this week’s issue. Our editorial board — which consists of our publisher, executive editor and editorial page editor — used these questionnaire answers to help inform our endorsement decisions. We are blessed to live in a city where such talented, experienced and passionate candidates put themselves forward for public office.

The impressiveness of the 12 council candidates, and especially the two for mayor, made our decisions extremely difficult. But we feel it our duty, as your local newspaper, to make difficult choices. Our endorsement for mayor is below, followed by our picks for city council, which are presented alphabetically. Our school board endorsements will run in next week’s paper.

For mayor, the Times endorses incumbent Bill Euille. This was a difficult selection, as Euille and Andrew Macdonald are men of integrity who have served our city dutifully in various capacities. Euille, mayor these past nine years and before that a councilor and school board member, has a long history of collaborative leadership. He is a strikingly modest man despite his accomplishments, who patiently attends countless school, civic and philanthropic events. He represents our city well — both locally and when he travels on our behalf.

Yes, many in Alexandria are frustrated with the perception that the mayor reaches agreements on development projects before the public has a chance to weigh in. However, we think it’s primarily that — just a perception — as there’s a fine line between behind-the-scenes consensus building, which is a positive, and pre-emptive decision — making, which excludes residents.

We encourage the mayor to strive to dispel this perception should he earn another term November 6. Macdonald is respected throughout the city as someone who has the courage of his convictions and is passionate about preserving the Alexandria he knows and loves. We view his voice as irreplaceable in our city’s discourse.

However, that voice would be most effective as a member of council or leader of an advocacy group rather than as mayor. The very essence of the mayoral position is as a consensus builder and conciliator.

Chapman is as impressive a newcomer on the political scene as we have seen in years. Though only 31, this native Alexandrian has an extensive history of public service on Alexandria’s youth policy commission, the commission on HIV/AIDS, the city budget and fiscal affairs advisory commission, and as former president of the local NAACP chapter. His experience as an educator, emphasis on better oversight of Alexandria City Public Schools’ finances and desire to streamline school programs, make his a valuable voice. We believe his presence would make an immediate impact on council.

Fannon is probably the most effective city councilor. We view his perspective as essential to that body. A lifelong Alexandrian, Fannon is council’s most consistent voice for fiscal restraint and a dependable advocate for lower tax rates. He successfully led the defense against the add-on real estate tax during this past term. Fannon is a banker by trade and has a pro-business perspective, yet he is anything but a rubber stamp for development in Alexandria, as evidenced by his vote against the waterfront plan. He opposed the blueprint because it lacked specifics on the impact of parking and traffic flow in the surrounding neighborhood. Fannon consistently looks for ways to rein in city spending. He has called for an inventory and review of city vehicles and for scrutinizing programs with poor results.

Lovain, who served on council from 2006 to 2009, brings a much-needed “green eye shade” approach to city budgets, saying he would like to break out his “sharpened pencil and fine tooth comb” and use them on the city budget. Lovain is a transportation guru who emphasizes smart growth by integrating land-use and transportation planning. He accentuates the need for transportation infrastructure planning at the heart of waterfront redevelopment. Lovain also is personally beloved by people in the community who know him, no small feat for a politician. We would welcome his return to council.

Silberberg, like Chapman, would be a new voice and a fresh perspective on council. She brings experience in issues that are crucial to Alexandria, particularly the affordable housing question, from her tenure as head of Alexandria’s economic opportunities commission. Though in favor of development along the waterfront, Silberberg says the plan “is not visionary enough” and calls for a small, permanent band shell in Oronoco Bay Park. Silberberg also favors closely scrutinizing ACPS spending, including a top-to- bottom budget review. She believes the city could save considerable money by trimming the use of consultants. 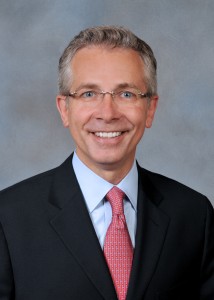 Smedberg also is a budget expert, and the one person that we consider the voice of reason on the waterfront issue. Smedberg, one of only two incumbents the Times endorses, was city council’s representative on the waterfront plan work group that consisted of many community representatives. This group tweaked the original waterfront plan, greatly improving the blueprint. Though the final product has not been embraced by everyone, that is no fault of Smedberg, who displayed great patience during the sometimes torturous proceedings. He also understands Alexandria’s interconnectedness to the larger Washington community better than most and favors regionwide programs such as Bikeshare. The city needs Smedberg’s outlook on council.

Wood is the third newcomer that the Times endorses. An opponent of the waterfront redevelopment plan, Wood nonetheless participated in the waterfront plan work group and attempted to find common ground with a thoughtful, moderate approach. He objects to the flood mitigation and traffic flow aspects of the plan, particularly the notion that hoteliers will be able to build underground garages on the waterfront. Wood’s military background has provided him with experience in dealing with very diverse groups of people. He favors a clear strategy toward attaining and maintaining a supply of affordable housing in the city and has excellent ideas on budget-cutting. His perspective would be very useful in council budget and development decisions.

This group of candidates has several commonalities: most favor trying to preserve and generate low-cost housing in a systematic manner. While not antidevelopment, most of the group has a healthy skepticism about the waterfront redevelopment plan, particularly the traffic, parking and flood mitigation aspects. Finally, all of our endorsed candidates would bring a responsible approach to city budgeting. In addition, they are a diverse group politically, including four Democrats and two Republicans, with a wide range of work and life experience. They represent most of Alexandria’s neighborhoods.

We also would like to mention several candidates we are not endorsing, to commend them nonetheless. Incumbent councilors Del Pepper and Alicia Hughes care deeply about Alexandria; and we are grateful to them for their service to the community. Former councilor Justin Wilson is a talented young man with a lot of energy who, win or lose, will hopefully continue to voice his viewpoints.

Whether you agree with our choices or favor another slate entirely, please do your civic duty and cast an informed vote for local as well as national and state offices November 6.