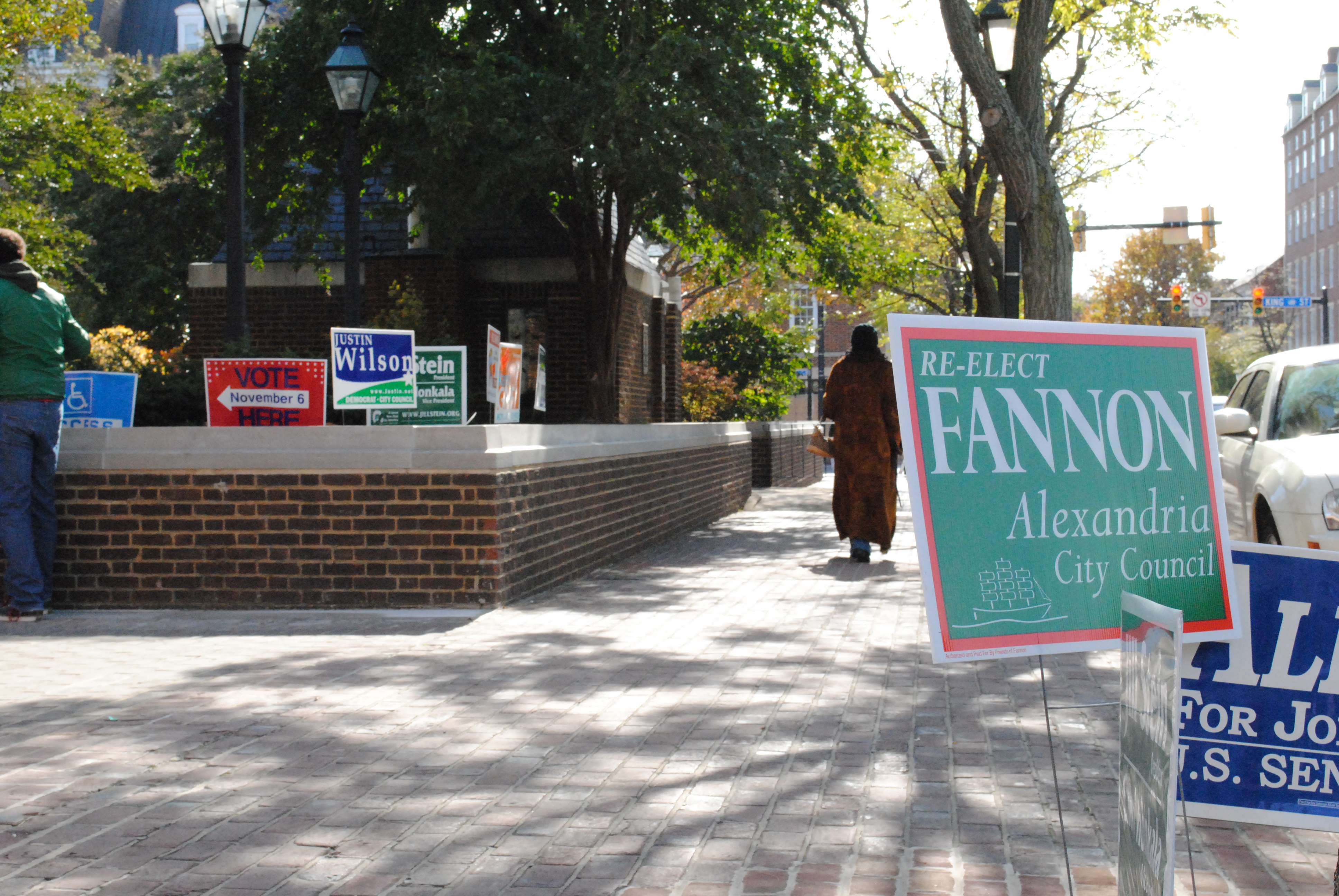 Just two incumbents will rejoin Alexandria School Board next year: Marc Williams in District B and Ronnie Campbell in District C. The third incumbent running for re-election, Vice Chair Helen Morris, fell behind newcomer Bill Campbell as absentee ballots were counted in the early morning hours.

Just as the major networks called the night for President Barack Obama, it looks as though we have clear winners in local elections. If the vote counts remain steady in the remaining two precincts, newcomer Allison Silberberg and fellow Democrats John Chapman, Justin Wilson, Tim Lovain and incumbents Del Pepper and Paul Smedberg will take control of city council chambers.

On the school board front, it looks as though newcomers Kelly Carmichael Booz and Justin Keating will join re-elected incumbent Helen Morris on the committee next year as representatives of District B. In District A, Stephanie Kapsis, Karen Graf and incumbent Marc Williams look like a lock to be on the board.

*An earlier version of this post incorrectly listed City Councilor-Elect Justin Wilson as winning in school board District A. Justin Keating has been elected in that race. The Times regrets the error.

And it’s over, at least locally.

Republican candidates for city council, incumbents Frank Fannon and Alicia Hughes as well as challenger Bob Woods have conceded. With 25 out of 27 precincts reporting, it looks to be a clean Democratic sweep.

“We won the coin toss,” Fannon said, noting that the trio of Republicans were listed first on the city ballot at a somber party at Ireland’s Own in Old Town. “That’s the way it is. We’ll have to move forward.”

“We caught a bad election cycle,” he said.

Hughes believes the outcome would have been different if local elections hadn’t fallen on the same night as the presidential election – the first time in city history.

“Absolutely [different],” she said. “If [the election] were in May, absolutely. It only means you work harder next time.”

Wood was lest confident.

All three spoke as former U.S. Sen. George Allen, trying and failing to regain his old seat, delivered his concession speech on the restaurant’s televisions.

With results reported from eight of the precincts in Alexandria, Mayor Bill Euille (D) remains in the lead against challenger Andrew Macdonald (I). Allison Silberberg, John Chapman, Del Pepper, Tim Lovain and Justin Wilson, all democrats, lead the way for city council.

In Alexandria School Board news, we have results coming in for District A and B races. Newcomers Stephanie Kapsis and Karen Graf lead in District A with two precincts reporting. Incumbent Helen Morris is a close third.

In District B, Kelly Carmichael Booz, incumbent Marc Williams and Justin Keating are in the lead with two precincts reporting.

Three precincts are reporting now and though Republican Frank Fannon remains in the lead among city council candidates (with about 11 percent of the vote) Democrats are catching back up. Allison Silberberg is in second with Republican Bob Wood in third. Alicia Hughes (R), John Taylor Chapman (D) and Del Pepper round out the remaining leaders with a little more than 10 percent of ballots cast each.

The mood among voters at the Democrat watching party at Alley Cats restaurant on the West End is upbeat and happy. Congress Jim Moran and Mayor Bill Euille are in attendance, but none of the city council candidates have arrived. Moran and Obama stickers are aplenty, and red white and blue balloons done tables and poles throughout the restaurant.

No local results have been announced yet, as precincts across the city remain open to accommodate long lines of waiting voters.

No local results yet, but if you’re interested in following along from home head to the state’s nifty breakdown of the results as they come in.

With 45 minutes left before the polls close in Virginia – a swing state – we’re beginning our coverage of the local races from here on out. When Alexandrians finished deciding on their next president, U.S. senator and congressman, they turned to city offices up for grabs.

That means deciding the next mayor, either incumbent Democrat Bill Euille or Independent challenger Andrew Macdonald. And six city councilors from a mix of Democrats, Republicans, Independents and a Libertarian. Two of three school board districts also will be decided by voters.

For a nifty breakdown of what’s at stake locally, check out our voter guide here.

And stay tuned for local coverage all through the night.