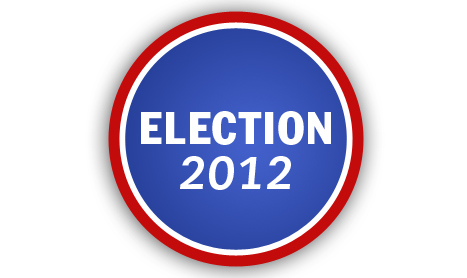 Alexandria City Public Schools seems perpetually at the crossroads, and this year is no different, which makes selecting the next school board all the more important.

Think about it. In just a few years, we’ve seen the district weather a budgeting scandal; draw the ire of older students for reshuffling its adult education program; irk Parker-Gray residents by floating the possibility of a public-private partnership for a new Jefferson-Houston School; and watch a fourth-grade teacher plead guilty to possessing child pornography.

And don’t forget the district’s struggles with subpar state test scores, aging and crowded buildings, and the academic achievement gap between whites and minorities.

Many good things occur in city schools every day, but the problems facing the district weigh heavily on taxpayers — with or without children in the system. Leadership is required and quickly. We need strong voices on the school board, unafraid to listen to the community, hold the superintendent accountable and question administrators.

In that vein, the Alexandria Times is endorsing William E. Campbell, Karen Graf and Helen Morris in District A as well as Kelly Carmichael Booz, Justin Keating and Marc Williams in District B.

Campbell has championed fostering better connections with the city’s minority, special needs and English language learner students and their families. Too often these Alexandrians fall through the cracks. And too often these residents feel alienated from their school district. His emphasis on connecting with the city’s underserved students is refreshing.

Graf brings a healthy skepticism to the seemingly unending implementation of new initiatives. She advocates eliminating programs that siphon off taxpayer dollars by replicating initiatives and taking stock of the district’s existing resources.

Morris is the sole incumbent running in District A, and we have no doubt the board’s many newcomers will rely on her experience, particularly during the upcoming budget season. She also is a Jefferson-Houston neighbor and will serve as an important liaison with the community as the school is rebuilt.

Carmichael Booz wants a more transparent ACPS as well as community involvement before policy decisions are made, whether through the district’s online presence or in person. She rightly recognizes the district has not done enough to engage the community.

Keating would call on administrators to prepare a more detailed budget, giving residents and elected officials a chance to more closely scrutinize the district’s spending habits. He also wants the board to become the “face and voice” of ACPS, which is a step in the right direction when public perception is that the board serves as a rubber stamp for the superintendent.

Williams, like Morris, is an incumbent — the sole incumbent in District B — and he will bring much-needed experience to the board. He also advocates using the community involvement process crafted for the Jefferson-Houston School project for other major improvements. We don’t think the district should limit this model to construction projects, but Williams’ proposal lays down a solid foundation for the future.

Three candidates are running unopposed in District C: incumbent Ronnie Campbell, Pat Hennig and Christopher Lewis. While endorsements are not necessary, we welcome the different perspectives they will bring to the board.

Now just remember to turn over that ballot Tuesday and make your voice heard — whether you agree with us or not.