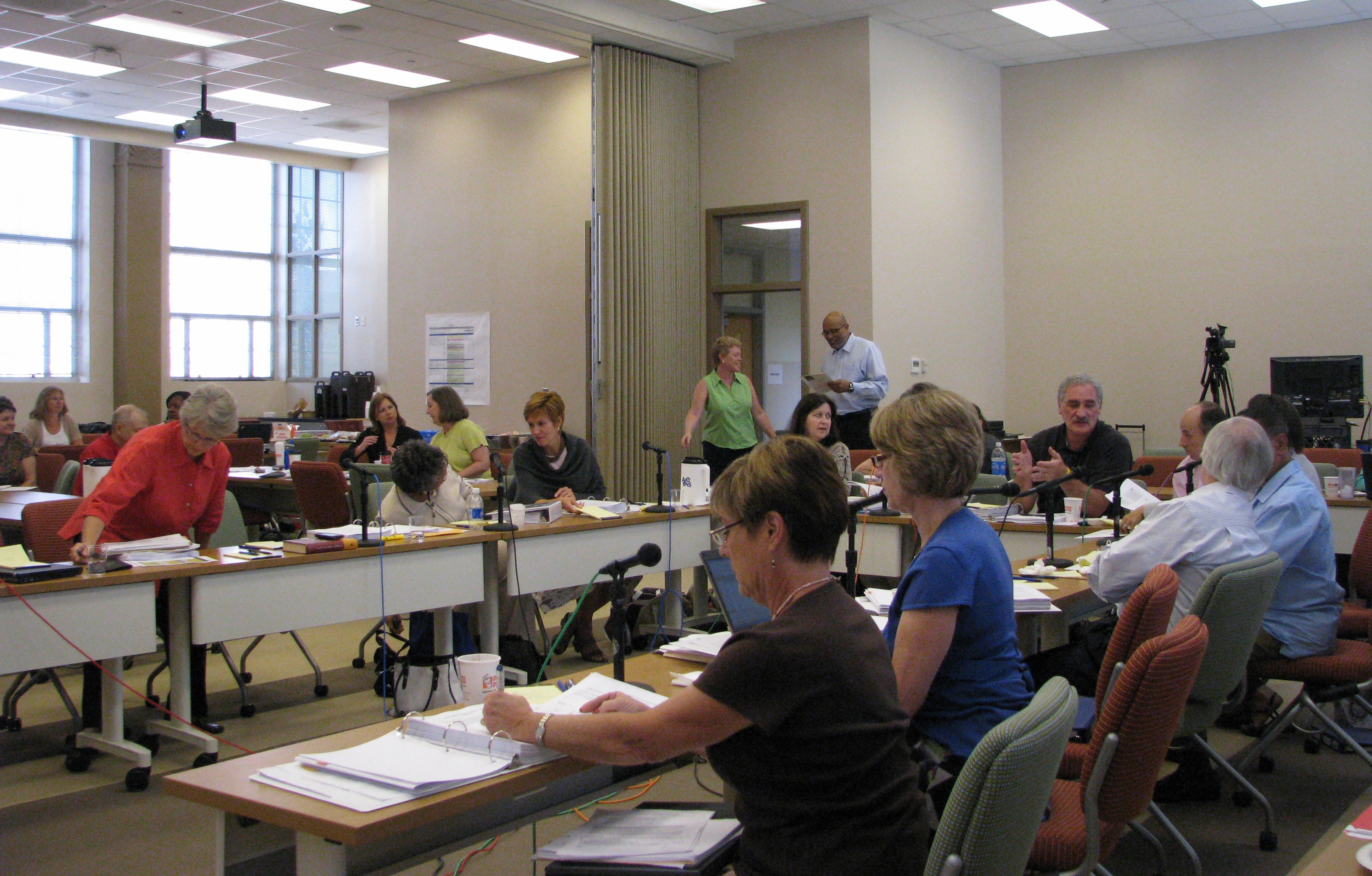 Morris enjoyed a slim lead over rival Bill Campbell for the third District A seat throughout the night, but the newcomer pulled ahead in the early morning hours Wednesday. Bill Campbell said his lead solidified around 2 a.m.

Despite winning re-election, Williams and Ronnie Campbell lagged behind their rivals, each taking the third and final open seat in District B and C.

In District B, Kelly Carmichael Booz and Justin Keating, enjoying 26 percent and 21 percent of the vote respectively, rounded out the winners with Williams. In the uncontested District C race, Christopher Lewis and Pat Henning easily joined Ronnie Campbell on next year’s board.

“I did my best just to talk to as many people as I possibly could,” she said, echoing the sentiments of fellow newly elected school board members. “I’m just really honored and pleased to see that my messaging and background seem to resonate with the community. I’m now very committed to making sure I do right by our kids.”

That the next school board would be composed mostly of fresh faces was never in doubt. Though Morris’ loss proved an upset, newcomers were guaranteed to fill at least six of the nine seats regardless.

Still, the relative inexperience of the new board has the candidates preparing to learn as much as possible in the coming weeks and months.

“I think Helen is a great school board member, so that will be a loss, but … I’ve already had conversations with a number of current school board members who said they will offer their guidance as we go through the budget process,” said Carmichael Booz. “The current chairman, Sheryl [Gorsuch], wants to stay involved, and I’ve heard from Helen that she wants to stay involved as well. All of us are going to really benefit from [their] experience.”

The election came as Alexandria City Public Schools grapples with an achievement gap between white and minority students, overcrowding and major capital projects. And the new board will take over midway through the budget-crafting process.

“I don’t think that experience necessarily concerns me,” said Graf. “I think that, as I was putting it today, we’re being handed over work … midstream, as [the board] is preparing the budget now. We’ll be advocating for the proposals they’re putting in now and hopefully [the newcomers] will put in enough time between now and January that [the budget] is going in a direction we can present to city council and get behind.”

The trick, Williams said, is determining each member’s capabilities before the board meets for the first time. He said he has begun reaching out to his new colleagues.

“I think like any new board, and I’ve served on two separate boards now, the challenge is to find everybody’s strengths and fit those pieces together to work smoothly for the benefit of the students,” Williams said.