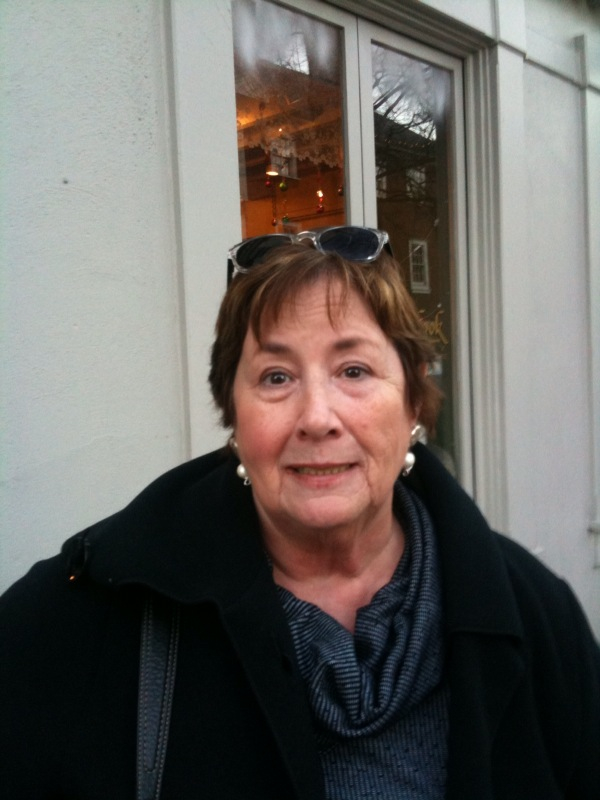 Monthly Chat is an interview that runs on the Times Opinion pages. Look for this space each month to see conversations between Times Publisher Denise Dunbar and leading Alexandrians. This month’s conversation is with Nancy Perkins Underwood, longtime director of the Alexandria United Way, who is now legislative assistant to City Councilor Paul Smedberg.

You have been a fixture in Alexandria dating back to your days as head of the Alexandria United Way. What made you leave the United Way, and how did you wind up working with City Councilor Paul Smedberg?

NU: In 2002, there was a mess at the United Way, where I had been for 20 years. The guy I worked for got in trouble, and they had to clear the board. After that happened, I didn’t want to be there anymore. So, I gave up my job and retired. That lasted three months until I went to work for an old friend of mine, Don Casey. That led to Paul asking me to manage his campaign for council, and after he won, he asked me to be his aide in 2003. We work very well together. Paul is one of the few on council who has a real job outside of city government. Most people on council don’t. Paul is more business-like on the issues he’s involved with.

Your current post gives you a bird’s-eyeview of the most crucial and controversial issues facing Alexandria. What’s your take on the waterfront debate?

NU: The waterfront issue just killed people. But you have to look at the alternative. If you don’t make a plan, you don’t have a plan. The plan that emerged is better than the alternative of development without the framework of a plan.

Do you think Alexandria is well served by having the entire council be from one political party, even if it’s the one you support?

NU: No, having come of age in a period when there was a mixture of people from both parties, outstanding people like Connie Ring and George Cook, we had a much stronger working relationship than these days. I loved the old councils where you had community people who came out of the civic associations and from school involvement. When it’s all one party, there’s not the give-and-take. That said, I think there’s a real spectrum of political backgrounds on the current council. Diversity is not just skin color — it’s more than that. I’m also opposed to having an elected school board.

Given your longtime experience at the United Way, which served as an umbrella for directed giving, what do you think about the emergence of the Alexandria Community Trust over the past 10 years and the role it currently plays in the city?

NU: It has taken the place of the United Way in the minds of the public. This concept of businesses using that as their sole funnel of charitable dollars is new. Businesses used to write a check directly. It’s not necessarily just the impact of ACT, but you don’t see so many million-dollar gifts to local charities anymore.

How do we get businesses more involved in local charities?

NU: There’s a perception in the public that the Alexandria city government gives too much to developers, but I think it’s just that — a perception. I have been with so many well-meaning folks with charities who say we need to get the business community more involved. The problem is, with most of the major development in the city, the developer is based somewhere else. That makes it harder to get them involved. We used to know who the big guys were in town [and who] we could go to to help charities: the railroad, Guiffre Distributing and Jack Taylor. Frank Meeks helped fund welfare reform through [his local] Domino’s Pizza stores. I’m not sure who we go to now.

What’s one thing you’d like to tell the people of Alexandria?

NU: The one message I might have is to tell people to slow down and consider how darn lucky we are that we have what we have in Alexandria. There are irritants. The traffic is bad. But it’ll all work out. It always does.