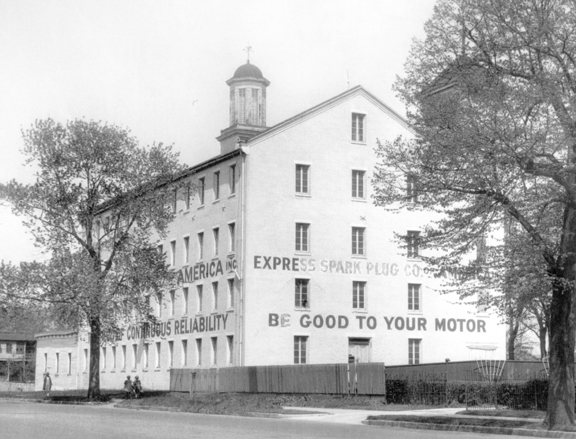 In 1847, a group of Alexandria businessmen founded a company to build and operate the Mount Vernon Cotton Factory. They purchased an acre on the east side of North Washington Street — between Oronoco and Pendleton streets — and built a large four-story brick building, measuring about 110 feet by 50 feet, on the site.

The factory complex included several outbuildings and two steam engines to run 120 looms. The Mount Vernon Cotton Factory operated 11 hours a day and provided jobs to about 150 people, most of them women. But the factory was not the financial success that the businessmen hoped, so in 1852, they leased the factory to another company, beginning a series of sales and renewed business ventures that failed to achieve commercial success.

The Civil War interrupted factory operations when the Union seized the building around 1863 and converted it to a prison for Confederate soldiers. The building was whitewashed and a fence went up around the perimeter. Prisoners experienced crowding and unsanitary conditions, and several attempted to escape.

After the war, repeated efforts to revive operations at the cotton factory were unsuccessful. In the early 1900s, Portner Brewing acquired the property and used it as a bottling house until 1916, when prohibition became law in Virginia. In 1918, not long before this photo was taken, it was sold to the Express Spark Plug Co., which manufactured spark plugs there until 1928.

Sold again and remodeled, 515 N. Washington St. was an apartment building for more than 40 years before becoming an office building in 1981. Since 1992, the old cotton factory has been home to the International Association of Chiefs of Police.

–Out of the Attic is provided by the  Office of Historic Alexandria.