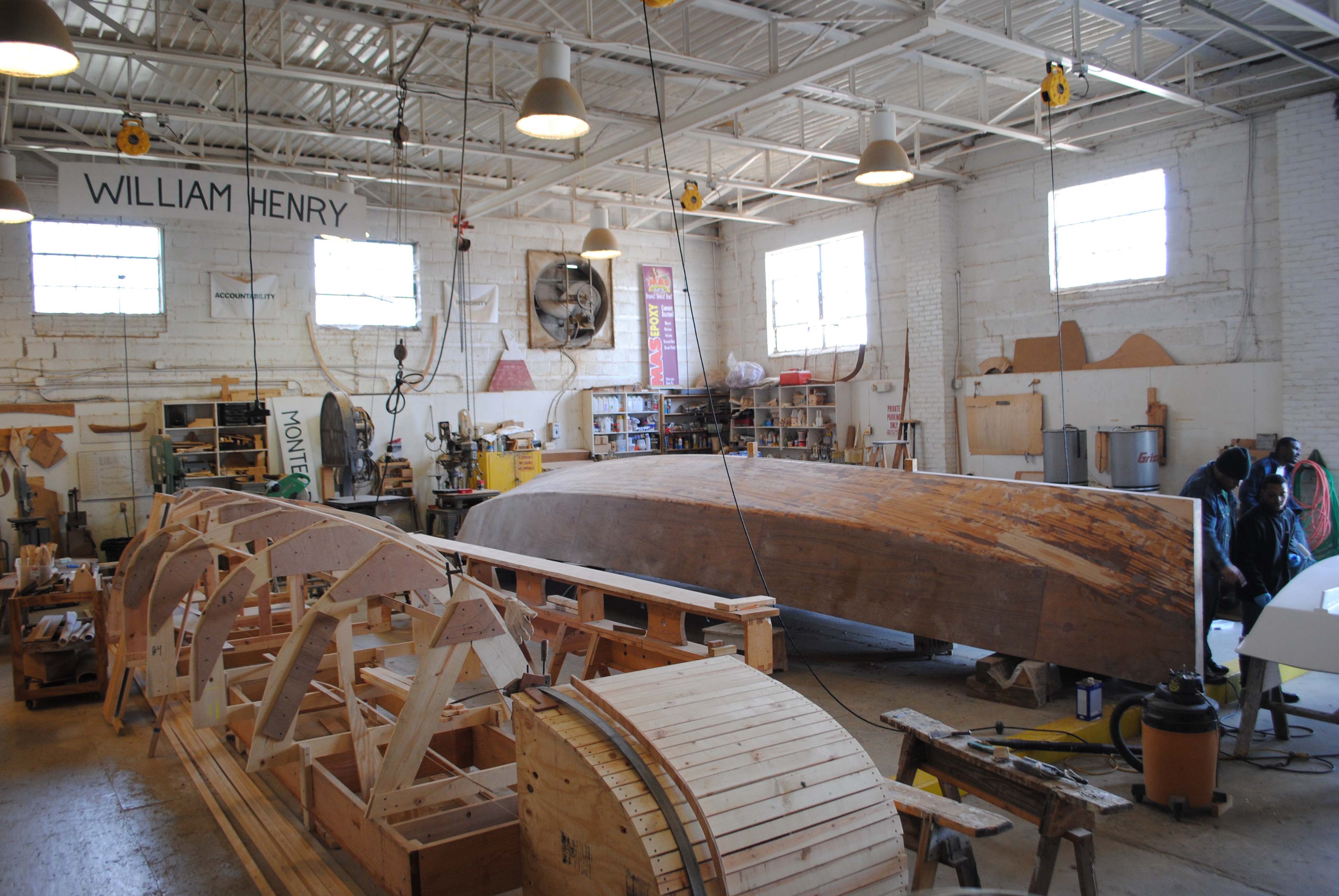 When the last known surviving wooden whale ship, the Charles W. Morgan, departs from Mystic, Conn., on its 38th voyage, a piece of local craftsmanship will set sail with it.

The Alexandria Seaport Foundation’s team of apprentices, volunteers and shipbuilders was one of several around the country commissioned to build a whaleboat for the 172-year-old vessel. The narrow, dual-prowed vehicle of choice for the infamous Nantucket sleighride — an adrenaline filled trip behind a recently harpooned whale — is slowly taking shape inside the foundation’s waterfront facility on Duke Street.

Mystic Seaport, the group undertaking the Morgan’s multiyear restoration, reached out to the foundation because “they know we build boats in the old fashioned way and that’s exactly what they wanted,” said Kathleen Seifert, director of development.

That means putting the whaleboat together in the same fashion a shipbuilder would have in 1841, when the Morgan first took to the ocean, said Tom Tuttle, managing director. Everything from the materials to the methods — built by hand — harkens back to an earlier age of seafaring.

“Other than being new, you could set it down next to an original and it would have been the same,” Tuttle said. “Even though the whaleboats will be built in different locations, they will all be [representational of the period].”

While Seifert can’t recall if the foundation has tackled a whaleboat in the past, the group’s crew has built various different wooden vessels over the years. She doesn’t expect the staff will find the work any more challenging than usual, but Seifert is worried about fundraising.

Mystic Seaport wants the boat finished and delivered by early next year and though the Connecticut-based organization has commissioned the project, it will be up to the Alexandria shipbuilders to raise the money to cover the costs. A benefactor from New York already pledged $25,000 toward the project, Seifert said, but they expect they will need at least that much from other sources to finish the job.

If that seems strange, it shouldn’t. Seifert is quick to point out the foundation is less a shipyard than a nonprofit focused on teaching at-risk youth carpentry skills. The apprentices receive stipends while they’re learning the skills necessary for the trade.

“We’re not a boat building shop, we build lives,” she said. “This boat provides them with work and a learning opportunity.”

Markus Washington, a 22-year-old who arrived in Alexandria by way of North Carolina, is one of those who hope to leave the foundation with a new career path. Busy helping to paint one of the nonprofit’s other projects, Washington recalled how he moved north for a job, only to get laid off.

“I figured it would be a good opportunity for me,” he said of his stint with the foundation. “Boat building, the skills you learn and apply transfer themselves to woodworking. … It’s just good stuff to have in general, to learn the tools to use. Even painting, it’s good to have a wide skill set.”

Washington has helped with the whaleboat project, but most of his work has come in the form of research. He’s putting together informational boards for the school children expected to drop by for a visit and glance at the whaleboat. The nonprofit also is organizing an open house for February 23.

The homework he’s done thus far has left Washington sympathetic to the men who would have trailed after a whale in the cramped and open-topped vessel.

“It’s pretty nightmarish work,” he said. “You’re in this boat hunting something easily three or four times the size of it. … It’s a very vile and difficult job.”