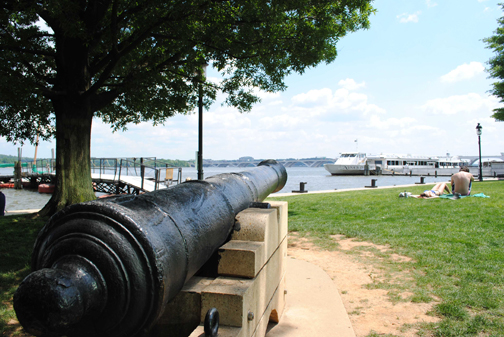 The February 15 letter to the community from City Manager Rashad Young describing the city’s plan to amend the zoning ordinance and revote the waterfront plan is an unfortunate example of things to come in city government. It’s hard to see this action as anything other than an insider power play.

City council will demonstrate by either a supermajority or unanimous vote that the zoning code, as amended, and consequently the waterfront plan is beyond challenge by residents. Sure it has the votes, but does it have to be so blatant in its disregard for the interests of residents of all parties now excluded from the political process?

The fact that city council decided to take this action in an executive session and then explain the unexplainable through a letter from the city manager — crafted to appear like an action on behalf of residents — is insulting. There is no reason to rush this process since a decision on all legal matters is due in less than two months.

In the seven working days before its planned vote, our planning commission — with three brand-new members — is tasked to consider and act on an extremely contentious and significant amendment to the zoning ordinance. Every neighborhood in the city will be affected if property owners lose the right to protest changes to text amendments. With this change, as long as a text change slips through city council on a 4-3 vote, any range of uses can proceed without special consideration or protection for those most affected.

Worse yet, our city council, with a majority of new members, is asked to vote on the waterfront plan without any work sessions planned or significant discussions with stakeholders. All council members expressed concerns with the plan during recent election campaigns, and nothing has changed in the plan.

The haste strongly indicates this initiative is a legal maneuver to make moot the court case or a pre-emptive concession to developer concerns — or both.

Young’s letter is a tacit admission of all the procedural mistakes the city made that will likely lead to a loss at court. The residents’ protest petition was valid, submitted in a timely fashion and applicable to zoning changes being considered in January 2012.

The board of zoning appeals found its fellow residents were correct and acted in good faith. The only delay to zoning decisions is caused by the city. By dropping its appeal of the board of zoning’s decision, all amendments to city zoning could proceed immediately through the approval process.

There is too much development in the approved pipeline to allow a monopoly on power to proceed relatively unchecked because of permissive zoning procedures, executive session shenanigans and a corrosive consensus in the political arena. This new council is off to a very poor start, leading many residents to ask, “What next, city council?”