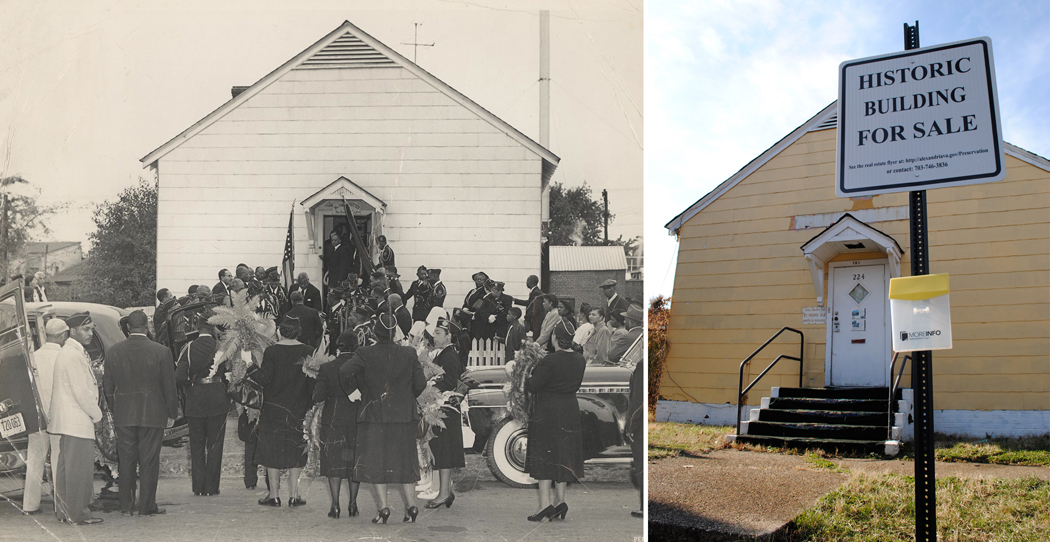 Passions about potential redevelopment of the waterfront, Beauregard corridor and Arlandria have been boiling over in Alexandria these past couple of years. Meanwhile, a smaller — but still significant — redevelopment battle has been simmering all but unnoticed on the back burner: the fate of the former Carver Nursery School building in the Parker-Gray neighborhood.

This little-known landmark is significant because of its history as a nursery school for blacks beginning in the mid-1940s. The building, which was intended to be functional rather than beautiful, served as a community focal point for many years. The passage of time has unfortunately left the building in disrepair and slated for demolition and redevelopment.

Owner William Cromley, who bought the building in 2008 with the intention of redeveloping the property, received approval from city council to build condominiums on the site. But in 2009, before he could proceed, preservationists — led by local activist Boyd Walker — intervened to block demolition.

Cromley, the preservationists and ultimately the city conferred and agreed to seek a buyer who would save the landmark. They agreed to give the effort two years, before Cromley regained full control of the property.

Sadly, no individual or group seems prepared to preserve this building. Some, such as Walker, think either more time should be allocated for finding a buyer or the city should step in and purchase the property.

We think both approaches are wrong. If no buyer steps forward to save the building by the February 25 deadline, Cromley should be able to redevelop the property as he sees fit. There are four good reasons why:

1. From a historical perspective, this building simply doesn’t rank in the first tier of preservation targets. In a city as old as Alexandria, 70-year-old buildings just aren’t as significant as older ones.

2. From a budgetary perspective, the city has too many pressing needs — from rebuilding Jefferson-Houston School to keeping existing services intact — to consider buying this building. Cutting other services or raising taxes to preserve a mid-20th century preschool and American Legion post doesn’t make sense.

3. One of the dearest rights in America is ownership of private property. Cromley bought this property on the open market, a piece of land with no restrictions on it, and tried to do what most enterprising people would: turn a profit.

4. Finally, there is the issue of fairness. Cromley has owned this property for five years. He agreed to the terms in 2010 that made him wait two years while the city and preservationists sought a buyer who would preserve the building. They have apparently failed. Cromley upheld his end of the bargain; it’s time for the other entities involved to uphold theirs.

There are two weeks left before the deadline — plenty of time for a Good Samaritan to emerge and save the day. If this happens and the former Carver Nursery School building is preserved, that would be a happy ending to this saga. Otherwise, it’s time to move on.