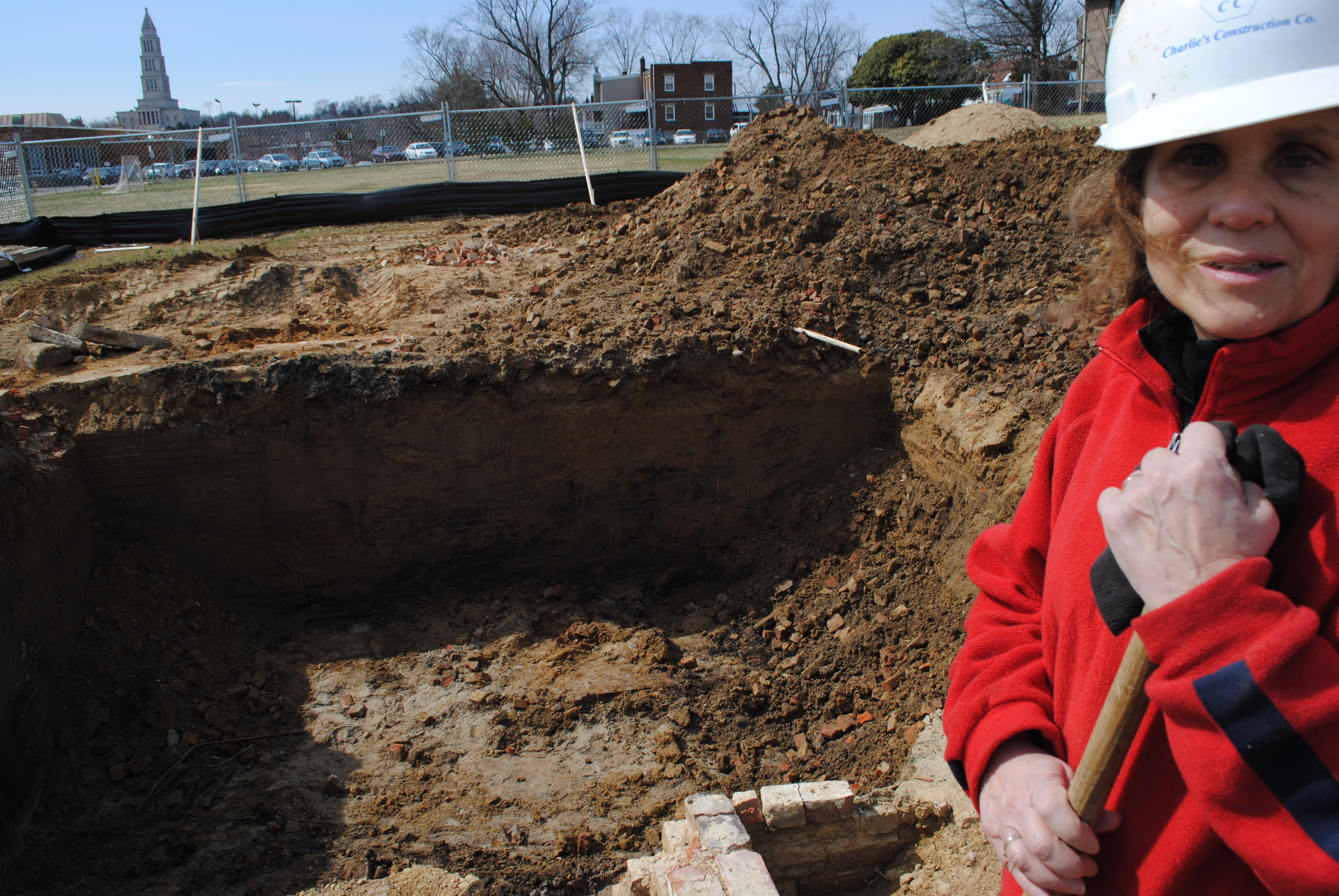 Archaeologists are poring over a massive, brick-lined hole not far from Jefferson-Houston School, containing what might be the most interesting — and surprising — find in recent memory.

Local historians believe the uncovered structure likely is all that remains of the 19th-century equivalent of a slaughterhouse. They made the discovery as Alexandria City Public Schools prepares to break ground on a new Jefferson-Houston building.

“It’s really the only site where we’re going to find anything out about a 19th-century butchery,” said Fran Bromberg, acting city archaeologist. “It’s just really something that came as a surprise.”

In the lead-up to construction, the school district hired URS to do an archaeological survey of the site. In December, the organization uncovered a partial foundation, which — combined with documentary evidence — suggested a previously unknown slaughterhouse.

Long before becoming the public school’s athletic fields, the site was used as a cattle run. A family with ties to the butchery business owned the property — which then was part of Old Town’s rural outskirts — strengthening arguments that the building served as a slaughterhouse.

“This is really your boutique-style slaughterhouse,” joked Garrett Fesler, a city archaeologist, as he worked the site with Bromberg and several volunteers Friday afternoon.

Along with the brick foundation, they have uncovered the remnants of machinery, which will necessitate bringing in a consulting firm specializing in industrial archaeology, he said.

Though the unearthing has added to the overall cost of a new building, it will not delay construction, said Mark Eisenhour, the school’s principal on assignment. Work is expected to begin in May, but until then, the city’s archaeologists will have free rein to excavate, he said.

“We’ve got the time, so they’re going to do a little bit more investigating,” Eisenhour said.

School officials still hope to incorporate the discovery into the building and students’ curriculum. A community engagement committee is analyzing how best to display the artifacts, Eisenhour said.

The roughly $36 million building is expected to be completed by the start of the 2014-15 school year.