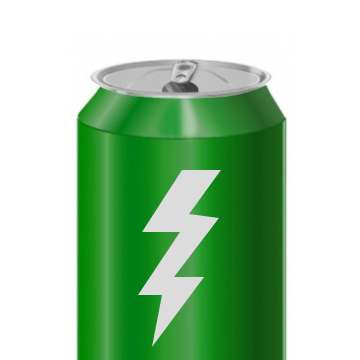 To the editor:
Kids who walk home from school have more chances of an early death than kids who take the bus.

I’m not suggesting that those kids have a higher chance of being hit by a car or becoming the victim of assault, but now that I have your attention, here’s what every parent needs to know: Unregulated energy drinks are hazardous to your child’s health. And your child buys them on the walk home from school every day.

Energy drinks with cool names and loud packaging are on the rise. And half of the market consists of children and adolescents, according to a study in the journal of American Academy of Pediatrics. The U.S. Food and Drug Administration limits caffeine content in the beverages kids drink too much of already: sodas, energy-enriched sports drinks and juices that are considered food. Energy drinks are considered dietary supplements and are available ice cold in neighborhood convenience markets.

As a mother and nutritionist, I find it troubling that kids are drinking energy drinks. It’s bad enough that parents allow their children to consume sodas or sports drinks as they lounge in front of the television for hours. Children may not know these drinks are bad for them — billions of dollars are spent marketing these drinks through television, the Internet or their mobile devices. Parents, you know better.

The problem with energy drinks is they serve no nutritional benefit, are dangerous to a child’s cardiovascular health and can lead to obesity. I was shocked when I saw a child purchasing two large, 16-ounce energy drinks at my local convenience store.

After asking him his age (14) and why he needed so much energy (homework), I frowned when he told me he buys these every day, which, at 54 grams of sugar per can, was more than enough for the day. In my day, a concerned parent would have grabbed me by the ear and sent me home empty-handed. Instead, the child told me: “My mom knows these are my favorite.” Silly mom.

The same journal study revealed the average child normally exceeds adverse levels of caffeine after just one serving of an energy drink. It should come as no surprise that high doses of caffeine increase the risk of hypertension, heart arrhythmias and, as in some high-profile 2012 cases, death.

But because energy drinks are considered nutritional supplements, manufacturers do not need to list caffeine content — not to mention the amounts of additional stimulants like guarana, an herb that already contains caffeine. Caffeine, readily available and sold over the counter to children in unknown quantities, is dangerous. Case closed.

Granted, energy drinks are not the sole factor contributing to obesity. A child’s activity level, genetic profile and the amount of excess calories that they consume are contributing factors as well.

As a parent who also studies food marketing, I find the marketing of these drinks to children troubling and it needs to stop. Our children have the rest of their lives to become over-stimulated, anxious adults. Energy drinks serve no purpose to a child other than to cause harm.

We have a food movement in America led by first lady Michelle Obama, who has made childhood obesity a signature platform issue. Although energy drink manufacturers are working toward being labeled as food, the time is right to properly label these foods as dangerous to children’s health.

In the meantime, we must ensure we correctly target the people with the majority of the blame for this problem: misinformed and delusional parents who reward their children with stimulants and excess sugar. Every single one of us should demand these drinks no longer be sold to children in our neighborhoods.