Monthly Chat is an interview that runs on the Times Opinion pages. Look for this space each month to see conversations between Times Publisher Denise Dunbar and leading Alexandrians. This month’s conversation is with Kristina Arriaga de Bucholz, an Alexandria resident who is executive director of the Becket Fund for Religious Liberty. 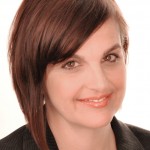 The Becket Fund is one of the most visible religious rights organizations in America. How did you become interested in the topic of religious freedom?

Kristina Arriaga de Bucholz: As a child, during [World War II], my mother spent time in a concentration camp in Germany, then moved to Cuba where she met my father. Both escaped [former Cuban Prime Minister Fidel] Castro’s dictatorship in the 1960s. In Miami, at the beginning of their exiled life, they practiced English watching “I Love Lucy,” and later became naturalized citizens. They eventually moved to Puerto Rico, where I grew up. My father often reminded us we lived in the freest country in the world. We grew up with a strong commitment to freedom and were taught to keep a watchful eye on government intrusion into any of our rights.

What is the Becket Fund for Religious Liberty?

KA: The Becket Fund [www.becketfund.org] is a public interest law firm that exists to defend the principle that because the religious impulse is natural to human beings, religious expression is healthy and natural to human culture. We advance that principle in the courts of law, the court of public opinion and the academy. We are the only public interest law firm in the world that defends all religions. Since our founding we have defended the rights of people of many faiths: Christians, Jews, Muslims, Hindus, and others.

Is the Becket Fund a large organization?

How long have you worked there?

KA: For 17 years, on and off. I have worked my entire career in human rights and civil rights. Before the Becket Fund, in the late 1980s, I was on the U.S. delegation to the United Nations human rights commission in Switzerland. In the early 1990s, I worked with Cuban human rights activists raising awareness of their plight and helping defectors with relocation assistance. In 1996, the founder of the Becket Fund called me and asked me to help organize a conference in Rome. I have been at the fund on and off since. I left for family-life issues — I had three kids — but the Becket Fund was fantastic in accommodating a work/life balance. When my children were still young, my Marine Corps husband was deployed to Iraq, and I took a four-year assignment to work for the U.S. civil rights commission. But in 2008, the Becket board of directors asked me to return as executive director, and that’s where I am today.

What are some of the most important cases the Becket Fund has been involved with?

KA: We secured a unanimous decision from the Supreme Court (Hosanna-Tabor) on behalf of the rights of all houses of worship to make their own hiring and firing decisions without government interference. We defended keeping the words “Under God” in the Pledge of Allegiance because it underscores the American principle that our rights do not come from the state; therefore the state cannot take them away. We defended the right of a congregation of Muslims to build a mosque in Tennessee.
Most recently, we sued the government on behalf of Hobby Lobby over the Affordable Care Act’s Health and Human Services mandate, which forces most nonprofits and for-profits to pay for abortion-causing drugs. The Hobby Lobby founders and owners are the devoutly Christian Green family. They have no moral objection to the use of preventive contraceptives. However, they cannot pay for the so-called morning-after pill and the week-after pill. Covering these drugs, as the government is forcing them to do under the threat of a $1.3 million penalty per day, would violate their most deeply held religious beliefs. The Becket Fund was the first to file against [this] mandate.

Why do our religious rights seem to be in the news now more than previously?

KA: The reason religious liberty is now a hot-button topic is because it is under attack. Religion is not secondhand smoke. It is not wrong. Religion is part of culture. We should be able to express our religious rights in the public square and in the business square. People want to be nice and not offend anyone, but, as John Adams said, “Our conscience is our most sacred right.” It is not a preference. People die because of conscience; they do heroic things. Eliminating conscience choices makes for a huge crisis in this country.
Religious liberty has always been an important topic since before the founding of our nation. Our Founding Fathers sought to protect it with the First Amendment to the Constitution. Freedom of religion was first before all other rights. Even before the Constitution was drafted, George Washington himself excused the pacifist Quakers from joining the militia. The Supreme Court has repeatedly recognized the importance of conscience rights. Only 20 years ago, President [Bill] Clinton signed into law the Religious Freedom Restoration Act, which was adopted by Congress with nearly unanimous support. It’s only recently that the government has taken the position that we have “freedom to worship,” not “freedom of religion.” That seemingly unimportant change is extremely worrisome for all who care about freedom.

What else would you like to say to Alexandrians?

We live in the same city where George Washington lived and worshipped. I hope Alexandrians reflect on the fact that they cannot take their rights for granted. Religious liberty is not about who God is, it is about who we are. The government should exist to protect religious liberty, not to take it away