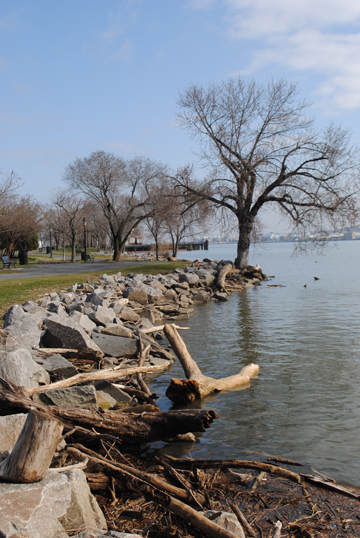 This means redevelopment of the waterfront can proceed — barring further legal challenges from opposed residents. As several councilors, led by Paul Smedberg, have repeatedly stated, approval of the redevelopment plan does not mean that any specific proposal — for a hotel, restaurant or shop — has been approved, just the general zoning and density framework.

The zoning law change to disallow text amendment protest petitions was perhaps more distressing to those wary of development projects. They view this move as a power grab by the city, taking away a fundamental American right — the right to protest — at a point in a project where real input is still possible. They are right that barring those most affected by a project from petitioning for a supermajority vote will lessen residents’ ability to influence development projects.

This is a case where the city may be technically right but morally wrong: The ability to petition for a supermajority vote may well have been intended only for map and not text amendments. But the larger issue is resident input at early stages of projects that directly affect them. There is some validity to opponents’ claims that the city doesn’t allow for real input before decisions are made. Processes allow for listening but don’t require actual hearing.

City council will have an opportunity to address the specific concerns of residents who live near the waterfront redevelopment sites as individual projects are proposed. To retain credibility that it has acted in good faith — and to avoid killing the goose that laid the golden egg — the council must adequately address the very real issues of parking and traffic flow in east Old Town.

We have two recommendations that would go far toward resolving these issues:

• Second, make a several-block radius around any development project a resident-only parking zone. If a hotel is indeed built at the foot of Duke Street, which we consider the worst location of the three possible sites, then at least make Lee, Fairfax and Royal streets from Prince to Wilkes a resident-only parking zone. This would force visitors to utilize parking lots and garages and also would minimize foot and car traffic on these streets.

Silberberg has shown considerable courage as a council newcomer in standing against her fellow members on the waterfront redevelopment issue. We hope that other councilors will join her in working to ensure that the heart of Old Town remains livable. No one will benefit from Alexandria’s waterfront becoming National Harbor redux.