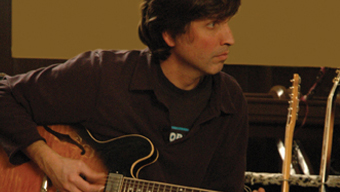 The Cowboy Junkies are an alternative country/blues/rock band with a spare, mellow sound. The Canadian band consists of Timmins siblings Michael, Margo and Peter plus bassist Alan Anton. They will appear at the Birchmere on Wednesday and March 14, playing their seminal 1988 album “The Trinity Session” — which was recorded on one microphone in a Toronto church — in its entirety the first night and 1992’s “Black Eyed Man” the second. Michael Timmins recently spoke by phone with Times Publisher Denise Dunbar.

You’re about to appear at the Birchmere in Alexandria, but the first time I heard you, in the late 1980s, was at the Lisner Auditorium in D.C. Can you compare what it’s like to play in those venues?

Michael Timmins: The Birchmere is one of the really good listening rooms around the country. It’s set up for the audience and band equally well. You guys are very lucky to have that venue. You do have to approach a show [in a larger arena] differently. You don’t have the same sense of intimacy. You don’t have to be louder, but you have to be a bit bigger. There’s more of a show involved. Those shows can be very satisfying, but they’re also harder to make satisfying.

You’re in the midst of touring for your “Nomad” series of albums. What is this series?

MT: We were fooling around with what to do for our next record, and we had too much material. We had many different influences going on. We were completely free of contracts and realized we could do whatever we wanted. We decided to do four records in 18 months. Once we came up with that, we decided we should tie them together through artwork. Our friend Enrique Martinez is a painter in south Florida. He already had a set of paintings that spoke perfectly to the project. 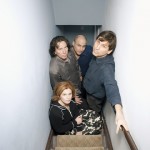 Though you’re in the midst of touring for “Nomad,” a few nights you are playing the entire album “The Trinity Session” and the second night at the Birchmere you’re doing “Black Eyed Man.” Why are you interspersing those nights in your Nomad tour?

MT: We’re doing two sets each night at the Birchmere. The first set will be dedicated to “Nomad,” and the second set to “Trinity” and “Black Eyed Man.” It’s just another way of presenting our music and getting people interested. It’s a constant battle for a band that’s been around as long as us to get people to come back. There’s only so much money out there, and if people have to choose between a new, young band they’ve never seen and us that they’ve maybe seen once or twice, it’s another way of giving them a reason to come and see us.

When I heard you a few years ago, you didn’t play any songs from “Trinity,” even though it’s your best-known work. Why is that?

MT: That’s the tricky side of touring. We got to a point where we had to put those songs to bed for a while. Now they’re starting to re-emerge. Part of that is because we have the “Nomad” series — we have so much new material. From our point of view it now feels OK to go back and take the more popular songs and play them in the second set because we’ve just exposed [the audience] to a whole bunch of new material. There’s a balance.

Your style is basically the same on all of your albums. It’s a mellow, understated sound.

MT: That’s a characteristic of the personalities of the four of us and the way we play together. None of us are schooled musicians. We approach our instruments very uniquely: We play them the way we play them. You put four of those together, including Margo as the singer. That’s our sound. We can’t really escape it. It’s been a knock on us and also the thing people love about us. To me it’s a very positive thing. It’s very unusual for a band to have a truly unique sound and that’s what we have.

There seem to be three main elements to the Cowboy Junkies: that mellow sound, Margo’s amazing voice and your songwriting, which is really profound. Is it draining to go so deep with your writing?

MT: In some ways it’s the opposite. Exploring those things and analyzing them and using them as a form of expression and ultimately, hopefully of art. It’s more liberating and uplifting. My songs are a combination of observation and personal experience. Some are straightly autobiographical, and if you knew me as my siblings do in the band, you would know which ones. I create a narrative where the nugget is personal and make them more universal.

How do you go about writing? Is it by inspiration on napkins in restaurants or is it more of a discipline?

MT: It’s more of a discipline now. My life is so busy, and I have three kids. I used to write all the time when I was younger. Now, I jot ideas down as days and weeks progress and then have to put time aside to do the writing and leave my life for a few days at a time or a period of time. It’s a real discipline, sitting down and writing and getting up the next day and going over it.

One of the striking things about the band is that you’re able to write these songs for your sister to sing. How do you get inside a woman’s head and write songs that women in your audience relate to?

MT: Those songs start with a kernel of personal experience. I try to get to the essence of those experiences — those things are universal for a man and a woman. Then I try to create a narrative from a woman’s perspective, which is obviously from observation. Some of those that are from a woman’s perspective, if I flipped the gender and changed a few things, I think they would be just as effective.

When you’re on stage, Margo is the voice and face of the band. You’re the creative force in the band, and yet you don’t say much up there.

MT: I say nothing (laughing). We felt from the beginning that we needed one voice to speak for us. The obvious voice is the singer as far as the stage is concerned. People always focus on the singer anyway. Rather than trying to blur those lines, we just leave it. Ego in the band doesn’t exist. We all know what we do and what we contribute. When it comes to the live side of things, we all know our part. We have to focus on what we are individually doing. One of the things that Margo does well is relate to the audience.

How does the band work with your family dynamic? You’re one of six siblings, yet three are in the band and three are not.

MT: We’ve been very careful over the years separating the two. The band is the band, and the family is the family. If we have issues within the band, we deal with them quickly and don’t let them bleed into the family. The family is more important than the band. As far as the rest of the family goes, we’re just brothers and sisters.

How did the band emerge from your background? Did you grow up in a really creative home?

MT: I don’t think of it as creative, but it was a very open household and we were very supportive of each other. We grew up in the 1960s and 1970s — a crazy time. We were given a lot of freedom and responsibility. We took it and dealt with it.

Your independence as a band is remarkable. You record and produce all of your own songs — and distribute them through your website. You seem to have total creative control.

MT: We sort of set it up that way. At the turn of the century, the record industry was falling apart. We didn’t want to get caught in that, in anything that would keep us from doing what we love to do, which is making records and touring. We started to divest ourselves of contracts. Over the last few years, as contracts came up for renewal, we got rid of them. We’re totally devoid of contracts now, which is great.
The negative side is there’s a ton of work involved in keeping things going. The positive side is we can do something like the “Nomad” series without going to 17 different marketing meetings to get permission. By the late ’90s it wasn’t fun, so much energy was put into dealing with these companies. We were losing steam because of it. It would have ended the band if we had to deal with that for a few more years. 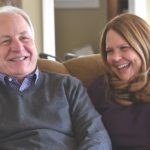 Missy Schrott - February 20, 2020
By Denise Dunbar | [email protected] One way to a girl’s heart is to earn her mom’s stamp of approval. That’s what Dana Lawhorne, Alexandria’s sheriff...