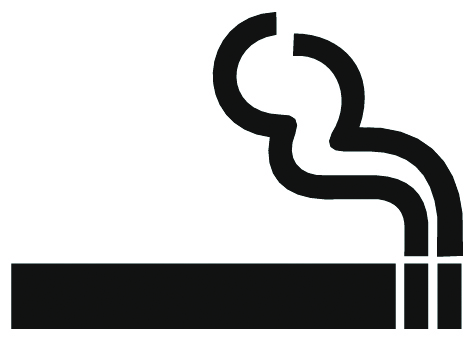 As T.C. Williams students gathered to raise awareness over the prevalence of tobacco and alcohol advertisements last week, they were greeted by 177 bright flags stuck in the ground.

The display served as a symbol for the estimated 177 Virginia youth who start smoking each week. And for the students, it was a stark reminder of the power tobacco advertisements have on their peers.

More than 40 students joined together to participate in Kick Butts Day, a national day of activism that empowers young people to take control against tobacco abuse. They later visited more than 70 stores throughout the city, executing what they called Operation Storefront by counting the advertisements they saw promoting alcohol or tobacco products.

“The whole idea of Kick Butts Day is for kids to take charge,” said Noraine Buttar, coordinator for the Substance Abuse Prevention Coalition of Alexandria.

T.C. students organized the day of activism with support from Y Street, the Clean and Smoke Free Air Coalition of Alexandria, the city’s parks, recreation and cultural activities department, and Buttar’s group.

After collecting the surveys, the Substance Abuse Prevention Coalition of Alexandria examined the results and — in conjunction with participating students — will choose its next course of action in the coming weeks.

Students may send letters to the owners of stores with only a few advertisements, congratulating and thanking them for not promoting tobacco use. However, shops showcasing too much advertising could get a concerned note from the students.

“We don’t want a lot of youth to get drawn into smoking,” Buttar said.

The students also evaluate whether the businesses are in violation of the Family Smoking Prevention and Tobacco Control Act, legislation that gives the Food and Drug Administration regulatory powers over the industry.

“[Youth] will listen to their peers more than adults and political leaders,” said Mayor Bill Euille, who attended Kick Butts Day. “The message we were hoping to [convey] is to encourage them to decrease the number of youth that start smoking here in Alexandria.”

Though the organization is still sifting through the survey’s results, Buttar said many smaller stores and marts in Alexandria limited pro-tobacco advertisements. By contrast, though, students were surprised to see what they described as an overwhelming amount of tobacco advertisements in 7-Elevens throughout the city.

The students were given a list of all stores in the Port City that sold alcohol and tobacco products and tried to visit as many as possible. The stops included gas stations, supermarkets and pharmacies.

“We want to empower the youth to participate in the prevention effort,” Euille said. “It has been successful since it launched last year, and we hope it’s successful in years to come.”

This year’s event marks the city’s second time participating in Kick Butts Day. It’s part of a larger effort to curb tobacco use in Alexandria.