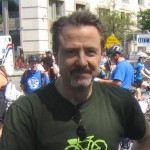 I often hear that the future of Alexandria depends on transit.

Indeed, our 2008 transportation master plan sets a goal of successfully integrating walking, biking and other transit options. This plan — we are told — will meet Alexandria’s environmental goals: reduce per capita vehicle miles traveled by 5 percent every five years and increase the number of commuters using public transportation by 25 percent by 2020.

I have been assured that Alexandria is designing and building for the future, but I am not convinced. I am particularly concerned about Potomac Yard.

As we build for a transit-oriented future that differs substantially from our car-oriented present, we face a challenge: Many residents do not like to see their neighborhoods change. For example, Alexandria is home to residents who bought houses here because, at the time, it was easy to drive from the city to jobs in nearby Washington.

We also have residents who bought homes near the Metro or job centers for similar ease of commuting. In other words, people move to a place because they like that place the way it is.

Here is another example: According to a 2006 study by the Delaware Department of Transportation, people often oppose new bike lanes and paths even though they increase property values. After the bike paths go in, attitudes change and property values go up, but it is new residents, attracted by the bike lanes, who lead the way. If we want a transit-oriented city, we need transit-oriented residents.

To achieve a transit-oriented future that provides relief from automotive gridlock, we need to build new neighborhoods that will attract people who prefer not to drive. The best way to do this is to build the transit first, so that, when new housing is built, prospective residents will visualize themselves walking or cycling to the Metro or bus rapid transit.

The last thing we should do is build new housing next to two multilane roadways with no evidence of transit options and wide streets that favor cars over pedestrians. Yet, that is exactly what we are doing in Potomac Yard, where all bike lanes end on the Arlington side of the border.

If we want the new residents of Potomac Yard to be encouraged to eschew cars, we need to give them something other than roads. As it stands, Potomac Yard is hampered by a complete lack of bike lanes — lanes that could get residents quickly to the new Metro station as well as the Route 1-Potomac Yard bus rapid transit line. The appeal of bicycling has been proven at nearby Braddock Road Metro station — the station with more parked bicycles than any other in the 86-stop system.

We could fix this situation quickly and at very little cost by narrowing or reducing traffic lanes on Potomac and Main Line avenues and adding bicycle lanes. Further, we could add a bicycle parking facility or bike station to the bus rapid transit line that is under construction.

Sadly, we seem to be doing the opposite. I was astounded to learn from city staff that the bus rapid transit line will have no bicycle parking at all.

Potomac Yard presents us with the opportunity to attract new residents that are enthusiastic about bicycling, walking and transit. With a little restriping and repaving, we can do this for a tiny fraction of the cost of a new bus or a bus rapid transit station. This small investment will pay for itself in increased transit revenue and reduced gridlock. Let us please seize this opportunity instead of squandering it.

The writer is a member of the Alexandria Bicycle and Pedestrian Advisory Committee.
In the article ‘Water under the bridge’ (a curious title) … the Times inappropriately displayed its bias against waterfront development.”