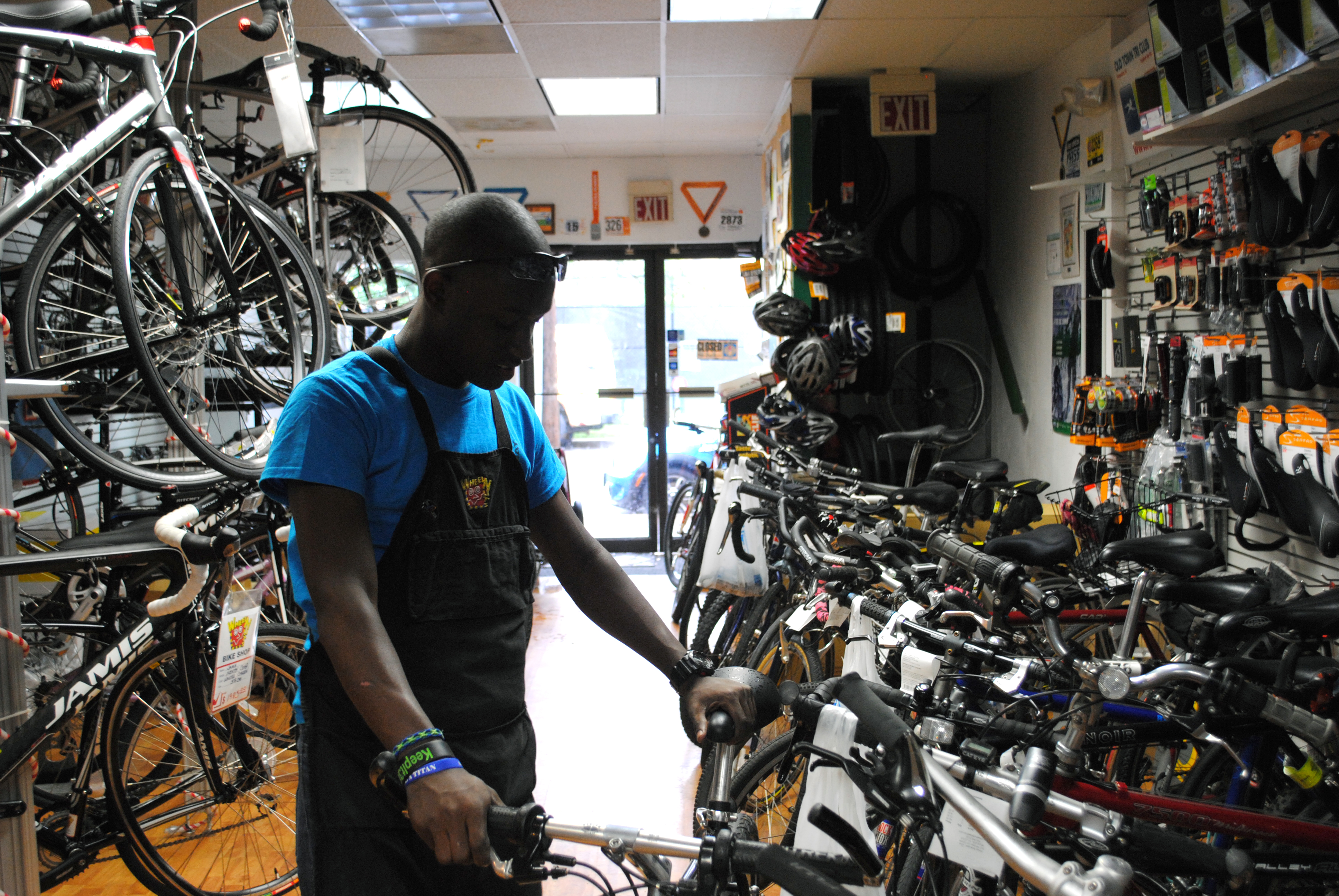 As officials began updating the city’s bicycle ordinance, they left alone a provision letting local authorities keep tabs on anyone buying or selling a bike — at the police department’s behest.

A slew of changes to the ordinance are up for adoption, including allowing cycling on city sidewalks. But a paragraph that has remained unchanged requires businesses that buy or sell bikes to “report to the police chief every bicycle purchased or sold … as well as the name and address of the person from whom it is purchased or to whom it is sold.”

Police officials argue that the provision helps them keep track of stolen bikes as well as more easily identify thieves and the owners of recovered bicycles. Although the longstanding section of the code was never enforced, officials hope to set up a registry in the near future.

“There’s no reporting in place now, you’re right,” he said. “But if it stays in the code, we could put one in place. If it comes out, we can’t.”

But bike shop owners said such a registry would prove onerous to implement as well as inefficient compared with databases that they already recommend to buyers.

Ron Taylor, owner of Wheel Nuts in Old Town, said that since opening his shop 15 years ago, he has not once registered a bike with local law enforcement.

Instead of trying to implement another system for reporting bike sales, Taylor said the city should adopt using the National Bike Registry. He described it as simpler and more effective than anything at the local level.

According to Local Motion, the city’s hub for transit-related questions and information, the police department also recommends signing up with the national organization to deter theft and return stolen bikes.

“It’s the only true national database,” Taylor said. “It’s already in place, and it’s more effective because it’s national. So if your bike is resold in Baltimore, it can still be returned instead of sold at auction.”

Washington, D.C. repealed a similar local bike sale registry in 2008. Arlington County Police Department spokesman Dustin Sternbeck said that while the county does maintain a bike registry, it is voluntary and up to bike owners to register.

Christian Myers, co-founder of VeloCity, a Del Ray-based bicycle co-op, worried about what enforcement of the code would mean for shop owners. He called making them responsible for registering bikes a bad idea.

“It needs to be up to the bike owners themselves,” Myers said. “It would just mean a lot more paperwork for us.”

Bruce Dwyer, a member of the Alexandria Bicycle and Pedestrian Committee, said that although the committee has not taken an official position on the issue, he thinks using the national registry would be a better solution for police.

Bartlett said police don’t yet have a timetable for implementing the registry.

“Logistically we would need to work some things out since there’s no registration process yet,” he said. “There are just some things we have to do on our end before we get in touch with dealers.”