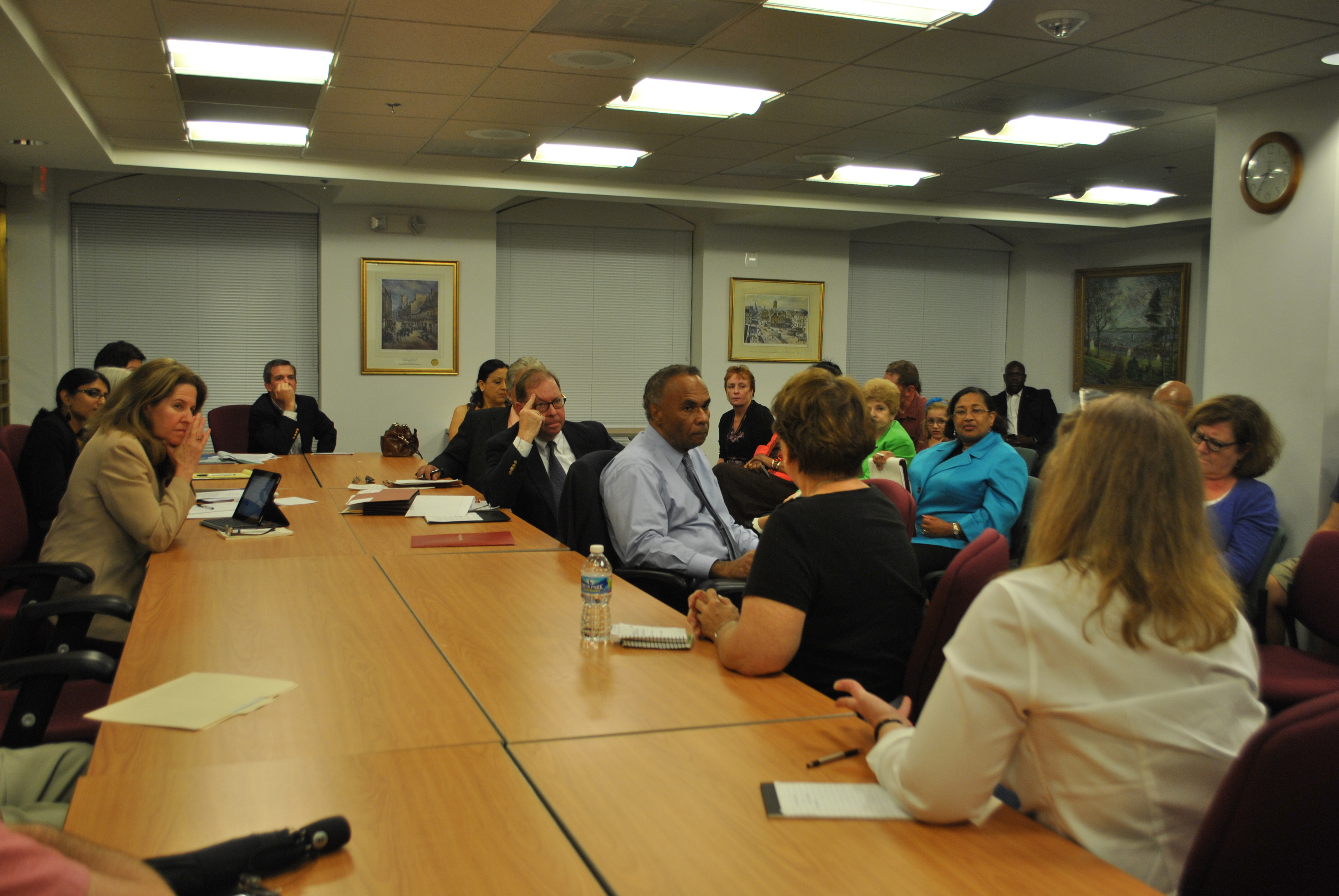 Hunting Point residents – concerned about their future in the shoreline apartment complex – made a desperate call for help to city councilors at a community meeting Wednesday night.

Laramar, a national real estate giant, bought the south Old Town towers in March, and has threatened to raise rents and other costs substantially in order to aid their renovation efforts.

Maurice Barboza, a longtime resident of Hunting Point, contacted Vice Mayor Allison Silberberg to arrange a small meeting with three residents. But about 40 tenants made the trip to City Hall to make their case before Alexandria’s elected officials.

“We need your help, this week and next,” Barboza told Silberberg. “The situation is dire.”

Tenants said they do not want to pay higher rent to live in Hunting Point, which has deteriorated over the years because of lack of maintenance by its previous owner, the Virginia Department of Transportation.

Dysfunctional heating and air-conditioning, unreliable elevators and poor water pressure are just a few of the issues that residents have dealt with since VDOT took over the property as part of the Woodrow Wilson Memorial Bridge project.

“Residents on the upper levels wait 20 minutes just to get lukewarm water,” said renter David Chun. “A lot of water wasted and a lot of energy wasted.”

Some of Hunting Point’s long-term leaseholders, like Don Berliner, have faced eviction notices from Laramar that have been only temporarily suspended.

“I talked to the property manager and got no satisfaction whatsoever,” Berliner said. “Unless some things are done in a couple of weeks, then [the eviction notice] will be back on the table.”

Mayor Bill Euille told residents at the meeting that he plans to personally speak with Laramar to encourage the company to meet with tenants and alleviate some of their concerns.