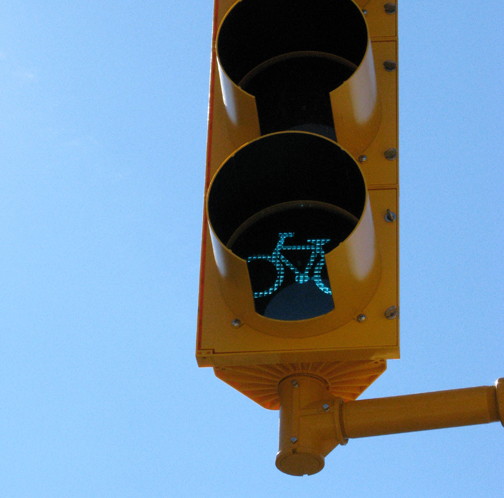 As a supporter of healthful bicycling, I am often asked why people who ride bicycles so often disobey the law.

The short answer is that, in an effort to get to their destinations, almost everyone breaks the law in ways they consider “safe,” even though “safe” is not always safe.

Here in Alexandria, some have reacted to cyclist rolling stops by taking the law into their own hands. In the most recent case, a gentleman wrote a letter to the Alexandria Times (“Cyclists will break the law as long as they can get away with it,” May 23), describing his verbal assault upon a cyclist in the midst of a rolling stop.

Such behavior is itself dangerous. Earlier this year, a person on foot was reportedly physically grabbing and pushing cyclists at an intersection in Old Town. Again, it was people doing rolling stops on bicycles who were assaulted. The police were called, but the vigilante was not caught.

My concern is that these assailants targeted cyclists based on the myth that people become scofflaws when they ride bicycles. After all, there is nothing about contact with a bicycle that induces temporary insanity. Then again, perhaps I don’t ride the most exciting type of bicycle.

People on bicycles are often viewed as interlopers on our streets. Reacting emotionally, some drivers view them as unnecessary obstacles while some pedestrians view them as outsized threats. Traffic studies, on the other hand, show that people who ride bicycles react to the perceived danger of bicycling by sensibly choosing caution over recklessness.

For example, this caution extends to the use of alcohol: A study of fatal crashes showed that intoxication rates were 63 percent for pedestrians, 52 percent for drivers and only 33 percent for cyclists. This is discussed in the book “City Cycling,” co-authored by Ralph Buehler of Virginia Tech, who teaches graduate studies in Alexandria. Sadly for the fashion-sensitive among us, cyclist caution also favors rather garish clothing

The mistaken idea that cyclists are less cautious than others has its root in two facts. First, while drivers and pedestrians generally have clearly assigned space on our streets, cyclists do not. In an effort to squeeze the round peg of bicycling into the square hole of our roadways, the law generally allows cyclists to use either traffic lanes or sidewalks.

Cyclists also are allowed to ride next to lanes of stopped cars (in the absence of a bike lane, moving toward the front of the line enhances visibility and safety). Cyclists are required to ride to the right of the lane but are encouraged to ride in the center of the lane when it narrows.

Taken as a whole, the practice of bicycling seems inconsistent, even as most individuals ride legally. This general inconsistency is mistaken for general carelessness.

Second, because bicycles have safety advantages over cars, a “safe” rolling stop on a bicycle is faster than a “safe” rolling stop in a car. The cyclist’s view is not obstructed by the walls and roof of a car, and further, cyclists can view cross-traffic without pushing their vehicle several feet into an intersection. Because people commonly assume that typical driver behavior is safe and correct, these faster rolling stops are described as reckless.

As it turns out, the opposite is true. Rolling stops on bicycles are legal in some jurisdictions, most notably the state of Idaho, with the caveat that the usual right-of-way rules must be obeyed. Where legalized, crashes have not increased.

As Americans drive less and bicycle more, we have an opportunity to redesign our roads for people instead of cars, thereby improving safety for all.   Continuing to squeeze the round peg of bicycling into the square hole of our traffic network is not the answer. Assaulting cyclists is absolutely not the answer. Let us instead keep calm and, if needed, report lawbreaking to the police.

The writer is a member of  the Alexandria Bicycle and  Pedestrian Advisory Committee.