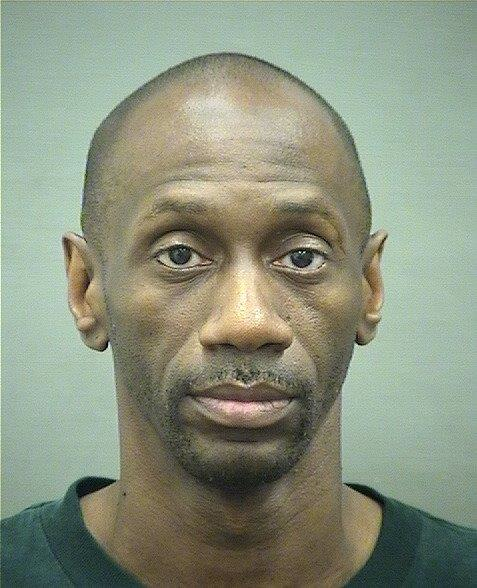 Craig Patterson, a native Alexandrian and veteran law enforcement officer, retreated to the home of his ex-wife, Najah Patterson, shortly after his deadly May 22 confrontation with Dawkins on the 100 block of Lynhaven Drive.

“He had tears streaming down his face,” she testified before the Alexandria Circuit Court.

Najah Patterson said that she had never seen her 44-year-old ex-husband so upset, even at his father’s funeral. In her vivid account of the hours following Dawkins’ death, she said Craig Patterson was distraught and cried hysterically in the arms of their pastor.

Craig Patterson’s defense attorneys used Najah Patterson’s testimony in their attempt to paint the deputy as an upstanding man who poses no threat to the community if released on bond.

Joe King, one of the defense attorneys, asked Judge William Hamblen to set bail at $50,000, insisting that his client had stayed on the scene with Dawkins to call 911 and turned himself in to be arrested.

He questioned prosecutors’ accounts of the confrontation, which stated that the off-duty deputy retrieved a gun from his home after a heated exchange with Dawkins, returned and shot him. King argued that it was “just as probable, and I would suggest likely … that he had a sidearm with him at all times.”

King indicated that Craig Patterson might have shot Dawkins in the chest out of self-defense, noting that the victim had a knife with him. However, prosecutors said the knife carried by Dawkins was found folded and clipped inside his pocket.

Despite King’s arguments, Hamblen sided with prosecutors and ruled that Patterson would remain in jail without bond.

“What happened here approaches a deliberate, willful murder, followed by an attempt to manufacture a justification for it,” Commonwealth’s Attorney Randy Sengel said.

More than a dozen of Craig Patterson’s colleagues from Arlington County attended the hearing, joining many of his relatives and friends, including his minister. Craig Patterson Jr., the deputy’s 19-year-old son, watched his father rock back and forth solemnly throughout the hearing.

The defendant’s two attorneys questioned Craig Patterson’s ex-wife, who said that she and her husband were “really good friends” with the accused murderer.

“He is one of the best fathers that I know,” Najah Patterson said. “He is an excellent role model to all of the children.”

Najah Patterson said the deputy, who frequently stayed in her Fredericksburg home while visiting their three teenaged children, acted as a father figure to her other three children, to whom he was known as “Dad Craig.”

Sitting just a few rows from Craig Patterson’s supporters, Dawkins’ family and friends remained somber and silent for the duration of the hearing.

King depicted Craig Patterson, a T.C. Williams grad, as an accomplished law enforcement officer with strong ties to Alexandria who had been recognized 28 times for his work in the sheriff’s office and served as a deacon at his church.

“The defendant, with his background in law enforcement, certainly knew that the most appropriate way to handle this matter was to call local police and have them investigate,” Sengel said. “If Patterson’s course of conduct was driven by anger over a confrontation on the sidewalk, what are we to expect might be the result next time he is confronted?”

Craig Patterson returns to court next month for a preliminary hearing.