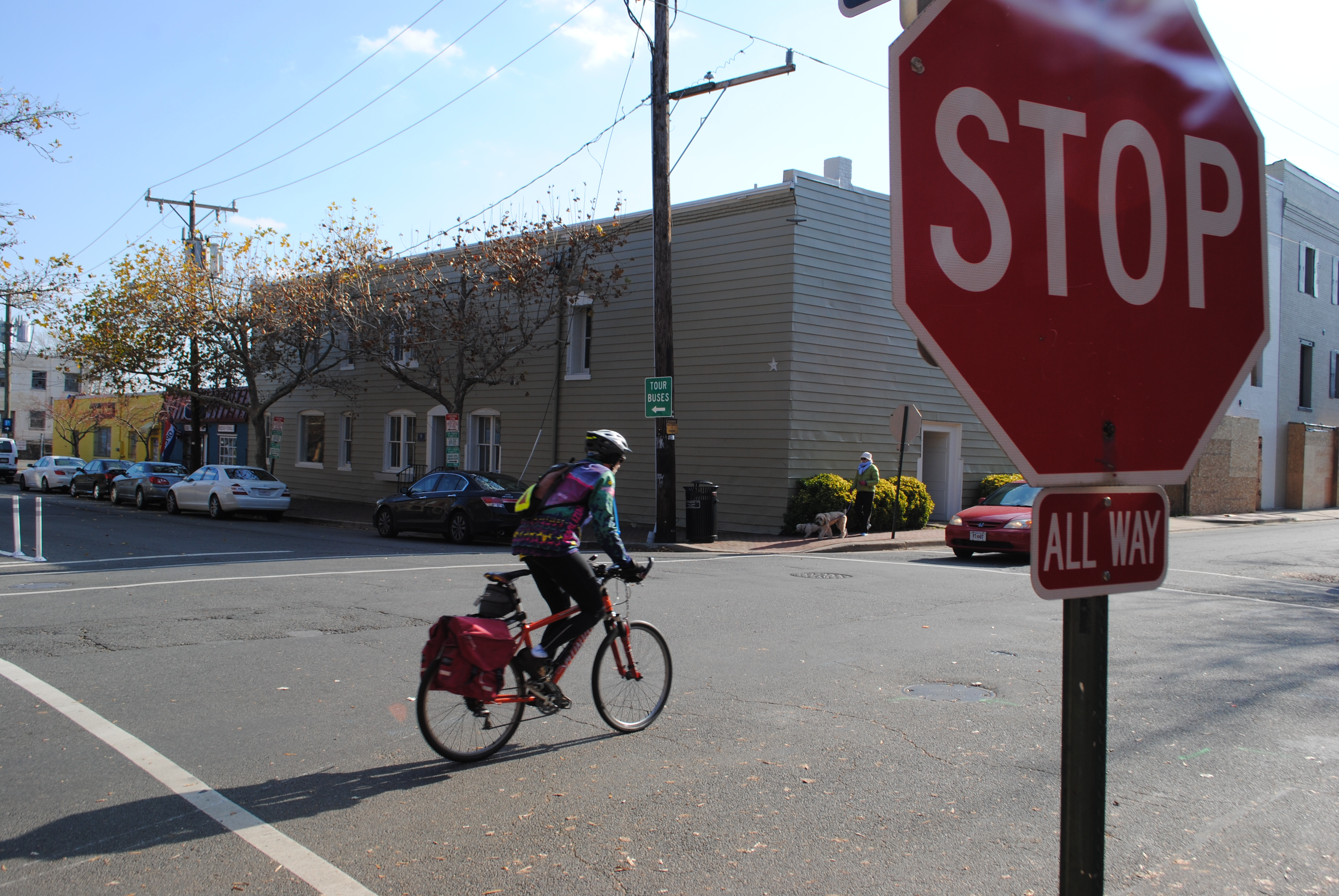 Officials and advocates believe heightened tension over cyclists on city streets and sidewalks stems from the sport’s rise in popularity as well as a lack of transportation infrastructure.

City staff didn’t expect much pushback from a recently approved update of the decades-old bicycle ordinance. As such, officials were surprised by a lengthy debate on allowing cyclists to ride on the sidewalk in parts of Alexandria.

“What shouldn’t be controversial has yet somehow become controversial,” lamented Mayor Bill Euille on June 25, when city council approved a slew of changes to the 1960s-era bicycle ordinance.

Police spokesman Lt. Mark Bergin said that despite the heated debate surrounding the ordinance and bicycles over the past several months, the department hasn’t seen an increase in complaints about cyclists.

“We’re not yet too involved in any controversy or scattered opinions,” Bergin said. “There are a lot of strong opinions, and one thing we’ll have to do is see whether [the ordinance update] solves or creates problems.”

Jonathan Krall, secretary of the Alexandria Bicycling and Pedestrian Advisory Committee and a transit columnist for the Times, said resistance to cycling is confined to a vocal minority. But the friction is natural, according to Krall, given the sudden uptick in the transportation method over the past several years.

“The shift away from cars and toward transit is a real social change, and one of the most obvious signs you see of that is all these people on bicycles,” he said. “Some people who hang onto their cars are frustrated by that.”

Dino Drudi, a city resident and well-known critic of the bike ordinance update and scofflaw cyclists, said that on many streets, combining auto and bike traffic is impractical. Instead of implementing bike lanes on major roads, he believes the city should reserve certain low-traffic streets for cyclists and drivers who need to park on those roadways.

“You could take out all the stop signs on that street except for at the intersections with King and Duke [streets], and we’re going to say, ‘Nobody can drive their car unless you have business on that street or live on that street,’ so there will be no through traffic for cars,” Drudi said. “I think ‘sharrows’ are a dumb idea. It’s already stupid to put dump trucks and compact cars side-by-side, and if you put bikes into that mix, it gets [even more dangerous].”

Krall believes tensions will eventually subside as drivers and cyclists become more accustomed to sharing the road with each other. Activists rates will decrease as well, he said.

“What we see is that in places where cycling increases a great deal, the crash rate goes down,” Krall said. “When people are willing to work with each other, they will do everything to avoid conflict.

“When alone, a cyclist may jump the light — whether it’s legal or not — to do what they feel is safe. When there are bunches of people [on bikes], you can’t have everyone doing their own rules, so they’ll behave better or more consistently.”

Drudi disagrees, pointing to group rides such as Critical Mass, which he described as being quite obnoxious at times.

“I don’t think that’s going to happen,” Drudi said. “I think that’s Pollyannaish, flat out, to expect that to happen in your lifetime, because every fool still wants their automobile.”

City Councilor Paul Smedberg believes that infrastructure restraints in parts of the city — particularly Old Town, where many roads are too narrow for bike lanes — partially fuel the controversy. The key to diffusing the debate comes with educating cyclists, motorists and pedestrians.

“The types of things other, more metropolitan areas are doing that people would like to see here, the infrastructure restraints don’t make that possible,” Smedberg said. “We just have to do everything we can moving forward to educate folks to stop at stop signs and follow the rules of the road despite the fact that they’re on a bike.”

As for bicycle infrastructure upgrades in the near future, the city will install a combination of bike lanes, shared lanes and other cycle facilities on several streets this month — including Janney’s Lane, North Pitt Street, Quantrell Street and West Braddock Road, according to Local Motion, the city’s hub for transit-related questions and information.