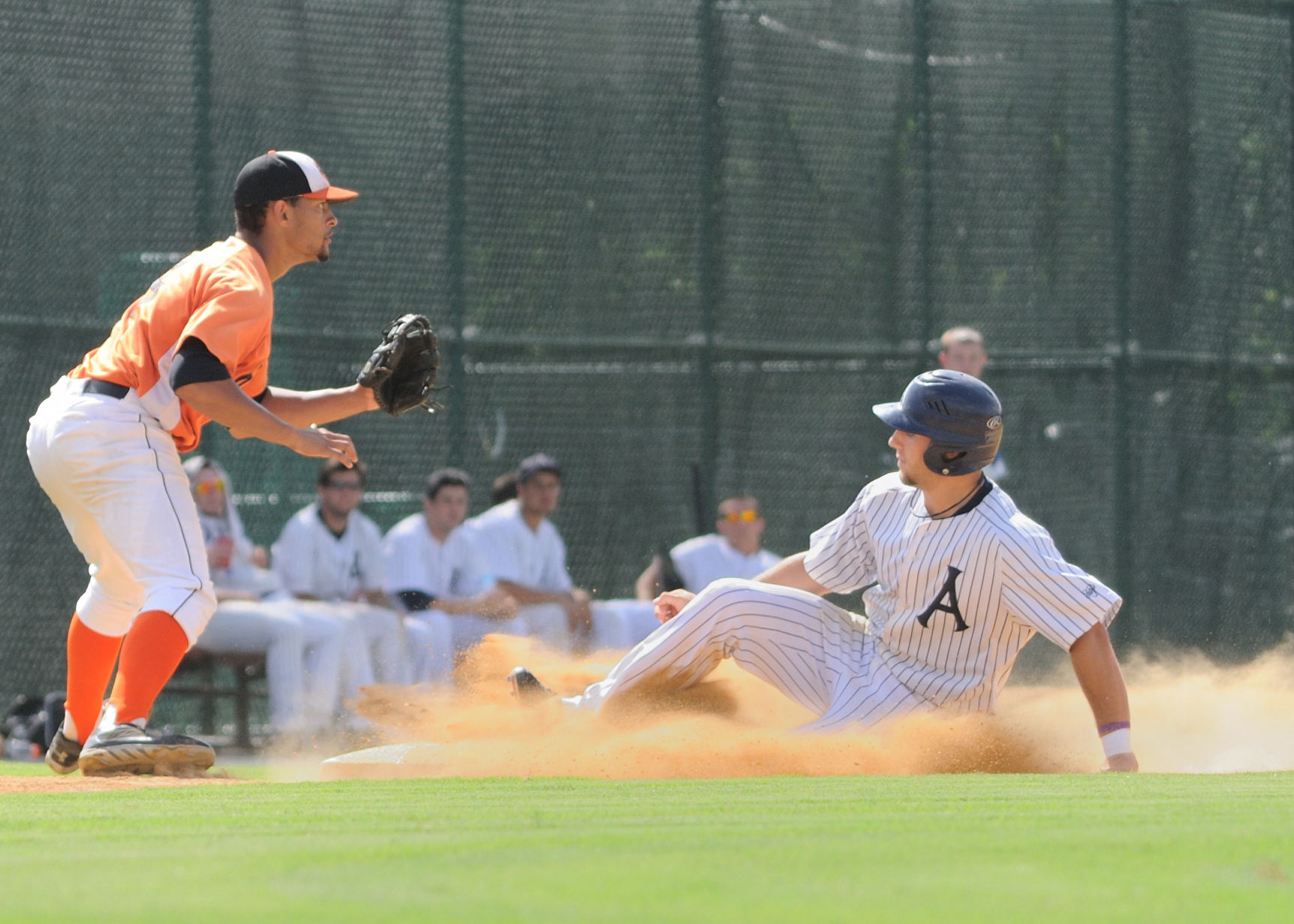 Three weeks ago, right-hander Brian O’Neill lasted just three innings for the Alexandria Aces, giving up two runs in his third loss in as many games.

Replaced early against the Baltimore Redbirds, O’Neill walked off the mound with an earned run average of more than 6.00, as the Aces struggled to play .500 baseball amid high expectations after last season’s first playoff appearance.

But O’Neill’s season has turned around. In his subsequent two starts, spanning more than 13 innings, he hasn’t allowed a run. O’Neill pitched a two-hit shutout in the second half of a home doubleheader against the Youse’s Orioles on Sunday, keeping two of the league’s best batters hitless.

The outing cut his ERA in half to a little more than 3.00. More importantly, O’Neill’s resurgence helped lift the team to a franchise-record sixth straight win and sole possession of second place in the 12-team Cal Ripken collegiate league.

The Washington and Jefferson University senior also earned league pitcher of the week honors for July 1 to 7, walking only three batters in both starts. By comparison, O’Neill gave up 13 walks during his first three starts of the season.

“I started out kind of slow and wasn’t feeling good early this season,” O’Neill said after Sunday’s game. “But I’m getting in a better groove now.”

The pitcher credited first-year head coach David DeSilva for sticking with him through some rough outings. And he gave props to catcher Nick Collins, “because we’re on the same page.”

“It’s just been a real emphasis on fastballs for strikes and not walking anybody,” said O’Neill.

While the Aces winning streak ended Monday night in a 5-4 road loss to the D.C. Grays, the team rebounded in a 10-0 route Tuesday over the Southern Maryland Nationals. Blake Ream pitched six scoreless innings for the win.

O’Neill’s outing Sunday also might’ve been unexpected because the Orioles rank among the league’s best hitting teams. His counterpart as the league’s hitter of the week is Orioles first baseman Ryan Ripken. He batted safely in seven of eight games last week while hitting .429. But he went 0 for 3 against O’Neill.

Ryan Ripken’s father, Hall of Famer Cal Ripken Jr., took in the doubleheader and — while seeing his son’s team drop both games, 5-3 and 1-0 — signed autographs for young Aces fans. He witnessed the continuing turnaround of not just O’Neill, but also the Aces.

Through Tuesday, the Aces have a 14-8 record. Just a few weeks ago, the team was 5-6 and struggling to get on a roll.

“It’s all started on the mound,” DeSilva said when asked about the team’s record win streak. “We’ve been getting quality starts, and that’s helped out our bullpen.”

Meanwhile, the team’s offensive philosophy can be summed up best by just how dirty most of their uniforms are after games. It’s the type of team where players almost never trot across home plate after hitting one out the park.

Instead, they take to the ground, manufacturing runs a single, slide, steal and sacrifice at a time.

Only once in 699 at-bats this season has an Aces player hit a home run. They are tied for last in the league on that statistic, and yet the team ranks near the top in two more important, if less glamorous, offensive categories: batting average and on-base percentage. Six players are hitting above .300 and two others over .290.

The lone run for the Aces in Sunday’s second game against the Orioles typified how the team, as O’Neill later put it, “scrapes out runs.”

In the bottom of the third, Dylan Swetman started out the inning with a walk. Blaine Bower and Dylan Riner laid down bunt singles to load the bases for Dave Schanz, who hit a sacrifice fly to drive in the run.

Two innings later, the Orioles threatened the Aces’ lead. They had runners on first and second and just one out. O’Neill got James Bunn to pop out but then faced Sergio Leon, the Orioles shortstop who’s second in the league in batting average, hitting .359.

Leon swung and missed on the first pitch. On the second, the dangerous hitter lofted a routine fly ball to center field to end the inning. The Orioles never came any closer.