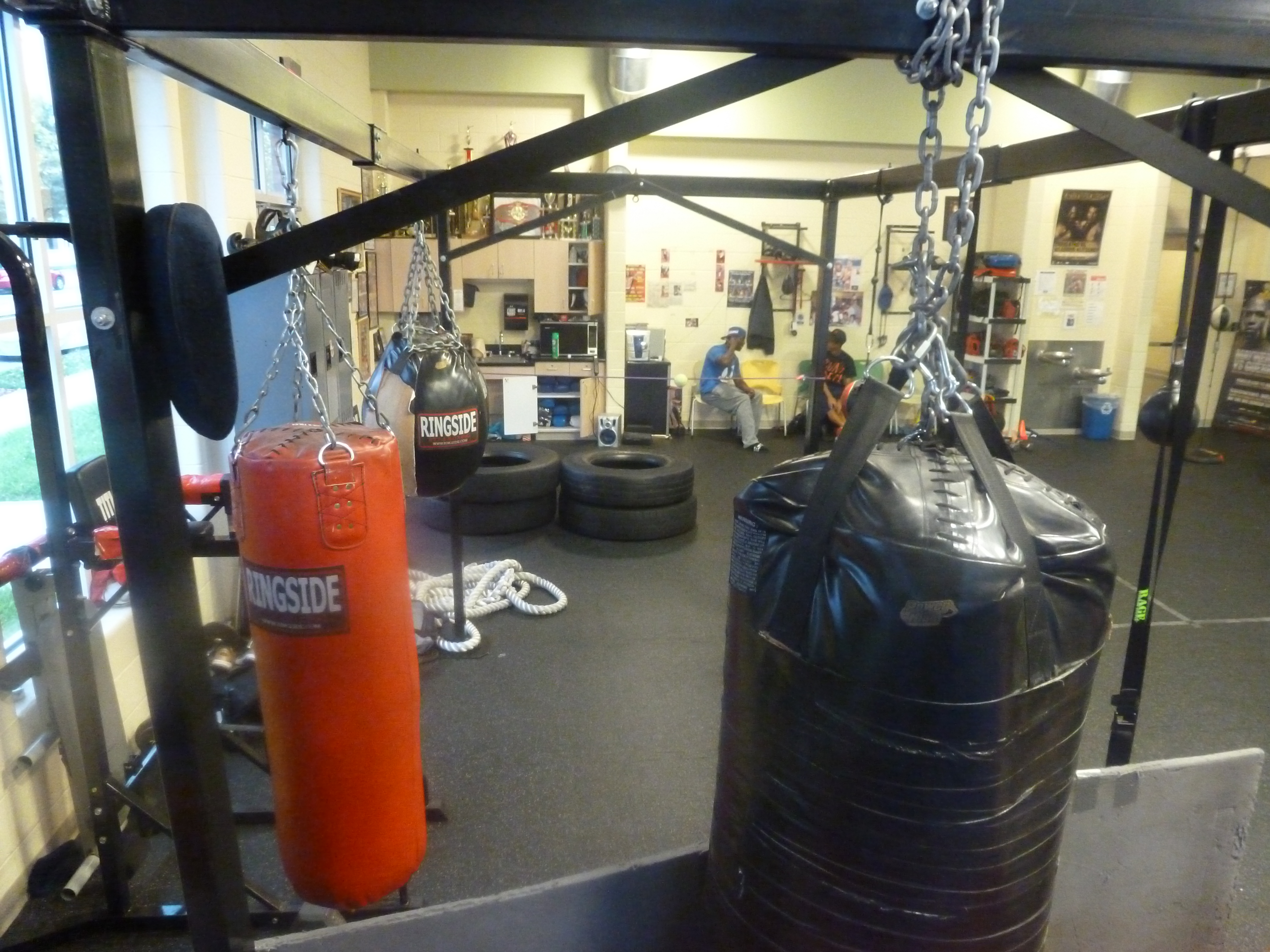 Dennis Porter and Kay Koroma work together during the day as plumbers but meet again each evening at the Alexandria Boxing Club inside the Charles Houston Recreation Center.

And as coaches, they’ve launched the careers of several nationally known boxers.

Antoine Douglas, 20, won on ESPN’s “Friday Night Fights” in June. Undefeated at 8-0, he is slated to fight again later this month in New York. And Dara Shen, who also trains at the club, is one of the top women amateur boxers in the country.

The club has won 15 team championships over the years under Porter, who has been head coach since 1991. He’s spent most of his life in and around the ring.

Porter grew up in the River Terrace section of southeast Washington. And the head coach took up the sport at age 12 for a pretty practical reason: He kept getting beat up.

“Then I learned to use my hands,” said Porter. “I was never a bully, though. Always the savior.”

Forty years later, the 52-year old still is a kind of a savior in the city’s Parker Gray neighborhood.

“We take kids off the street,” said Porter, who’s quick to tell anyone how the sport saved him from the pitfalls of life in a part of D.C. where “you’re going to come out a little rough or you’re not coming out.”

Porter spends more time in the gym training boxers than he does in his home. He said he even lost a marriage because of all the time he spent inside the recreation center.

“I found out, though, I was OK with that,” he said. “It’s something I’ve been doing since I was 12, and I love the sport. You never stop learning. You’re learning something about boxing everyday.”

Since becoming head coach, Porter said he’s had six assistants, but Koroma is the best. Koroma not only knows the sport as a boxer, but he can teach it, too.

Much of what they teach, though, has nothing to do with winning a fight.

The coaches welcome people into the gym who need a place to go, even if they have no intention of ever stepping foot into a ring. Occasionally, people stop in from the nearby homeless shelter.

“They’ve got stress,” Porter said. “They’ve got nowhere to go. They don’t have a home. So I let them come in, and I say, ‘Here, hit the bags. Just hit the bags.’ They take the stress out on those bags, and that takes stress off of everybody else. They see somebody out on the street, and maybe they don’t want to start trouble.”

Koroma said young boxers must show coaches their report cards and test scores before training at the gym. He added that they’re unable to participate if they don’t have their homework finished first.

And some kids just want to sit and watch, which is fine too, according to Koroma.

“We’ve always been here,” Koroma said. “The community doesn’t really know what’s going on here. We’ve got kids who are world champions right in their backyards. But it doesn’t matter if they come in and box or not. They can come and just hang out. But we push school. We want them to have something else.”

But as the gym sees more successes, Douglas said more boxers are showing up.

“They’re coming in and trying to replicate the kind of success they’re seeing,” Douglas said. “We’re like a family. It’s a place where you can easily come and find a home.”