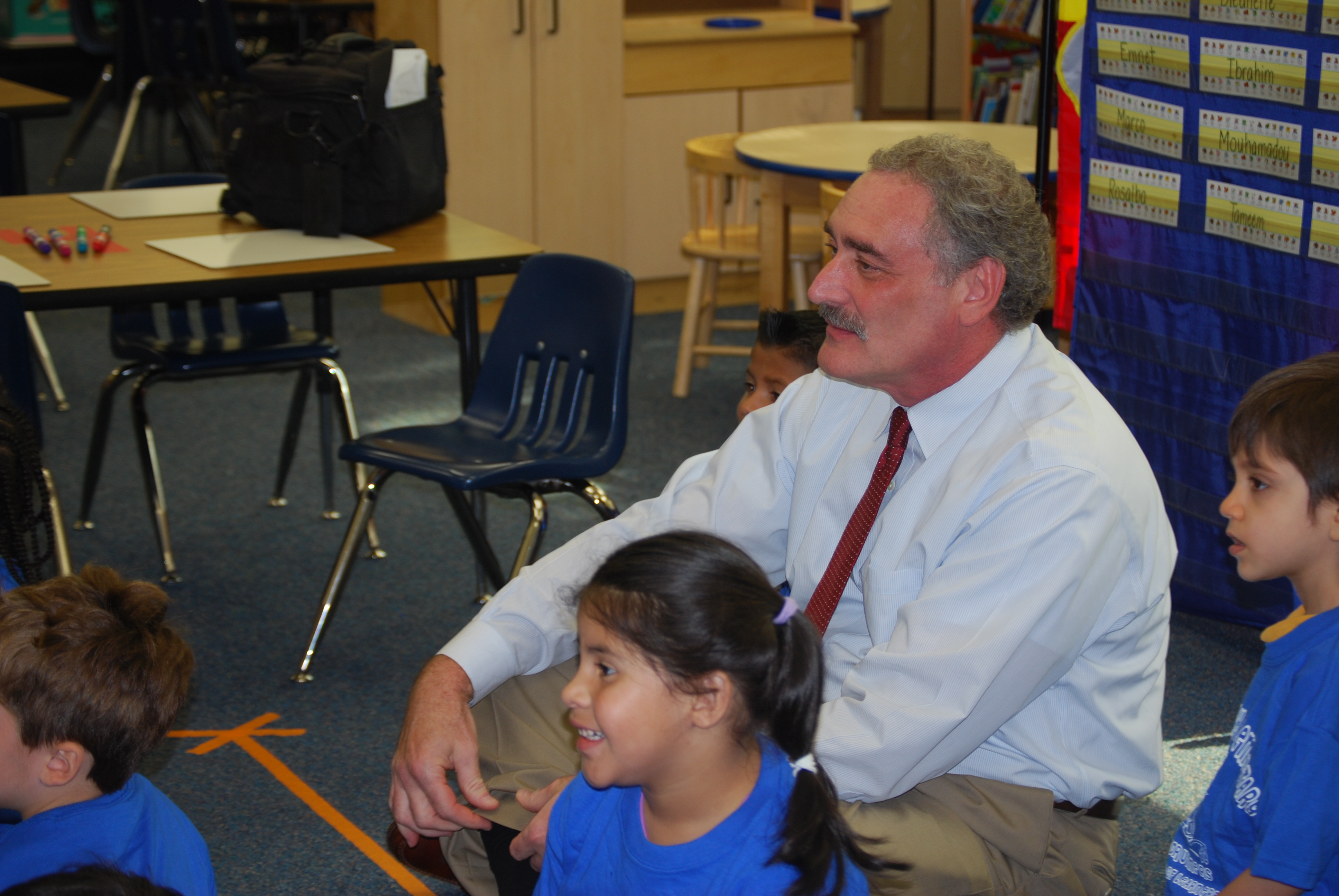 When I was chairperson of the school board, former Superintendent Morton Sherman and I would join Tenants and Workers United each spring to walk through Arlandria and visit families in their homes.

The mothers and fathers who invited us into their living rooms were gracious hosts, serving us cold soft drinks or tea and cookies. And the translators for our conversations were their children — students of Alexandria City Public Schools.
We were told stories of frustrating encounters with the school system, watching peers enroll in higher-level classes and wishing more officials understood their cultures and personal stories.

When Sherman came to ACPS in 2008, minority students were not achieving at nearly the same levels as white students. For example, the unadjusted state Standards of Learning pass rate for math scores was 68 percent for English language learner students and 66 percent for black students. Meanwhile, 91 percent of white students passed the test. Scores in other subjects had similar ratios.

Jon Liss helped organize these neighborhood visits. He said, “I wanted the superintendent and the school board chair to hear firsthand the stories I heard day in and day out as executive director of Tenants and Workers [United].”

In fact, Liss pushed for these conversations because he had already met Sherman during the former superintendent’s first month on the job. Liss recalls, “[Tenants and Workers United] had produced a report that showed a three (or more) track system in ACPS — a white track, a black track and an English language learner, or immigrant, track. The previous school administration had denied the accuracy of the report and, in fact, taken the extreme step of leafleting events that we had organized.

“At our first meeting, Mort said that he had read our report and was making sure his entire senior team read it. This anecdote highlights the sea change that he brought to Alexandria five years ago. … No longer would ACPS be a school system in which only white students were expected to succeed.”

To say the achievement gap was troubling to Sherman was an understatement. I watched him in these living rooms, shaking his head and listening to these students and their families. When we left a home to go on to the next, he always said, “No more; not on my watch.”

In 2009, Jon and ACPS signed a memorandum of understanding to improve academic achievement for all students within the district.

“To know that other students are going to have a better chance at achieving their dreams because of something you’ve worked so hard on feels amazing,” said Jennifer Granado, a T.C. Williams junior and Tenants and Workers United youth leader at the time.

The agreement called for improved cultural competency, development of individual achievement plans — which were roadmaps to success for all students — and fostering a culture of parent and youth involvement.

Later in 2009, Sherman presented his administration’s goals to the school board. The board approved a wide variety of his proposals, which remain in effect today. They included identifying students with specific needs and strengths as “at promise,” establishing the individual plans for each student — kindergarten through 10th grade — and giving more students support to enroll in algebra in the eighth grade.

Thanks to the dedication of administrators, the leadership of our principals and the talent of our teachers, the picture changed.

Another sign that changes were working was that 80 percent of English language learners graduated on time in 2011-12 compared to 72 percent the year prior. Clearly, improvements were taking hold.

More recently, Jon said, “[Tenants and Workers United] had been advocating for restorative justice as an approach to dispute resolution to keep students in school. After a Washington Post article cited the success of [restorative justice], we received a call from Sherman where he said, ‘We need to do this here, too.’ Six months later, we are working with ACPS to implement [restorative justice] as a pilot program in the international learning academy at T.C.

“This commitment to fairness and innovation has been a hallmark of our five years working with Mort Sherman and ACPS.”
The school district still has a long way to go to serve all our students. But we are most definitely on a path of continual improvement. And perhaps even more importantly, instilled across the system is a cultural shift to believe that, indeed, each and every student can learn and succeed.

Sherman was an individual with a vision for the district. With partners like the school board and Tenants and Workers United, he built a strong foundation for all our students to achieve at their highest levels.

Of course, Sherman wasn’t perfect — none of us are — but his driving vision was that each and every student could succeed. Let’s hope his departure from ACPS represents a change in personnel but not in vision. We are beginning to see the results of five years of work; now is not the time to take a step back.