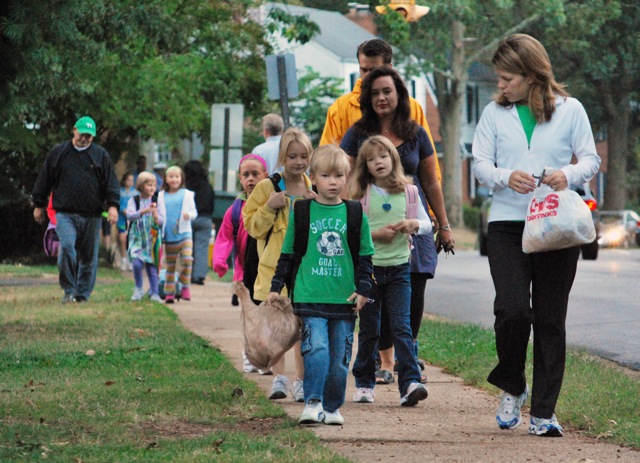 Applying for private schools can seem daunting, and many parents don’t even know where to begin.
Ann Dolin — a consultant, author, public speaker, and CEO and founder of Educational Connections, an in-home tutoring group in Northern Virginia — has a few tips for families getting ready to go through the application process. She spoke with the Alexandria Times about what she’s learned during her career.

Alexandria Times: What entrance requirements can parents expect when looking into private schools? What should they expect in the application process?

Ann Dolin: It depends on the age of the student. Younger children are going to be asked to take an IQ test. Older students take an achievement test, generally the [Secondary School Admission Test]. This is an assessment that measures the student’s ability in reading, writing and math.

Every school is a little bit different, but in general, schools will want standardized testing in order to determine a child’s academic capabilities.

Schools are going to ask for a number of things. … They also want to see a student’s transcript. It has their final marks in the school they attended before.

… They also want to look at teacher recommendations. The teachers fill those forms out and send them to the schools.

They’ll want to meet the child and the family, so the interview is really important too. And then sometimes, more for older students, they want student essays, usually about why they want to go to that particular school, and the parents might fill out a questionnaire.

Schools also want to know about a child’s extracurricular involvement. For example, if a child had a leadership role, such as a position in student government or if they’ve excelled on the soccer field, those are all special things that should be included in the application.

What can they expect from the interview?

It depends on the age of the child. With younger children there’s no formal interview, but it’s really more of a playdate. … The parent would drop the child off, and the school [staff] sees how the child assimilates into the program.

Older children will have a sit-down interview, and parents will as well. I’d say far and away, going through the applications, schools are going to focus first on grades and test scores.

Do you have any tips for the essay questions?

Students should be as specific as possible when answering essay questions. Sometimes students are vague in their answers, but I’ve found that using lots of examples and supporting details helps admission directors … better understand how the child can contribute to the school.

What do private schools look for in a potential candidate?

They’re also looking for kids that can contribute to their school. That might mean that maybe the child has something interesting about them, maybe they won a robotics contest and want to pursue that and contribute to the school in that way.

Perhaps the student has made a big difference in service-learning projects in the past. They’re not looking for run-of-the-mill students who just want to get home after the bell rings. They’re looking for students who want to get involved in their school. This is true for upper elementary school and definitely middle and high school.

What stands out in an applicant, especially when a few applicants all look pretty similar in their transcript and extracurriculars?

Sometimes kids will really project confidence and passion in their interview. They might be someone who can contribute in some way and … go in and have a fantastic interview. Or maybe their grades and test scores are average, but they’re phenomenal in other ways.

They also have something called shadow days, where the kid takes a day off from their regular school and they follow around a student at that prospective school. The schools take note of these shadow days and who goes to them.

So the things that can put a child above and beyond are: They have something to contribute, they’re passionate, they go to a shadow day and they have a solid interview.

What should parents be doing to help during the application process?

[I] really encourage parents to go and actually visit the schools. That’s really important. Sometimes parents don’t take that step initially. They just hear about the school and think, “That won’t be a good fit for my child.”

Before they dismiss a school, they should visit. I’d say do as many schools as you can, and then narrow your list.

What are some of the pitfalls that you would warn parents about?

I think that the biggest mistake parents make is they want to consider name-brand schools … those schools are the most widely known in the area, and sometimes parents gravitate to those schools only. They’ve heard the name, heard they’re good, and I think when you consider those schools only it discounts some really, really phenomenal choices [that] might actually be a better fit for your child.

Another mistake is that parents put all their hopes and dreams [into] one or two schools, and it’s really hard when you do that and your child gets denied. Then you’re really in a tough position.

It’s better to apply for a handful, maybe three or five. … A backup school should still be one you really, really love. It might just not have a brand name.

What encouragement would you give to families going through this process?

The whole application process can feel overwhelming at times, there’s no doubt about it. … I’d encourage you to think about it as an adventure.

… Instead of thinking, “I hope they like me,” try flipping it around and saying, “I hope I like this school.” I tell this to kids, too. The school wants to know you, but you want to know the school too, and you want to make sure you actually want the school. It’s good to ask questions.