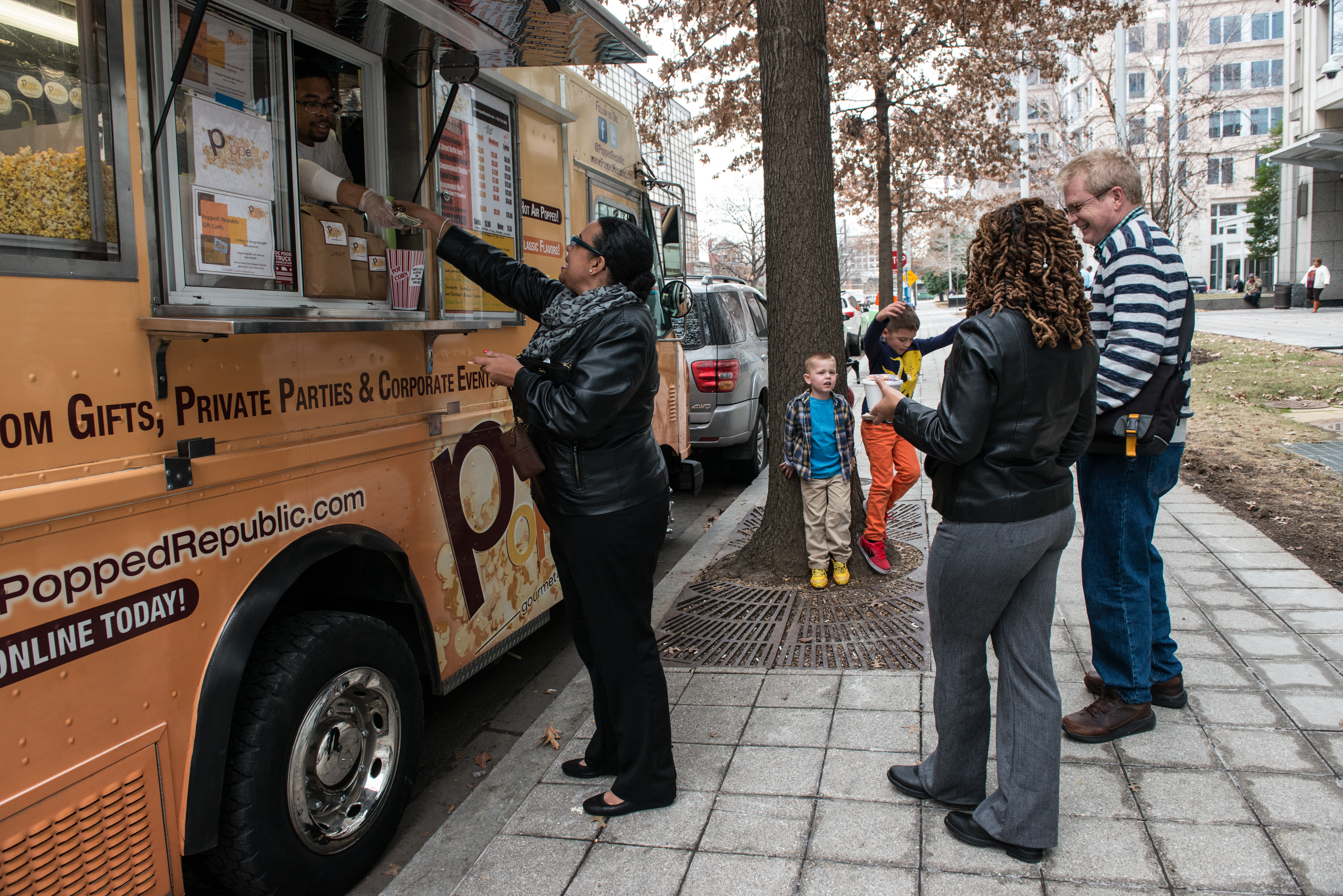 Fans of the nearly ubiquitous mobile eateries that have taken the region by storm in recent years can whet their appetites: Food trucks are poised to roll into the Port City.

Alexandria’s elected officials are expected to take up proposed regulations on the industry later this month. While food trucks are not banned outright in Alexandria, city code makes it all but impossible for them to do business in town.

It won’t be the first time food trucks have come close to gaining access to the Port City, but it may represent their best chance to get at Alexandria’s hungry masses.

“Generally, I didn’t hear any showstoppers,” said City Councilor Justin Wilson, who took a look at the proposed regulations with his colleagues at a work session late last month. “But that doesn’t necessarily mean something might not come up.”

The ball started rolling when a pair of food trucks made a clandestine incursion into the city in 2011. The bold move prompted officials to ponder easing restrictions on food trucks. It took two years, but city staff unveiled a framework for four-wheeled eateries last spring.

It was nearly immediately shelved.

Opponents, many brick-and-mortar restaurateurs among them, decried the proposal. Describing the potential regulations as too lax, they worried the framework gave food trucks an unfair advantage over established eateries.

Rather than forge ahead, officials formed a task force — composed of residents, restaurateurs and food truck operators — to study the issue. The group wrapped up deliberations last month, presenting city councilors with a rough list of recommendations.

Though critics — on and off the task force — have argued against opening the entire city to food trucks and pushed to establish restrictions that would keep mobile eateries away from brick-and-mortar restaurants, the law complicates the issue.

But in the three neighborhoods home to the fiercest opposition to food trucks — Carlyle, Del Ray and Old Town — lawyers have found a way to limit their presence. Arguing that existing vehicular congestion and foot traffic gives City Hall the right to more strictly regulate four-wheeled eateries, officials propose carving out select spots along the communities’ busiest corridors.

In the heart of Old Town, trucks would be limited to the 100 block of N. Royal St., the 1700 block of King St. and alongside the city courthouse. Officials have not yet determined where to allow trucks on Washington Street.

Along restaurant-lined Mount Vernon Avenue, trucks would be permitted outside the city’s department of community and human services building as well as in the Arlandria City and Four Mile Run Park parking lots. And in Carlyle, trucks could park on the north side of the 2300 block of Eisenhower Ave.

Mobile eateries also would be restricted from residential neighborhoods unless catering an event. They would need the owner’s permission to set up shop in private lots and driveways, like that of a church or business.

But before slinging out dishes to hungry Port City patrons, food truck owners would need to pony up. The proposed regulations call for an annual $100 application fee and $450 right-of-way fee on top of a $40 vending license, $50 health permit and $40 state fee. A semi-annual propane tank inspection would cost another $143.

Nothing, though, is set in stone. Wilson expects he and his colleagues on city council will struggle with a few of the same issues that kept the task force tied up, most notably the rules and restrictions on food trucks in Carlyle, Del Ray and Old Town.

“The task force wasn’t unanimous, but it sounds like the recommendations they did make seem pretty reasonable and most of the council seemed favorably inclined. We’ll have to work through it,” he said. “The good news is there were a lot of areas that were noncontroversial … like food trucks on private property, at farmers markets or food trucks in city parks and at events. A lot of those proposals were tied into this but had nothing to do with food trucks on the street, which is where all the controversy is.”