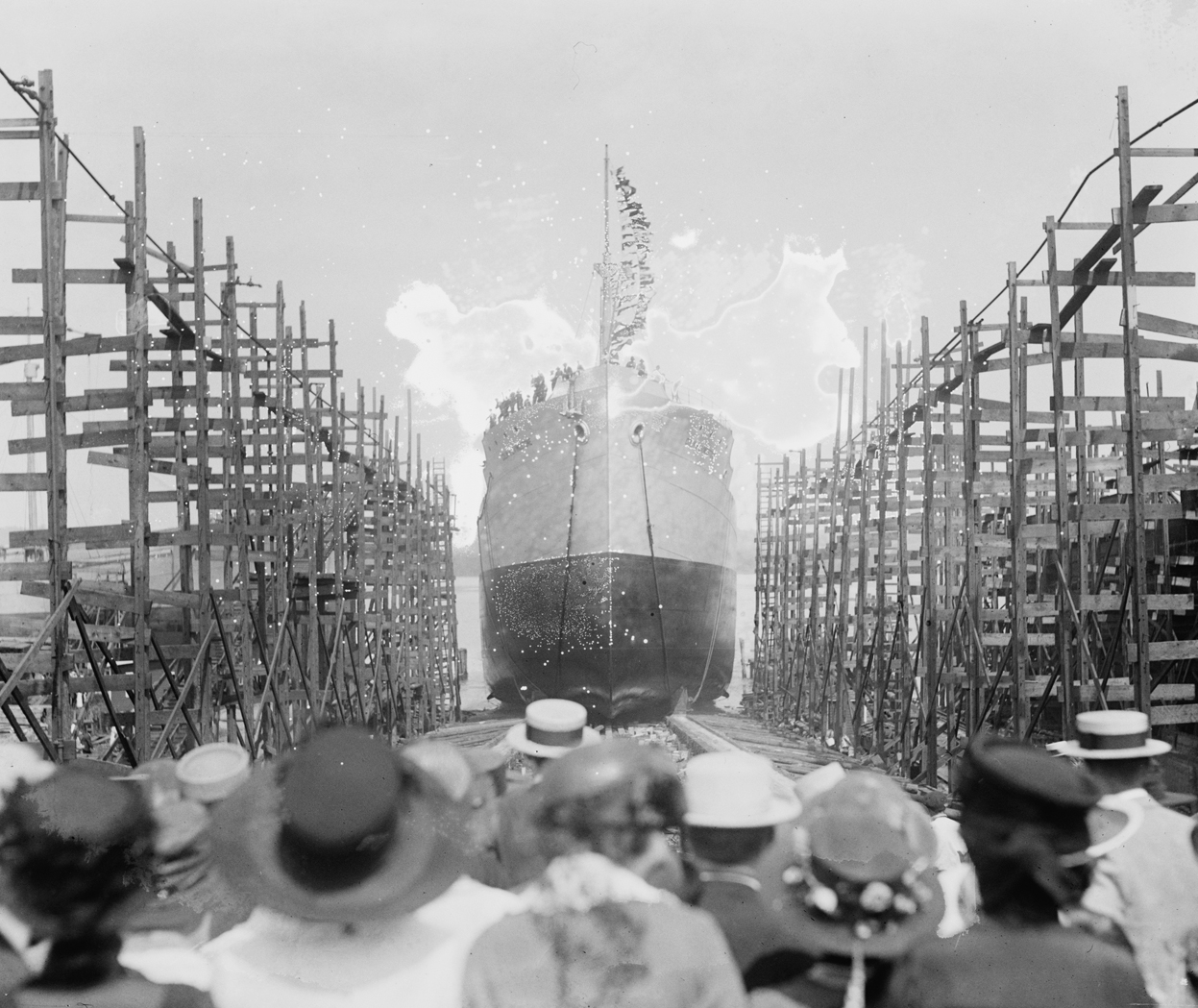 As captured in this photograph on June 26, 1920, the ninth ship built at the Virginia Shipbuilding Co. yard at Alexandria’s Jones Point was launched.

Christened the Colin H. Livingstone, the ship was constructed for the United States Shipping Board as a cargo vessel. With a gross weight of 6,400 tons, the large ship was typical of others built at the site just after World War I.

Livingstone’s partners in the business were Stephen Benton Elkins, a West Virginia senator that Livingstone worked for earlier as a personal secretary, and John Roll McLean, owner and publisher of The Washington Post. The community that grew up around the line’s entry point into Fairfax County was named in honor of McLean.

Livingstone also was a close friend of millionaire William D. Boyce, founder of the Boy Scouts of America. Legend has it that in 1909, an English youngster who was “just doing his duty” as a Boy Scout led Boyce out of a dense London fog.

Livingstone helped Boyce promote the concept of scouting across this country. In return, Boyce asked him to serve as the first president of the new organization. He accepted and held the job for 15 years.

Livingstone’s position at the Boy Scouts of America led to national prominence. Along with the ship, the Livingstone Heights community in Arlington was named for him. And what is now 24th Street in that county also was named in his honor for a while. Livingstone died in Fisherville, Va., in 1943, three years after the ship that bore his name was torpedoed.
Out of the Attic is provided by the  Office of Historic Alexandria.