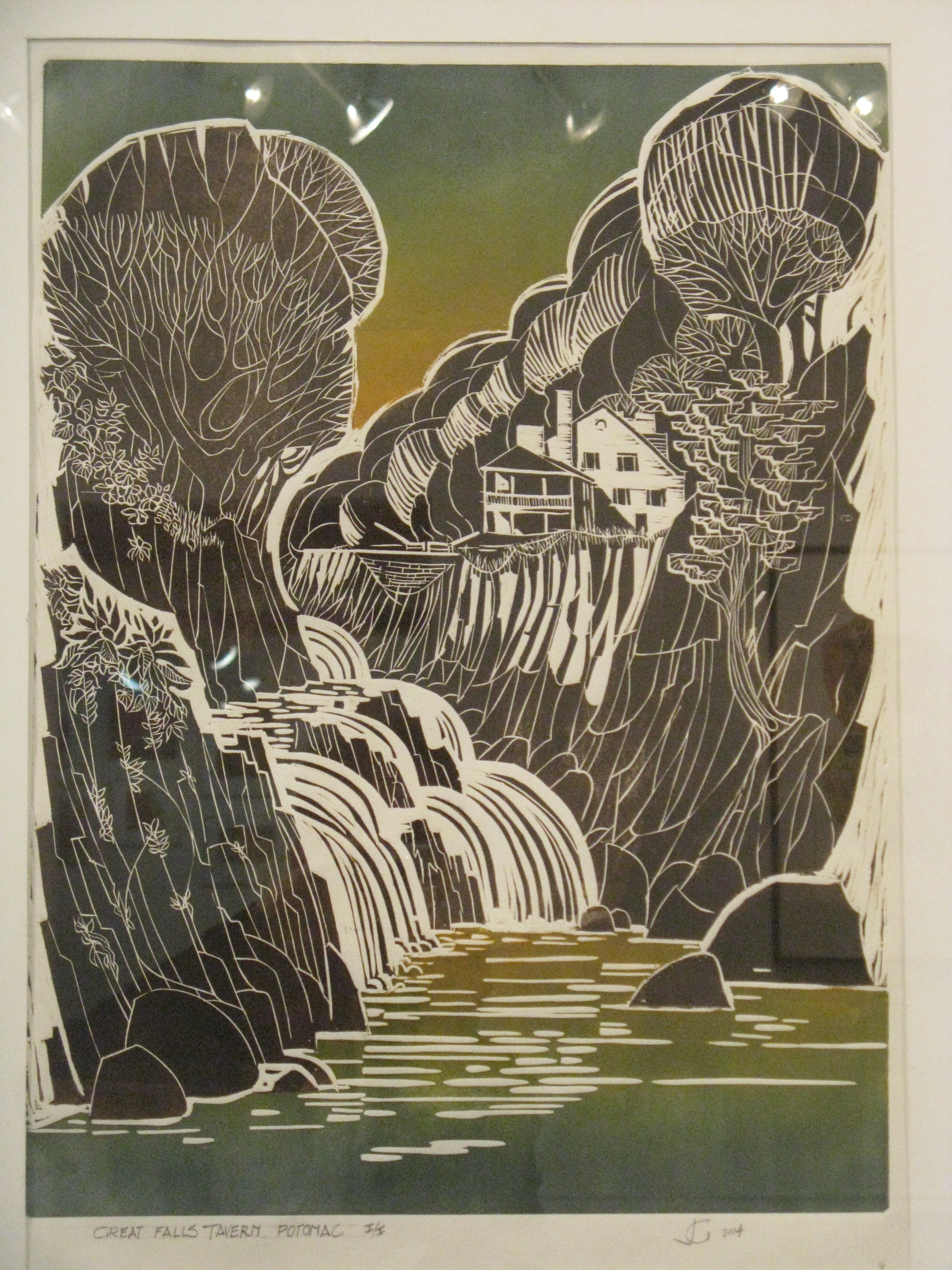 Inspiration comes in many forms, and for local artist John Gosling, the Potomac River and Old Town Alexandria serve as muses. Gosling is a member of local art workshop and gallery Printmakers Inc. and just four months away from presenting his work in a solo exhibition at the Art League’s studio in the Torpedo Factory Art Center.

Gosling came to Alexandria in 1996 after training as an architect and urban planner. He grew up just five miles from the River Thames, which flows through the heart of London and has been a key part of the United Kingdom’s growth. Through his work, Gosling has drawn a parallel to the importance of the Potomac River for the United States and its growth over the last few centuries.

Gosling’s background as an urban planner also gives him a strong appreciation of Old Town. Through his work for urban development firms HOK and RTKO, he has come to see Old Town as one of the best examples of a mixed-use community development in the entire country.

“What we were specializing in [in urban planning] was how to redevelop areas not using Euclidean zoning, which said you could not layer or mix,” Gosling said at the opening reception for the Art League’s 2015 solo exhibits. “We were proselytizing that maybe you could mix and it’s not the end of the world.

“The thing about Old Town is that’s what it is. It has mixed-use development, and no one really gets upset about it, that you can walk down streets and there are houses, then maybe a corner shop, or you may see a building that has housing above shops. For me, Old Town is the classic example of that as a distinct town. In most of North America, there are probably maybe a dozen places like Old Town that have survived and grown up like that in an unpretentious way where things have mixed. It’s what small-town America used to be like.”

The role of the Potomac in the development of the region is a crucial one in Gosling’s work, the common element that links all his pieces together thematically. It has played a key role in the history of the country, and through his work, Gosling looks to capture that importance.

“I’d been doing things along the Potomac without realising that was the thing that was drawing me,” he said. “I grew up in Ilford [in Essex], and Ilford was a weird sort of town, it was a dormitory suburb but also a working class suburb of London. Half the people I knew went to work on industries along the Thames, and the Thames was an important part of my life growing up, it’s where people went to work. I suddenly realised almost unconsciously, living here, the Potomac has a huge influence.

“It is the nation’s river, there’s a lot of history all the way from the Chesapeake Bay all the way up to the mining country of West Virginia. It’s not one of those dramatic rivers like the Mississippi or even the Connecticut or Hudson Rivers, but in its quiet way it is dramatic because there’s a lot of history. All the commercial history is lost in the political history — Washington as a political center dominated the history — but prior to that it had a very interesting history and I’m trying to capture that.”

In addition to examining the landscapes and cityscapes along the Potomac River, Gosling also captures the faces of the people who lived along its banks during various points in the country’s history. With characters such as the Scottish walker, field hand and night watchman amongst others, there are plenty of different individuals to showcase.

Now, with the chance to display his work in the Art League’s gallery in May as a solo exhibitor — the organization has solo exhibitors almost every month in Studio 21 of the Torpedo Factory — he can show his love of the region to a wider audience through linocut prints.

Gosling learned to use linocut prints with the Art League School, and says that the art form is in keeping with his previous career in architecture.

“I like the discipline, I like the simplicity of it, it’s almost like typeface, and it’s all about the form, the shape and less about color and shading — although color is important,” he said. “I like the fact that it tends to be monochromatic, or maybe two or three colors, and you can blend and make a fourth or fifth color by the way you overlap the color.

“It’s not like oil painting, which I’ve done before, where you can make all sorts of variations of tones and color. With print graphics, you have to commit to a color because it’s the way print is made, the way you ink the plate. The color variation comes through layering, overlapping or, in my case, I cut the plates out and have different colors on different pieces.”

With so much inspiration to take from the Potomac and Old Town, this trained architect has plenty to consider for his solo exhibit.

John Gosling’s solo exhibit “Printed Art: The Potomac” will be on show in May in The Art League’s gallery, Studio 21 at the Torpedo Factory Art Center. For more information on Gosling or any of the other solo exhibitors in 2015, visit www.theartleague.org.