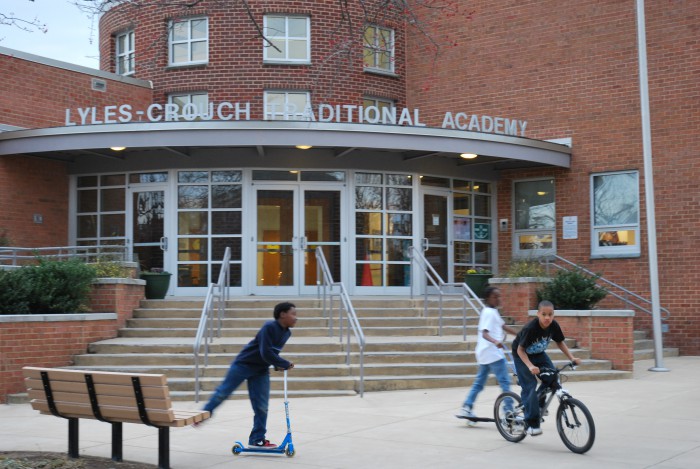 Crawley said ACPS will be asking the City of Alexandria for an extra $9.2 million — the city is facing its own $16 million budget deficit — over last year’s $191.8 million city contribution to help pay for teachers’ first pay raise in three years. The request is a 4.8 percent increase over last year’s funding request.

“I think I have a responsibility to ask for what the school division needs,” he said. “And certainly one of the major drivers in the $9.2 million, is the $4.6 million associated with compensation step increase, given our teachers have not had a step increase since 2012.”

City councilor Justin Wilson said it is unsurprising that ACPS are requesting the funds, but that the city still faces a number of difficult decisions about how to allocate its limited resources.

“We are expecting $4 to 5 million in new revenue for the whole city,” he said. “On top of [ACPS], Metro is asking for $5 million, the police are asking for something in the range of $2 million and there’s staffing Fire Station 210. There are myriad things. We made painful cuts last year, and I suppose we’ll have painful cuts this year. It’s going to be a tough situation, but we’re going to roll up our sleeves and get to work.”

According to the Washington Area Boards of Education, Alexandria’s average teacher salary is $73,612, ranking it behind Arlington County’s $76,892 average pay and Montgomery County, Md.’s $75,452.

Enrollment growth was another budget driver. ACPS officials project enrollment to reach 14,745 students in the 2015-2016 school year, a 3.7 percent increase in the student population. The number of students eligible for free and reduced lunches has also increased by 32 percent since 2012, a trend seen nationwide.

Data collected by the National Center for Education Statistics reinforces Crawley’s priorities. The group’s data show 2015 is the first time in 50 years that the majority of public school students in the U.S. are considered low-income.

To address this, Crawley intends to focus on academic progress, reducing the achievement gap and engaging families through programs like Family and Community Engagement, AVID and the Young Scholars program. These programs are designed to engage families who may be new to the area or speak a second language, to motivate students to pursue college and to strive to increase the representation of minority students in gifted and talented programs.

The superintendent said he would also look to expand summer school opportunities at the elementary and middle school levels to provide enrichment opportunities as well as intervention.

With growing enrollment and aging facilities, the budget proposal provides an additional $2 million for building maintenance and improvements.

The budget also included $7.5 million in savings and efficiencies, Crawley said. The school system changed one of their health care offerings to reduce employee health care premiums, and officials looked for other ways to reduce the district’s overhead.

“When we looked at participation rates and associated costs, we were able to reduce the costs and save money,” he said. “We made some reductions in our central office supports and staffing and some reductions at the school level [totaling $1.1 million in savings].”

Although some teachers would be cut on the elementary school level in fiscal 2016, Crawley stressed that the adjustments are strictly enrollment-based, and will not impact class sizes.

“We’re still working through those numbers in terms of the school level cuts,” Crawley said. “Keep in mind part of this was not to reduce — our first principle is to preserve the classroom — so we did not change our class size, and we did not reduce the number of classroom teachers, we made adjustments [based on enrollment figures].

“For example, when we looked at our enrollment we projected more kindergarten than we had enrolled, and so we’ve made some staffing adjustments within schools, but we’ve maintained class sizes. So, I don’t want you to think we’re reducing teachers. We’re making those adjustments.”

Acting City Manager Mark Jinks is slated to lay out his proposed city-wide budget, including the schools contribution, early next month.