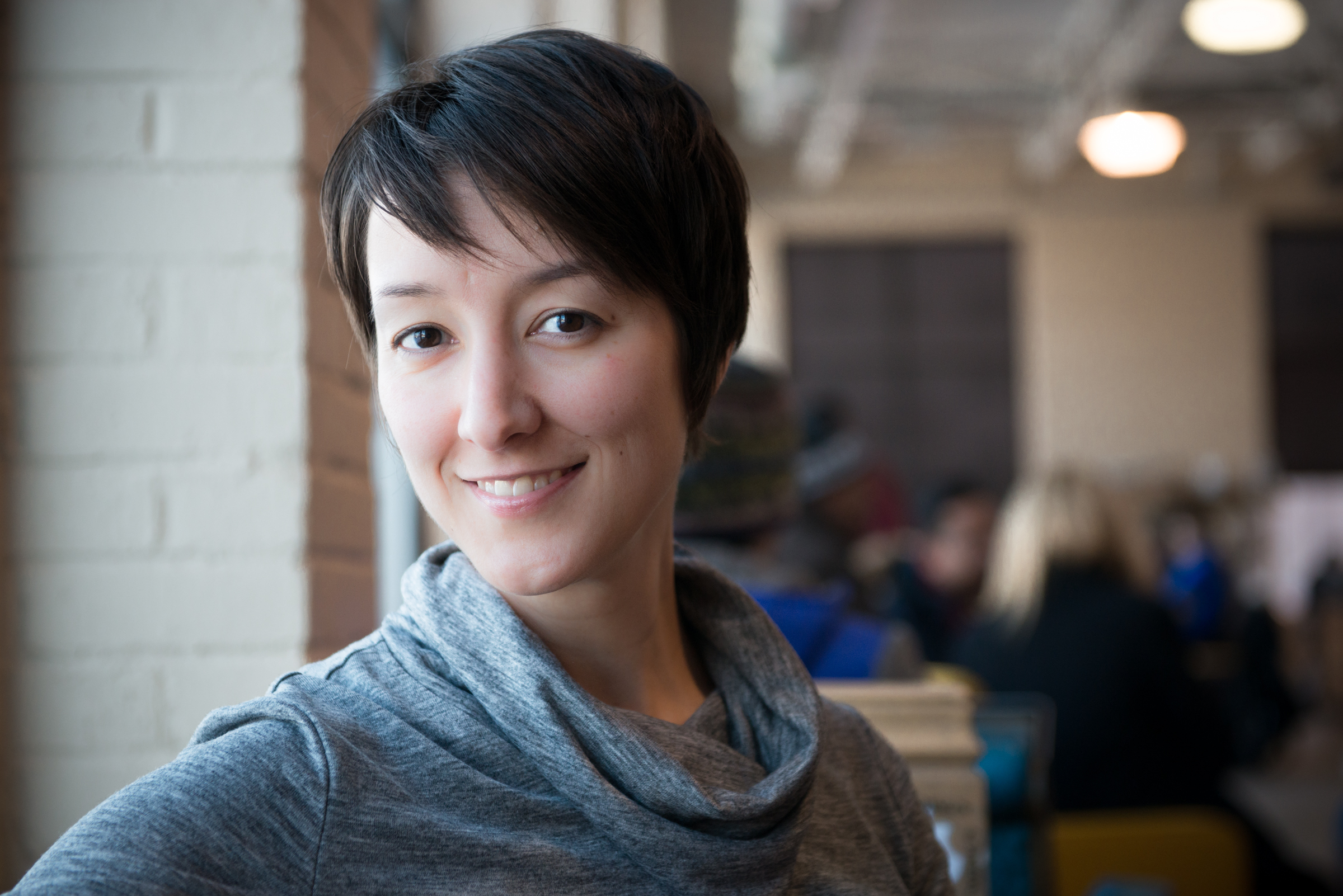 Being an Internet nerd sometimes can have its upsides. Sometimes you can win free stuff or trips. But it’s not a T-shirt or a trip to the Caribbean that Alexandrian Sonia Van Meter has won.

The 35-year-old political consultant, married with two stepsons, is one step closer to winning a one-way ticket to Mars. Last week, it was announced she was among 100 finalists to make the voyage almost a decade from now.

Van Meter recalled the casual conversation with her husband before she applied.

“Hey baby, you’re never going to believe what I saw online,” she said. “How would you feel if I applied for a one-way trip to Mars?”

Van Meter had stumbled upon Mars One’s website, a non-profit group from the Netherlands who have the goal of establishing the first human colony on Mars by 2024.

With 200,000 applicants, Van Meter, a self-proclaimed Star Trek junkie, thought the possibility of making the cut to be slim.

“[I thought], ‘It’s just a whim. It’s a fanciful notion from a daydreamer of space. No big deal,’” she said. “When I made the next cut, the 1,064, the conversation became a little less abstract, a little more focused.”

In the next seven years, Mars One plans to send several unmanned supply missions to the planet and will scout for an ideal settlement location to begin building living pods. The first four humans would set off for their new home in 2024 with subsequent crews of four departing every two years for the planet.

The drawback? There is no existing technology to bring them home, ever. It’s a one-way trip.

The cost to get the first group to Mars is estimated to be $6 billion. Mars One is using the Olympic Games as a business model and will seek partnerships, sponsorships, broadcasting rights, intellectual property rights and crowd funding to fund the mission.

Plans are underway to broadcast a reality television show that will follow the physical and technical training of the 100 candidates as they compete to be the final selectees.

“Now that I’m down to the 100, and the whole world is suddenly watching and asking difficult questions that demand very well considered answers, the conversations are getting a little more complicated,” she said. “[My] husband will always say — loud and proud — he will support me and he wants whatever I want. … The nanosecond he tells me he doesn’t want me to go, I’m out.”

Van Meter’s stepsons think the idea of their stepmom going to space is cool.

What motivated over 200,000 people to apply for a one-way ticket on an eight-month space flight to an arid, rocky, planet between 35 million and 249 million miles away — the distance depends on Earth and Mars’ elliptical orbits — where the average temperature is 81 degrees below zero Fahrenheit, the air is 96 percent carbon dioxide and not breathable, and atmospheric pressure would result in their organs rupturing if they took off their space suits?

“I believe very earnestly that space exploration and colonization is immeasurably beneficial to the human race,” Van Meter said. “There’s limitless potential. … Building from the ground up, it’s like rebooting humanity. And I look forward to doing my very best to impart the best of humanity and encouraging us to be the best versions of ourselves while we’re up there.”

The Mars One mission will focus on scientific exploration, sustainability and reusability. Materials will need to be resilient and deter radiation and massive sand storms.

But maybe there might be a little fun in store for the Mars-tronauts.

“The gravity on Mars is only one-third of the gravity we have here on Earth, so when we’re outside in our space suits, walking and running is not going to be the most usefully mode of transportation,” Van Meter said. “Bouncing will be; Kind of a bouncing skip. I’m kind of looking forward to that.”

Mars One isn’t just looking for the four best candidates, the group has to mesh well and function as a unit.

“There’s not going to be a ton of privacy and we’re going to have known each other extremely well,” Van Meter said. “You can’t put four strangers on a ship to Mars.”

Van Meter is keeping everything in perspective for now. She is both nervous and interested in hearing how the scientific community will react to Mars One.

“I feel a little peculiar about this because Mars One just exploded in the news,” she said. “[I’m] getting calls from CNN, MSNBC, Al Jazeera, the BBC. … Few people heard about Mars One beforehand. Inevitably there’s going to be some pushback from anyone who works for NASA, [the European Space Agency], anyone in aerospace engineering, psychology and psychiatry on the long-term effects of isolation on humans, confinement for humans.

“Eight months in space. Is that something we can really stand if we know that we’re never going to be able to go back? … There’s a rather large, rather key component of Mars One that can’t be tested and can’t be replicated because we’ve never done it before. We’ve never sent people off and told them, ‘No, you can’t come back.’”

The 100 candidates come from a variety of backgrounds and Van Meter said they’re getting to know one another through the Internet for now.

“One of my favorites is a guy in Boston, Chris Patil,” she said. “He’s a biologist. He wants to answer the question of life on Mars. Is it possible Earth life originated on Mars? Was Mars once a warm wet planet? What happened?”

Van Meter said she has no earthly limits.

“For me, it’s all about letting the next generation know that there is no limit to what we can do,” she said. “It’s just a question of doing the work and making it happen and thinking outside the box.”

If you prefer to explore space with two feet planted on terra firma, try looking up in the southwestern sky this week to see Mars. The red planet will be nestled closely together with Venus and the crescent moon.