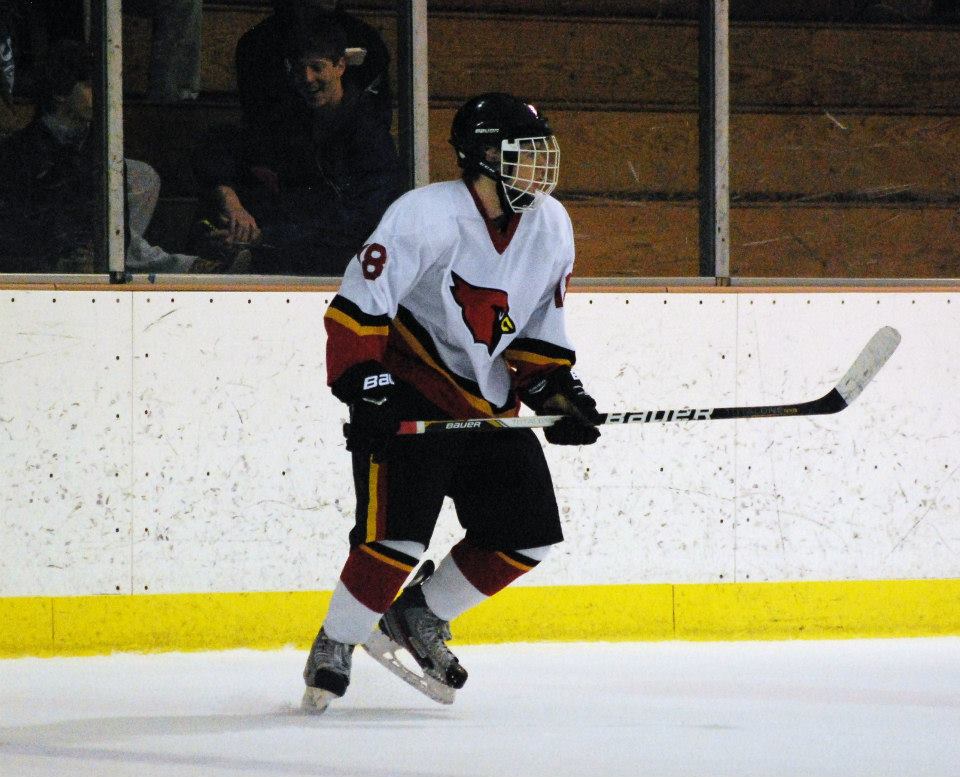 Generally, high school sports teams are coached by teachers at the school. Not so for the Bishop Ireton ice hockey team.

Instead, their head coach is a tax lawyer, a Smithsonian employee and teacher Anthony DiCarlo, who works in the private sector.

It is a labor of love for DiCarlo and three other volunteer coaches, who have kept the Cardinals on the ice and seen their star rise each year as the sport has grown in popularity and ice rinks have increased in number and size across the region.

Ireton play in the Northern Virginia Scholastic Hockey League, and while results have not gone the team’s way thus far this season, DiCarlo is encouraged by what he has seen from his team.

“I think that we’ve made huge improvements over the course of the season,” he said. “Despite our record, I think we’ve played better than our talent level in almost every game, maybe with the exception of a few.

“I think we really have played above our heads in terms of what I think we’re capable of, [and] I think the team has played well, they’ve responded well. It’s a good group of kids who take on adversity and really stick together. I think that a lot of lesser teams would have fallen apart by now, would have struggled with the record, but I think that’s a testament who the young men and women on the team are, I think they’ve stuck together.”

The league itself has a total of 21 teams from across Northern Virginia, with those teams split into four divisions during the regular season. In keeping with the growing popularity of the sport — aided locally by the recent revival of the Washington Capitals in the NHL — plenty of players come into the team having taken part in organized hockey before high school.

“There’s been years where we’ve had more teams in the league, and there’s definitely been years when we’ve had less, but it’s grown pretty much right along with the sport,” DiCarlo said. “It’s the popularity of the sport, the more rinks makes it more available. Twelve years ago we didn’t have these rinks that we have now, so there’s more rinks, there’s more kids playing hockey and the Capitals being more popular than they were is definitely a plus. The population of the city has grown, and people coming from the north down, it’s a confluence of a lot of events.

“I would say about 75 percent have played organized hockey before high school, and about 25 haven’t. We give them as much ice time as we can possibly get and afford, and getting [to play] is probably harder than affording it just because it’s so popular now it’s tough to get ice time. The kids take it upon themselves to play in additional leagues, additional training programs, spring leagues and stuff like that. We take the approach of any ice time is good ice time, and we try to get as much of it as we can.”

DiCarlo believes the future is bright for his program, in spite of their defeats this season in league play. With a number of new players coming in to join a strong returning core, they are hopeful that in the next few years they can start competing for a trophy.

“It ebbs and flows,” he said. “This year is a rebuilding year, we’re not overly competitive within league play. We’re not a threat, but in years past we’ve been competitive. I would think that in the next three years I think that the program will be really ready to compete for a championship.

“We have a good group of incoming kids next year, and then following that there’s a good group of kids that I think if we have some recruiting success or some success with kids getting into the school, we’ll be more than competitive. If we have some younger brothers coming up, we feel confident that we’re ready to take the next step.”

DiCarlo anticipates more than 25 players next year with the Cardinals, which would mean they could field a varsity and a junior varsity team with ease. They also continue to work with the Northern Virginia Ice Dogs, Junior Capitals and other youth hockey clubs in the region to recruit, and already have seen a number head for junior hockey and the college game, especially at the club level.

Having at one point had only a dozen players on their roster a few years ago, Ireton have experienced a great deal of growth in the program, and are optimistic about the continued growth of hockey both in the school and around the region.